From Cannes: ‘Once Upon a Time...in Hollywood’ is Nostalgic Fun — If You Can Overlook Everything Else 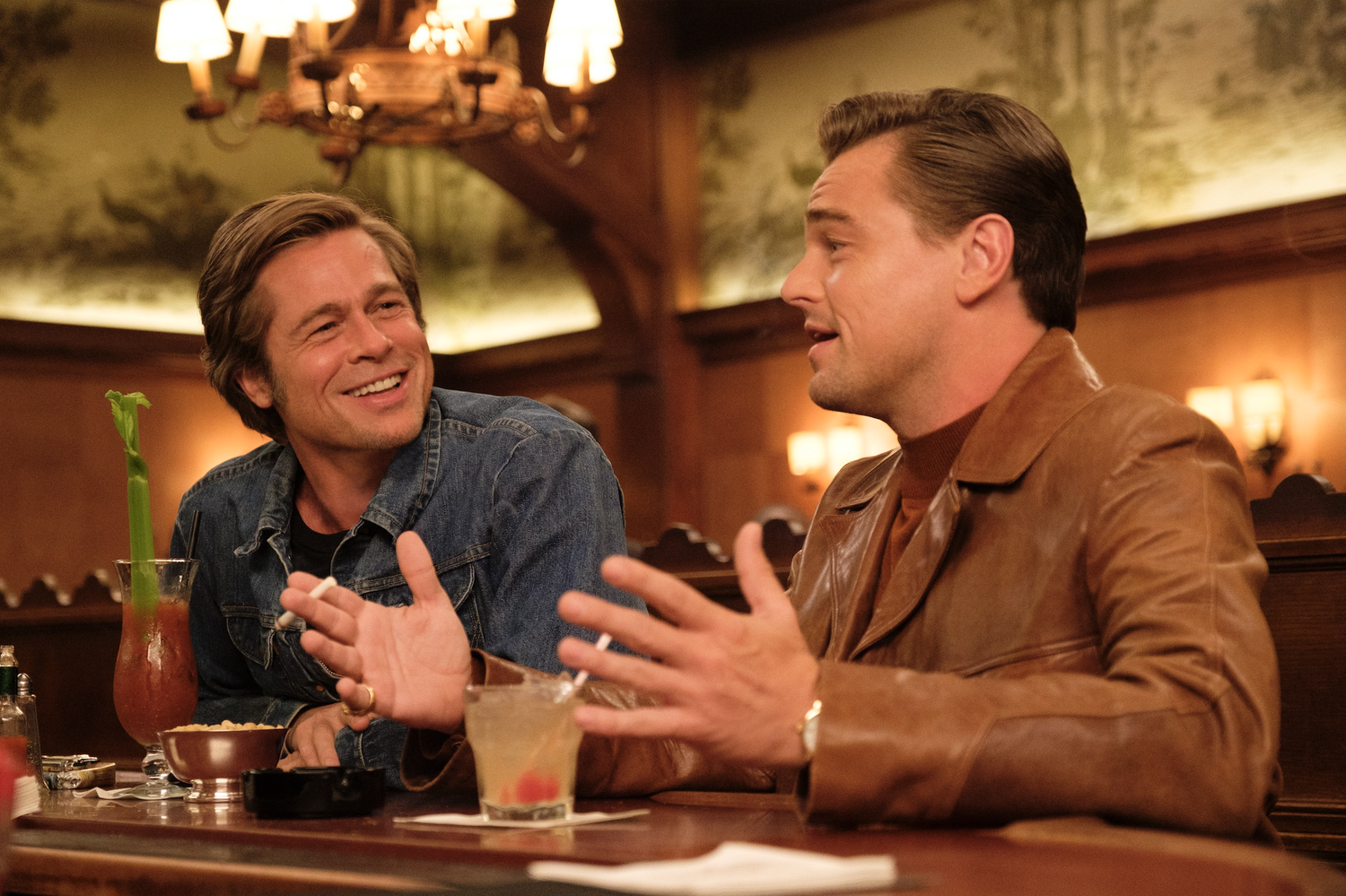 Brad Pitt and Leonardo DiCaprio star in "Once Upon a Time...in Hollywood." By Courtesy of Festival de Cannes
By Kaylee S. Kim and Lucy Wang, Crimson Staff Writers

25 years after he won the Palme d’Or for “Pulp Fiction,” Quentin Tarantino is back at Cannes with his most recent film, “Once Upon a Time...in Hollywood.” It’s wonderfully nostalgic, from its throwback soundtrack and light-up signs to the pastel cars that skirt down the streets, and creates a fantastically detailed picture of the changing scene of 1969 Hollywood. With a few self-referential jokes thrown in the mix, the film is a lot of fun — with Brad Pitt and Leonardo DiCaprio together, how could it not be? — that is, if you can overlook the problematic gender and racial politics Tarantino perpetuates.

Leonardo DiCaprio stars as Rick Dalton, an actor past his prime, now dissatisfied and struggling to find meaning in his work. Living in his shadow is his stunt double Cliff Booth (Brad Pitt), who drives Rick around Los Angeles to and from his sets. Next door to Rick resides the up-and-coming actress Sharon Tate (Margot Robbie) and her husband Roman Polanski (Rafał Zawierucha), both of whom were real victims of the Manson Family. Through Rick, Tarantino pays respects to actors who shaped their industry and defined an era through their careers: Rick’s agent Marvin Schwarz (Al Pacino) runs Rick through some of his highlights in film, including a quintessentially Tarantino-esque scene of one of Rick’s characters blowing a flamethrower on a cohort of Nazis when he comes out of his hiding place behind curtains. A reference to “Inglourious Basterds,” this scene — and others throughout the rest of the film — makes Tarantino’s film as much about himself as it is about Rick Dalton, as Hollywood is facing yet another wave of change.

Tarantino attributes this change not to New Hollywood but to the new generation of hippies, who subscribe to free love, psychoactive drugs, and communal living. A particularly young and playful hippie, Pussycat (Margaret Qualley), catches Cliff’s eye multiple times as he cruises through the streets of L.A. running errands for Rick. Finally, the stars align for them and she hitches a ride in his car, leading him to her home on the Spahn Movie Ranch, where the Manson Family lives. The seemingly harmless teenagers digging through trash and parading around L.A. in earlier scenes of the film now give chills with their eerily piercing glares and smug expressions, living in a filth-ridden abandoned Western movie set. Even with the historical context of the heinous crimes of the Tate murders, Tarantino’s portrayal of the youth as a threatening and fearful force perhaps reflects a personal fear of the young and upcoming talent in Hollywood.

DiCaprio delivers a captivating performance as Rick, deftly switching between moments of passionate self-loathing and self-righteous arrogance. The scenes-within-scenes are as indulgent as they are enjoyable, and it’s easy to become invested in Dalton’s acting on set. Similarly well-cast is Pitt, who conveys a sly grin under his golden all-American smile, covering up a dark secret of his own. Tarantino endearingly shows both Rick and Sharon as actors who want to be appreciated and recognized: After Rick beats himself up for forgetting his lines on set, he returns to give a killer performance, which is both a testament to DiCaprio’s acting and Rick’s determined character. A young actress (Julia Butters) tells him, “That’s the best acting I’ve ever seen,” which is enough to make anyone (including Rick) tear up. Sharon also thrives on other people’s approval: When she watches her own film in a theater, she’s happily giddy when the audience chuckle at and cheer for her character.

Though Robbie does get some screen time, her lines are still far and few between. After a few too many slow motion body shots, it becomes increasingly clear that her character exists for visual appeal rather than any sort of depth, which is just one manifestation of the film's reductive representation of its female characters. Several lingering shots of the female characters’ bodies make clear that at its core, the film views the world through the male gaze. The most unnecessary is a scan (starting from foot to head) of a naked, sleeping Sharon Tate, which serves no narrative purpose, though there’s also an extended shot up Pussycat’s shorts while she’s leaning into Rick’s car. Tarantino isn’t shy about his enthusiasm for women’s feet, either: When Rick drives Pussycat home to Spahn Ranch, her dirty feet (because hippies always walk around barefoot, apparently) are pressed against the windshield the entire time. Sharon also puts her bare feet up on the theater seats in front of her while she watches her film. Tarantino is free to indulge in his fantasies on his own time — but in a film, which purports to give each character their full humanity regardless of gender, such attention reduces a woman to her physicality.

Also questionable is the film’s emasculating representation of Bruce Lee (Mike Moh), who challenges Cliff to a fight on set. After Bruce whimpers an exaggerated martial arts battle cry, Cliff swiftly hurls him into a car, making a body-sized dent and "defeating" him. This would-be comedic scene likely exists to demonstrate Cliff's mammoth physical strength, though it comes at the expense of Bruce Lee, one of the few athletic Asian figures that Western audiences recognize. This act of physical dominance then has deeper implications of emasculation and even colonialism, as a white man defeats someone from one of the many countries that the West has exoticized and othered.

If you’re expecting an entertaining and well-crafted film, Tarantino by all means delivers, and so does his stellar cast. But even compared to his older films, “Once Upon a Time” seems to cater even more to white male audiences than his other films, which is almost ironic considering that the current state of Hollywood continues to demand more diversity in the industry. This tension, of an otherwise exceptional film that fails to wholistically represent everyone involved, is perhaps telling of Tarantino’s philosophy of filmmaking: If he can make a damn good movie, who cares about anything else?