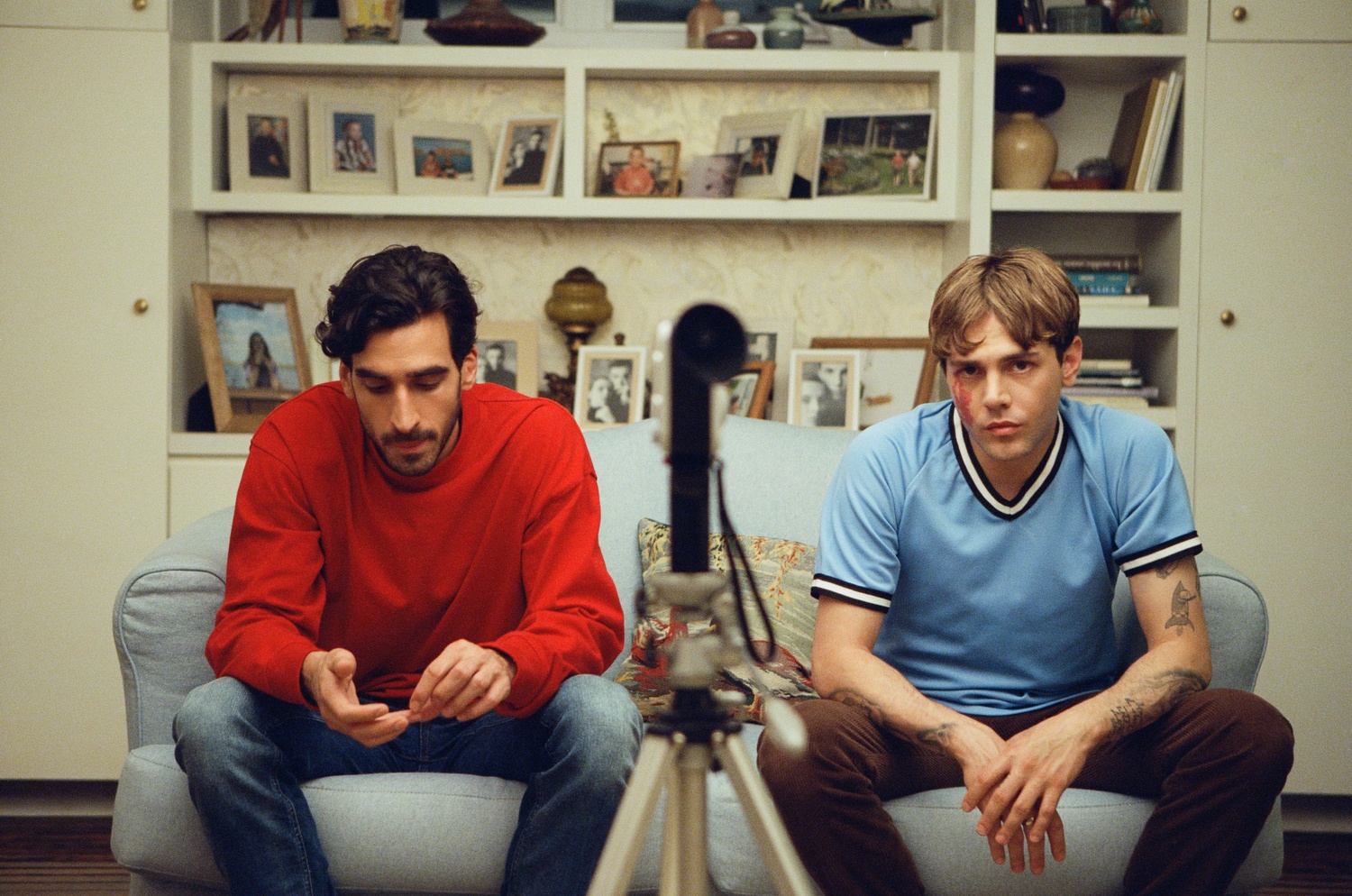 Xavier Dolan may have just turned 30, but he already has eight feature films under his belt. His newest film channels some of the themes he knows best — boyish angst, toxic mothers, and ambiguous sexuality — in a story located in his hometown of Quebec about two lifelong friends grappling with more-than-platonic feelings for each other. “Matthias et Maxime” is a contemplative exploration of male friendship and intimacy that sees Dolan more restrained and pulled back from his usual flurry of screaming matches and fourth-wall interruptions. In result, however, it lacks the sense of urgency, the emotional risk-taking that brings one close to the characters and to the director himself, such that their romance never convincingly comes to life.

After Matthias (Gabriel D'Almeida Freitas) loses a bet with friends, Rivette (Pier-Luc Funk) convinces him to act in his younger sister Erika’s (a hilarious Camille Felton) film with Maxime (played by Dolan himself). Always injecting her speech with English slang, Erika describes her project for school as “super impressionist but also expressionist” and reveals that her two leads make out. Max recalls a time in high school when he and Matt might’ve kissed, which Matt doesn’t seem to remember — but given that he also claimed to have never corrected Rivette’s grammar, which there was video evidence for, Matt seems to have a selective memory. But he has no choice but to ruminate their kiss now, and becomes quietly brooding. He avoids interacting with Max, even up until he’s about to leave for two years to Australia, and is noticeably distracted at his banker-type job and with his wife, Sarah (Marilyn Castonguay). More than once, he looks longingly at Max through a window. But his attempts to suppress his emotions often come at the expense of those who care about him — “The kiss meant nothing to me, Sarah!” he yells — which makes him a difficult character to care for, though Dolan evidently wants both characters in this latent romance to evoke empathy.

While Matt has these moments of supposed reflection, Max does not, perhaps because he doesn’t have the privilege or time to think about his brewing feelings. He cares for his mother, Manon (Anne Dorval), a physically abusive, recovering drug addict who doesn’t want his help, though she’s pretty much helpless without him. After the two get into another explosive fight, Max takes the bus home and makes suggestive eye contact with a man, but his interested smile turns into a look of concern as Max’s forehead starts to bleed from the TV remote that his mother threw at him — their shared gaze is interrupted by the pain caused by his mother. (He also has a dark pink, teardrop-shaped scar on his cheek that makes him look like he’s crying blood.) Still, it sometimes feels as though the kiss didn’t affect Max at all — he asks out his coworker, Lisa (Catherine Brunet), and spends his remaining days at home with his friends before departing.

Dolan is a controlled and deeply affecting actor, and D’Almeida Freitas is expressive despite his few words. But there’s something missing between the two, and their emotional turmoil never bubbles to the surface. Each — with varying degrees of transparency — is struggling to grasp their feelings for one another, but the exploration of their romance stops there and fails to resonate with meaning or passion. Dolan relies on musical cues to conjure the inner turmoil of his characters — such as a forceful piano riff when Matt goes for a swim the morning after the kiss — but the score isn’t enough to bond the two, and his witty screenplay only enlivens the friends' hang outs rather than the bond between Matt and Max. Their romance, which is intended to drive the story, inevitably feels like the subplot of two friends who must soon bid farewell.