Portrait of an Artist: Adele Lim 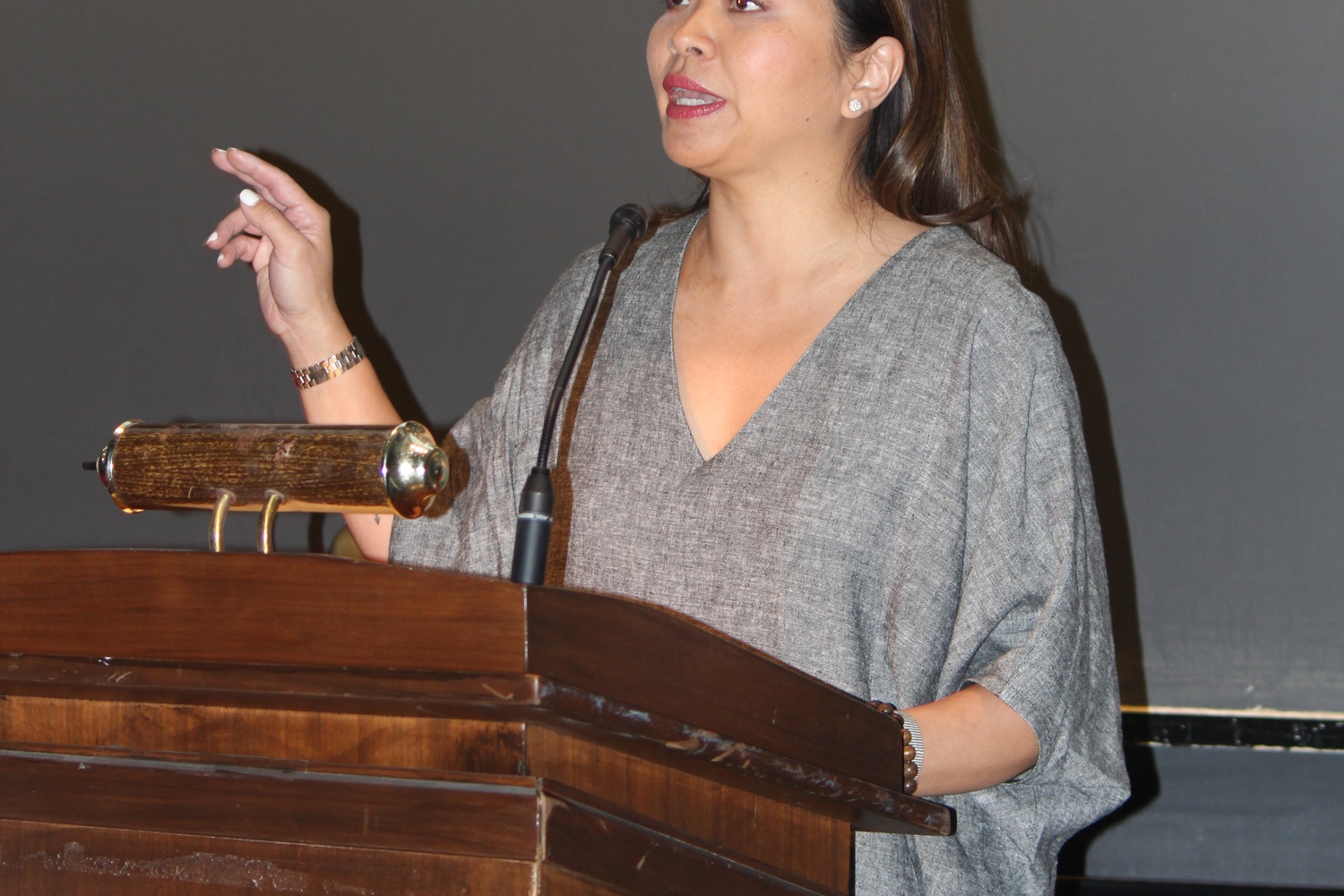 Adele Lim is a writer and producer for film and television, whose credits include co-writing the screenplay for “Crazy Rich Asians,” adapted from Kevin Kwan’s novel. She has also worked on several primetime TV dramas including “One Tree Hill,” “Private Practice, and “Lethal Weapon.” Lim is currently working on the screenplay for a Disney animated feature. The Harvard Crimson sat down with Lim to discuss representation in “Crazy Rich Asians” and Asian stories in mainstream media.

The Harvard Crimson: While working on “Crazy Rich Asians,” how did you balance making sure you had a broad range of representation but also making sure that, at its core, the story was universal?

Adele Lim: Most people don’t approach work thinking, “I’m going to do a diverse project.” I think that you want to tell an authentic project, whatever it is. Even if it’s in a heightened, crazy, insane setting, it’s authentic to that crazy, insane setting. You want the roles you depict to be true to life when it does come to diversity and you don’t want implicit bias of the content creator to whitewash a project. It’s about building allies, not about scolding people and saying, “You’re not doing this.” Sometimes people are not aware, and I think we’re trying to increase that awareness and have people be more mindful about it.

THC: One thing that struck me about the film was the dialogue between the Asian-American experience and the Asian experience. I wanted to ask how you developed that dynamic and how your own experiences might’ve informed that.

AL: It was very interesting for me because I’ve been on both sides of the coin. I grew up in Malaysia, and I didn’t come here until I was 19. It was fascinating to me how a lot of Asian Americans who grew up here very much felt like the other, and [I] wanted to lean into that and see how that was different. It felt like a double whammy of growing up here and feeling like an other and also perceived as an other in what was supposedly your mother culture. That was an interesting thing to get into.

It came to a lot of interesting creative discussions when we wanted to figure out what the core conflict of the movie is, because there are movies like “The Big Sick” and other things where the disparity is more obvious, where you’re dating someone of a different culture of a different race. Here, he’s Chinese and she’s Chinese, so what’s the big issue? That’s an angle we wanted to explore with Eleanor: Her issue with Rachel wasn’t just being a stereotypical, evil-for-no-reason mother-in-law, but a fear that her family was going to break apart after everything she sacrificed to keep it together.

THC: You’ve discussed proving yourself by writing white stories in your own Hollywood career path. One thing I’ve seen to be a difficult issue to navigate is finding this balance: You don’t want to be pigeon-holed as an Asian-American writer who tells Asian-American stories, but also, if you’re not telling those stories, who is? Is there a balance to be found?

AL: I don’t think there’s a concrete way to break it down. When I was starting out, and things are a little bit different now, there were not a lot of other Asians that I could go to as a model I could emulate. It’s not about denying who you are, but you can see that there are projects out there getting picked up, which are getting funding, which are getting lauded, and if you’re just starting out, it was this feeling of, well, if I don’t do this, I’ll be perceived as a person who can only write about my culture.

To answer your question about how to balance the stories you want to tell, I don’t think there’s an easy answer to that. I feel like you do what authentically feels right to you, and sometimes you make decisions based on making sure you’re established enough in the industry. In my ideal world, we’re all writing for each other. My concern is that we’re not writing for each other. Because one culture is writing for themselves and the rest of us feel like we have to adhere to that, there’s this onus that I have to be the person writing specifically about my culture.

THC: I’ve heard backlash about the film saying that it celebrates Asian representation when it really more specifically channels an East Asian or an ethnically Chinese perspective. How do you grapple with the limitations of representation in any given story, especially in a space with relatively limited existing representation and so many expectations?

AL: Again, it’s your intent going into the project. There are not that many Asian Hollywood studio projects about Asians. Then the one project that is Asian suddenly has to take on the burden for all Asians. It has to take on criticism at a level that was often: Why are we only telling the story of rich Asians? Singapore is a small but very diverse country of Indians, Malays, and different kinds of Chinese, and why weren’t we telling that story?

Ideally, within the small bubble of that family, we get to explore themes and issues that really resonate with other communities. The food scenes, which were very specific to my family and that culture, you find it resonates with the Latin American community, [and] the Persian American community. The more you can lean in an authentic and true way into that character and that character’s culture, hopefully there are universal truths about it that have a wider appeal.

THC: Moving forward, you’re currently working on a Disney project, but in general what are some stories you feel you’re personally hoping to see more of in Hollywood or stories you’d want to explore more?

AL: Everything! I want to see stories like, my grandmother was this amazing person who existed in a unique generation of having to bridge World War II… Men had those stories too, and it’s not just, “Oh, yay, women — let’s tell women’s stories.” The stories of women are amazing and rich and heartbreaking and rarely get told because you need that female writer or a male writer who is just uniquely empathetic and sympathetic to that. But, a lot of these women had to contend with families and children and the blood, guts, sweat, and tears of keeping children alive and keeping their families going, and a lot of them just dealt with it and soldiered on. A lot of them don’t even talk about it that much, and I want to make sure we get all those stories before it’s too late.