From Boston Calling 2019: Travis Scott is the Highest in the Room 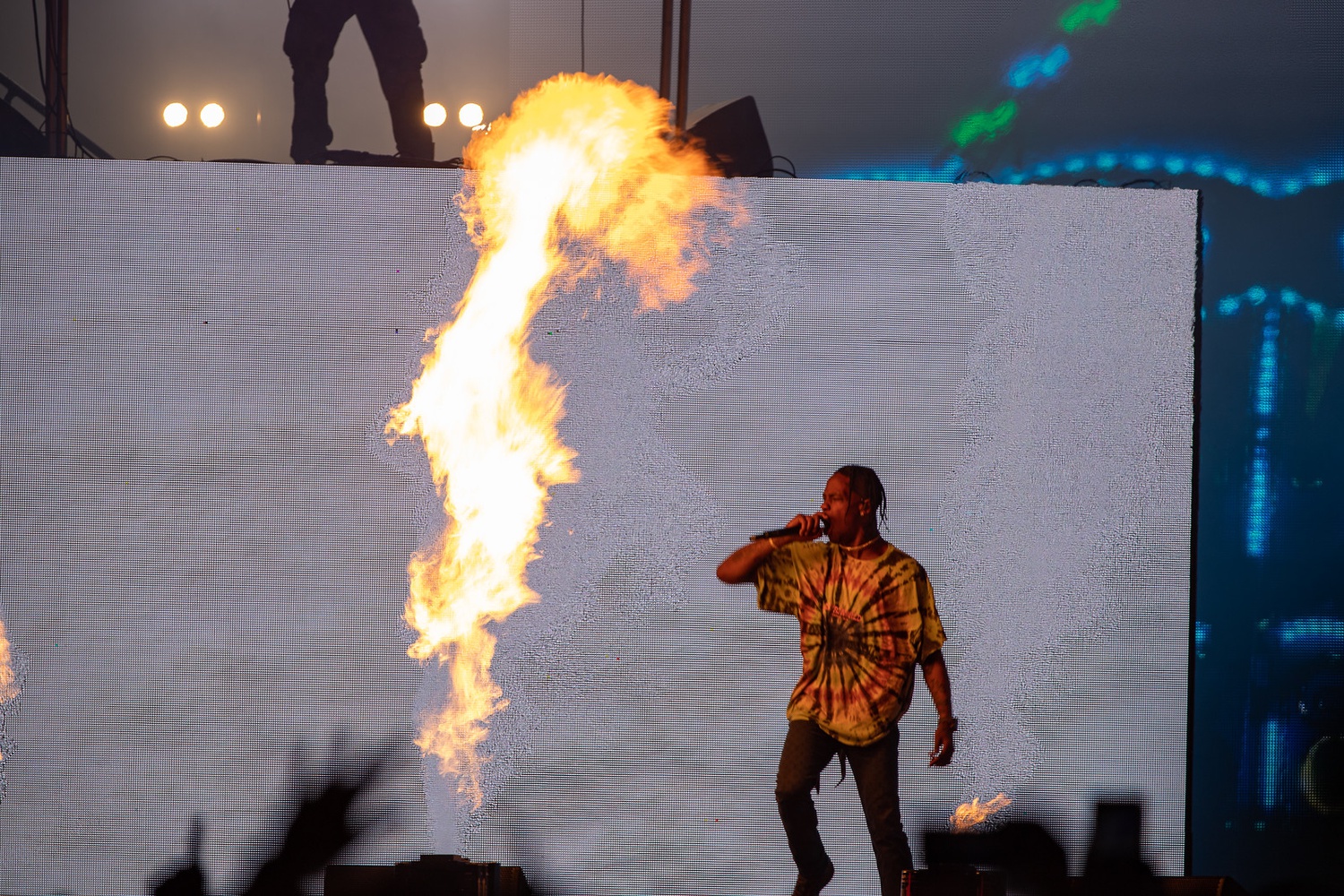 Two months after the Astroworld – Wish You Were Here tour — during which he rode roller coaster and Ferris wheel sets on stage — the bar was high for Travis Scott, who was the final headliner at Boston Calling 2019. The creative genius behind one of last year’s most popular singles, “SICKO MODE,” as well as the critically acclaimed 2018 album “ASTROWORLD,” Scott is one of today’s largest cultural icons. He met these expectations at Boston Calling, where he executed an out-of-body, astronomical experience that transported the audience to new heights of light and sound.

Opening on a 1980s commercial for the Houston, Texas Six Flags amusement park, Scott’s act revolved around “ASTROWORLD.” He rapped “RIP SCREW,” “BUTTERFLY EFFECT,” and “STARGAZING,” alongside his features on Young Thug’s “The London” and SZA’s “Love Galore” and his 2014 single “Mamacita” and 2016 hit “Goosebumps.” While similar to the recorded versions of songs, they were higher energy, as Scott rapped with greater emphasis on certain lines.

On Scott’s set, the illusion of depth made it impossible to discern which objects were on the display and which were actual objects, from the gigantic teddy bear on the right side to a high-up hanging podium lit around the sides to resemble the top of a carousel, a reference to the second track on “ASTROWORLD,” “CAROUSEL.” The DJ towered above on an elevated surface with his mixer, while Scott appeared on the foreground of the stage wearing a tie-dye shirt that glowed under the blacklights. As the performance continued, parts of the seemingly 3D set, in part created by the displays, disappeared to allow for other backdrops, whether they were the Texan flag or state outline, graphics of the cosmos, or panoramic shots of the fanatic crowd as everyone raised their middle fingers shouting, “Fuck the club up!” along to “NO BYSTANDERS.” At one point graphic heads spun around on the 2D display, underneath the 3D carousel top whose lights made it seem like it was also spinning, and side displays outlined the silhouette of Scott and the lines of his tie-dye T-shirt in neon, on a black background, or lit up his figure as though he were made of sparks. The effects sometimes changed as rapidly as the beat, combined with upward bursts of flame and smoke and flashing colored spotlights that blared out over the audience, pumping adrenaline into the air. It was all on-brand for Scott, who was featured on Forgotten’s “Strobe Lights.”

Scott’s concert saliently exemplified when the audience contributes significantly to the holistic experience — engagement was widespread, and Travis Scott knew how to ask for it, whether commanding his fans to get low, turn their phone flashlights on, or raise both arms. The crowd followed along more than any other of the weekend. Without Scott, the crowd sang the introductory verse of “CAN’T SAY.”

It was Scott’s expertise, nonetheless, that kept the energy at the brink of explosion. Early on, he said he would “keep this motherfucker open until 4 a.m.” which was met by a roar of applause (even though he ended several minutes early.) He strategically calculated transitions, subtly hinting at what the next song would be to build tension. He complained that people need to pick up their cell phones before “Pick Up the Phone,” and asked who was the “highest in the room” before his last track, an unreleased song that features the lyric. He removed his shirt in time for “Antidote,” and the lyric “open up that window.” Scott appeared small before the monolithic carousels behind him, accentuating the grandiosity of the world within the stage, standing in a wide stance as he spit verses on stage and hanging podium alike. During one of the show’s best transitions, Scott appeared magically on the lower tier of the hanging podium and noted that there was only one more mode that he and the already-riled audience could possibly reach. The blaring that opens “SICKO MODE” caused frenzy.

A cohesive style — a thunderous, dungeon-slamming sound at the end of each song, piercing hawk screeches, the whirlwind amusement park iconography, and the flair of his music itself — grounded the many transitions throughout Scott’s performance. Scott did not simply put on a show — in a heady hour and a half, he transported the audience into a world of his creation.