From Boston Calling 2019: A Mellow Show From Lord Huron 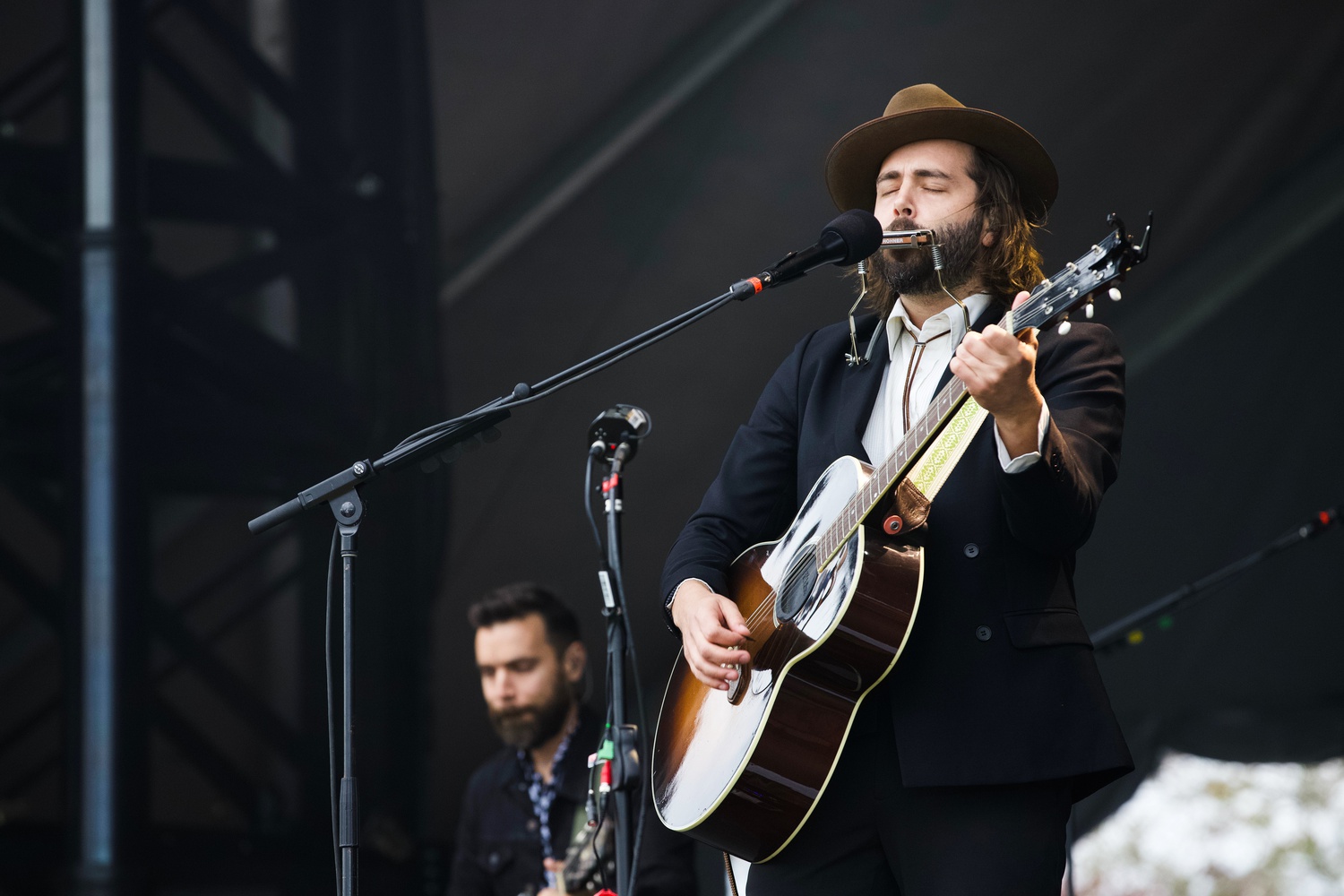 Lord Huron resembled many an indie folk band as they mounted the stage at Boston Calling Friday evening. The band members sported styalized acoustic guitars, and lead singer Ben Schneider wore a suit with a blazer and a long bolo tie fastened under his collar. They never transcended that initial impression. A long soft guitar and vocal opening followed by a crescendo, added instrumentals, and sometimes a quickened tempo comprise the staple structure of Lord Huron’s music. While heartfelt and relaxing, their music is relatively homogeneous. They are an archetypal band of indie folk with few elements that distinguish them from big-name, stylistically original precedents like Mumford & Sons or The Lumineers, and the same went for their performance.

For noncommittal but appreciative fans of Lord Huron’s style of country-tinged indie-folk music, the concert was unenthralling after the first song. It also meant that everything besides the music was fair game for scrutiny, from their outfits to hair to the awkward lower-right-hand angles of Schneider on the large displays on either side of the stage. He donned a distracting hat that repeatedly fell off, when not intentionally thrown down while headbanging. His scrunched face as he got into the music contrasted with the drummer’s smile as he nodded to the beat. His entire persona seemed contrived, from his smooth “Thank you thank you thank you” after one song to his “How the hell are you doing out there, Boston?” to a hint of a Southern accent that evidently was not his, a Michigan native. Lord Huron raises the question of what it means to live your art. A successful artist does, while others come across as cheesy to the skeptic viewer. Lord Huron treads on the threshold.

The performance was enjoyable but somewhat chaotic — there were a number of men with guitars on stage, as well as someone who at times simply clapped a tambourine while cameras streamed her on the large screens. Lord Huron’s style aspires to a touching mellow through songs like “Wait By The River,” but they conflate mellowness with blandness. Its lyrics and title include iconography that may invoke nostalgia for some, but that is unexciting for those who cannot relate to waiting by rivers. Mellow music can be great for those in the right mood, but a concert, where the crowd’s attention is upon the artist, demands enhancing elements. Beyond the vocals, percussion, and guitar, there were few other noteworthy elements to the show. There was relatively little done with the lights besides a consistent flashing overhead, and the displays were only lit in vertical grids of dots. Schneider and other guitarists only danced or walked around a little during relatively high-energy moments or songs, like “Fool for Love.” There were a few stand-out, odd moments, in particular the time Schneider said before the band played “The Night We Met,” a track featured on the television show “13 Reasons Why,” that he wasn’t telling the audience how to live their lives, but “This one’s good for making out.” Few people in the audience made out.

Lord Huron’s cut-and-dry performance simply did little live that it could not do via an audio-streaming app. They could do more to uplift and accentuate a mellow, yet pretty set to captivate the fans, existing and potential, that come to their performances.