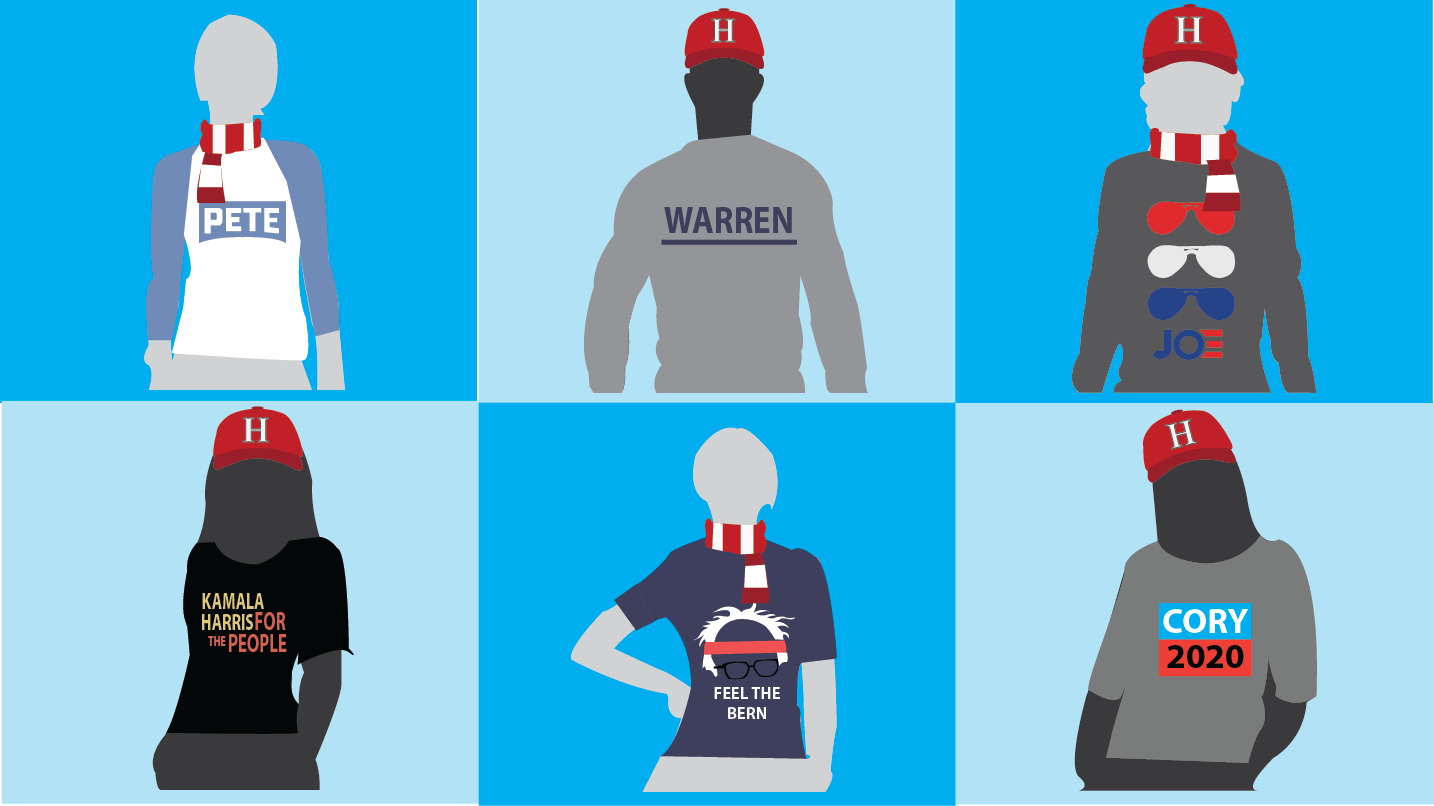 As the Democratic primary race heats up across the country, various groups supporting individual campaigns have begun to crop up on campus, each seeking to differentiate the candidates from the wide field and gain supporters.

“We’ve had subgroups for as long as we’ve been around, especially in primaries where we don’t endorse,” Sparks said. “In 2016, we had Harvard for Bernie and Harvard for Hillary.”

The campaign subgroup approval process requires drafting and editing a detailed organizing plan and holding a test event — like a watch party or phonebank — to gauge student interest in the candidate.

“If our board thinks they’d be beneficial to campus organizing, we approve them,” Sparks said.

After receiving approval from the Democrats Executive Board, subgroups operate independently and have their own student leaders. The parent organization, however, provides them access to RoomBook, allows them to publicize over its email list, and offers opportunities to apply for funding.

Leaders of the candidate-specific organizations said they have a variety of plans and goals to engage students on campus over the next year.

“We're going to do a lot of text banks and phone banks, and then we're going to take trips up to New Hampshire to do canvassing there to make sure that [Warren] wins the primary,” said Oswaldo Ambrosio ’22, one of the founders of Harvard for Warren.

Other groups, like Harvard for Pete, are focused on area-specific outreach.

“We're going to try to spread the word about Pete on campus and in Cambridge,” said Michael Baick ’22, the founder of Harvard for Pete. “I think that we have to talk to everyone at Harvard about it and to take advantage of the platform that we have to organize around Boston to get in touch with other Pete supporters.”

Una Corbett ’20, vice chair of Harvard for Kamala, said her club has similar aims. She also said the group is focused on teaching its members useful skills.

“It's really important to me and to us that we build members' skill sets,” she said. “We're not just saying, give us your time for this candidate. We’re helping you to grow in a campaign setting.”

Some clubs already organized trips to New Hampshire for the state’s Democratic Convention earlier this month.

Harvard for Kamala, for example, took a bus of 25 Harvard students and 25 students from other Boston-area colleges to New Hampshire.

“When I looked at that bus, it was something I've never seen in democratic politics before with young people — it was full of black and brown students,” Harvard for Kamala founder Damien Richardson ’20 said.

Candidate club leaders said they’re also focusing on the Massachusetts primary, which will fall on Mar. 3, 2020, and is part of the collection of high-stakes primaries known as “Super Tuesday.”

“Massachusetts counts,” Baick said. “We’ve got to go up to New Hampshire and win that primary, and then we've got to come right back here and win here.”

Though only the Harvard for Biden group is affiliated with the official campaign, many of the student campaign leaders are in contact with representatives of the campaigns.

Leaders from a number of groups — including Richardson, Baick, and leaders of Harvard for Bernie and Harvard for Cory — worked for or with their associated campaigns over the summer.

Piper Winkler ’21, for example, said she and others decided to found Harvard for Bernie after attending Students for Bernie Summer School, a program run by Sanders's campaign to train students in organizing on campus. She is also part of the campaign’s campus corps.

“Harvard for Bernie recognizes that its role is not simply to advocate for a presidential candidate,” she said. “Our organization is part of a national people-powered movement to demand progressive action for economic, social, and environmental justice through solidarity with the many groups who tirelessly bring awareness to those goals.”