‘The America Plays’: A Dive into Hidden American History 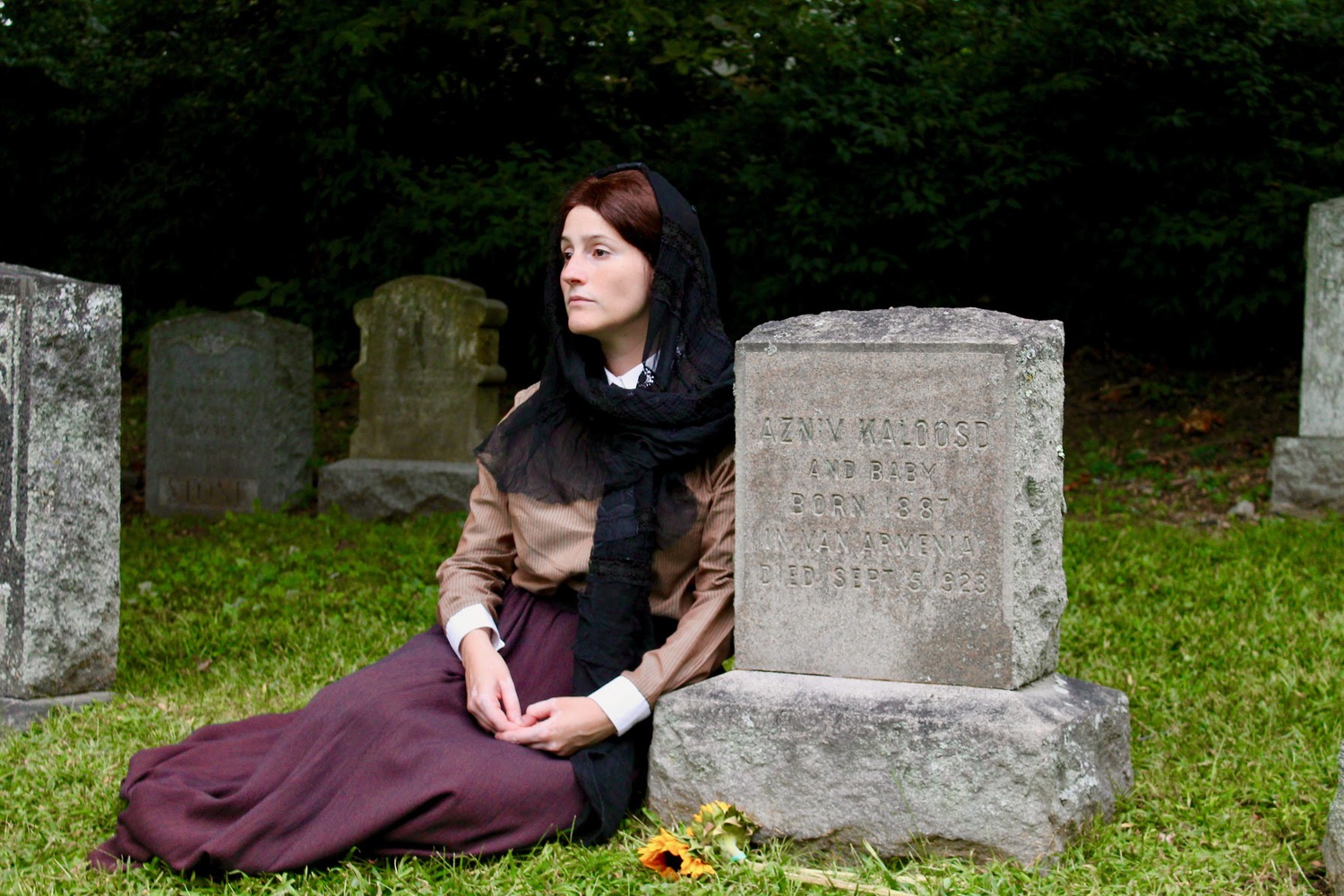 Founded in 1831, Mount Auburn Cemetery has remained a striking environment that both commemorates its dead and provides beautiful greenery to the Cambridge community at large. From Sept. 12 to 22, the cemetery forged new ground as it hosted a site-specific play created by playwright Patrick Gabridge, the cemetery’s artist-in-residence, who brought to life several of the buried to reveal their stories. Though a rather tough sell for most (as it does involve walking amidst the graves at night), “The America Plays” is a fascinating dive into American history, providing thoughtful commentary on each person’s rich life and connecting their stories to what it means to be an American.

The work focused on Mount Auburn founder Jacob Bigelow (Ken Baltin), medical practitioner Harriot Kezia Hunt (Karen MacDonald), associate judge Joseph Story (Robert Najarian), sculptors Edmonia Lewis (Cheryl D. Singleton), Harriet Hosmer (Amanda Collins), and Martin Milmore (Mathew C. Ryan), as well as actress Charlotte Cushman (Sarah Newhouse). “The America Plays” moves across time and dimensions — all the while bringing its audience across the sprawling grounds of the cemetery. In one “scene,” viewers were brought to the day Martin Milmore completed his monolithic Civil War “Sphinx” commemorating the dead. In the next, they were in an alternate reality where the ghosts of Lewis, Cushman, and Hosmer are summoned to air past grievances and finally forgive each other for past hurt. The play also expounded on the journeys of several of Mount Auburn’s Armenian residents, such as Armenian-born architectural engineer Thomas Amirian (1910-1993).

Since many of these characters were contemporaries, Gabridge’s play often focused on their relationships with one another. For example, one focal scene featured a showdown between the Hunt’s ghost and Bigelow, in which Hunt confronts Bigelow about forcing her to withdraw her Harvard Medical School application due to her sex in 1847. The scene functioned both as a recounting of events and an opportunity for its erring character Bigelow to be forgiven and redeemed. In this case, Bigelow is finally given the chance to apologize to Hunt. While it might provide a sense of justice or comfort, it doesn’t seem particularly right to confront history by reimagining it in this way, as it attempts to whitewash the views and actions of its dead.

The apology worked much better when it was not the heart of the scene. For example, the ghosts of the play’s creative female subjects were brought together for a reconciliation. This scene was much more compelling than the one between Hunt and Bigelow because Hosmier, Cushman, and Lewis devote just as much time discussing their close friendship and lives. The women not only speak about their difficult experiences and eventual triumphs within their chosen fields, but also on their queer experiences and relationships. These discussions move the play beyond an imaginary world, and anchor it in history — a decision that is much more compelling and less fanciful than these confrontations.

While the apologies did not always feel authentic, the painful recounting of experience did. When Edmonia Lewis, the only African-American character within the play, spoke to the added difficulty she faced in her career due to her race, her charged words evoked both anger and hope. This was made all the better by Singleton’s powerful delivery.

The witty repartee and sparring of this scene between women was all the more delightful as it took place at the top of the cemetery, close to where each of the women (save Lewis) was buried. Part of what made the play such an enjoyable experience was its seamless incorporation of the surroundings into the narrative. The hill naturally forged a stage that makes each character’s reflections feel all the more grand, giving them rightful gravitas. And at its essence, that was what the play is really about: Reporting the extraordinary and plentiful lives of people we might not otherwise notice.

Of course, some of the chosen stories were less interesting, such as that of Bigelow and Milmore, which was supposed to provide commentary on the American Civil War and the uncertain political climate of the time. This scene — due to awkward, contrived dialogue largely meant to provide context and background — felt forced and wooden. Ultimately the men’s discussion did not provide any new insight into this moment in history. In spite of Baltin’s and Ryan’s fine acting, the men’s dialogue simply skimmed over major issues, providing vague statements about recovery and rebirth that were not as effective or engaging as the later conversations held by the group of women.

Perhaps the most compelling story of all was a retelling by Amirian (Ryan) of how his family escaped from Armenia during the Turkish genocide of the Armenian people. The whole cast came together to deliver a haunting vision, with the adult Amirian at once reflecting on the events as its first-person narrator and also providing the voice of the young Thomas in the narrative. Because this portion of the play had a concrete narrative and gripping narration, it resonated the most. It successfully transported its audience to a time of anguish and addressed past pain with sensitivity.

Conceptually complex and wonderfully executed, “The America Plays” brought a truly fresh perspective on local and national history. Though it did struggle between commemorating its characters and unnecessarily excusing them, it nonetheless did a creative job rejuvenating these human spirits.