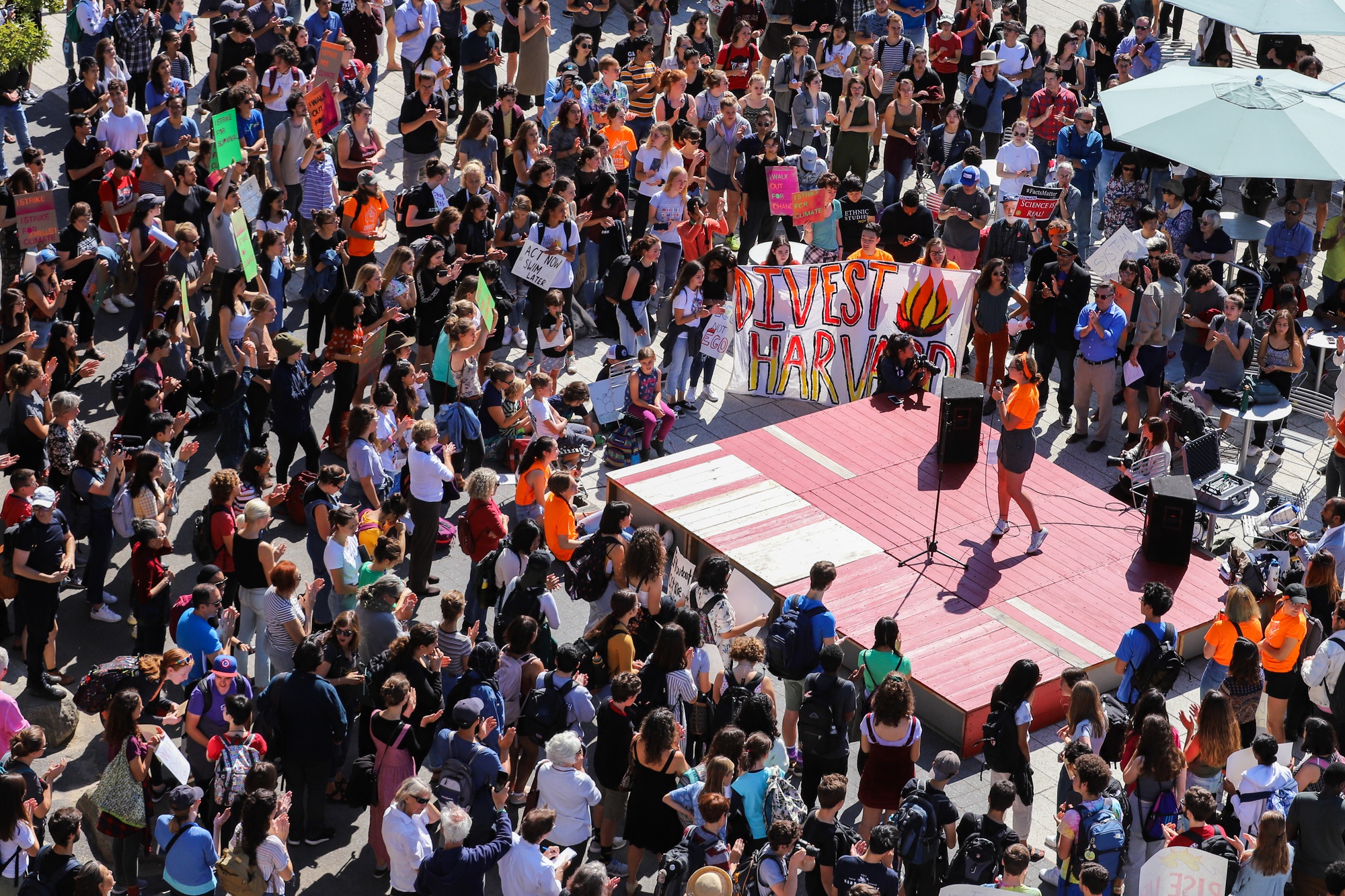 On Sept. 20, more than four million protesters took part in a global demonstration to call attention to climate change. Divest Harvard — an organization advocating for the University to divest its endowment from the fossil fuel industry — organized a rally in Science Center Plaza featuring guest speakers including Cambridge Mayor Marc C. McGovern and English professor Ju Yon Kim. Harvard affiliates and students from nearby schools gathered on campus before joining a larger rally at Boston City Hall Plaza. 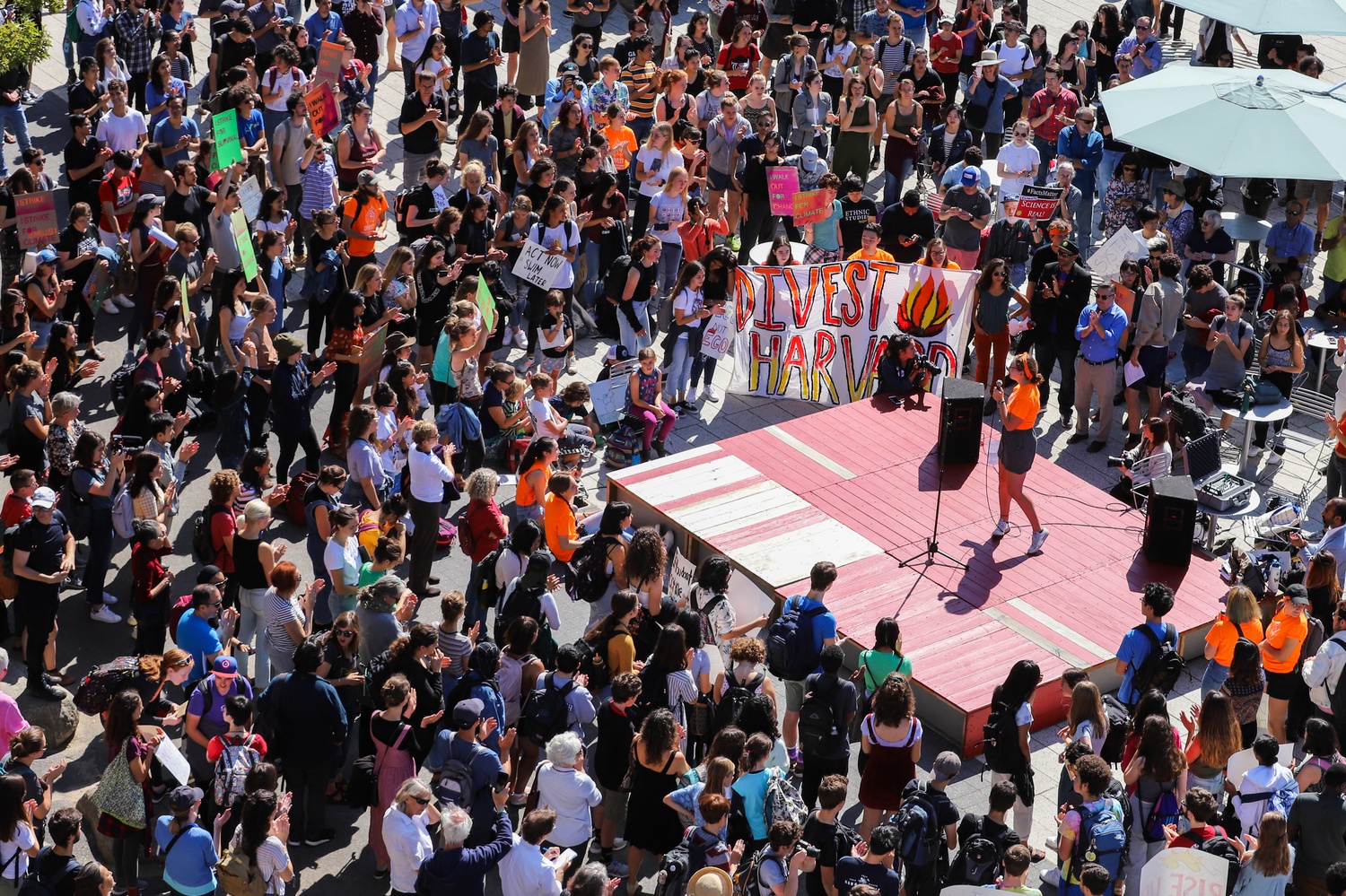 Hundreds of students, faculty, and residents joined the rally which began in the Science Center Plaza at 11 a.m. For the first hour, speakers from the Cambridge community, including Harvard students and faculty, spoke about the detrimental effects of climate change and the need for global action. 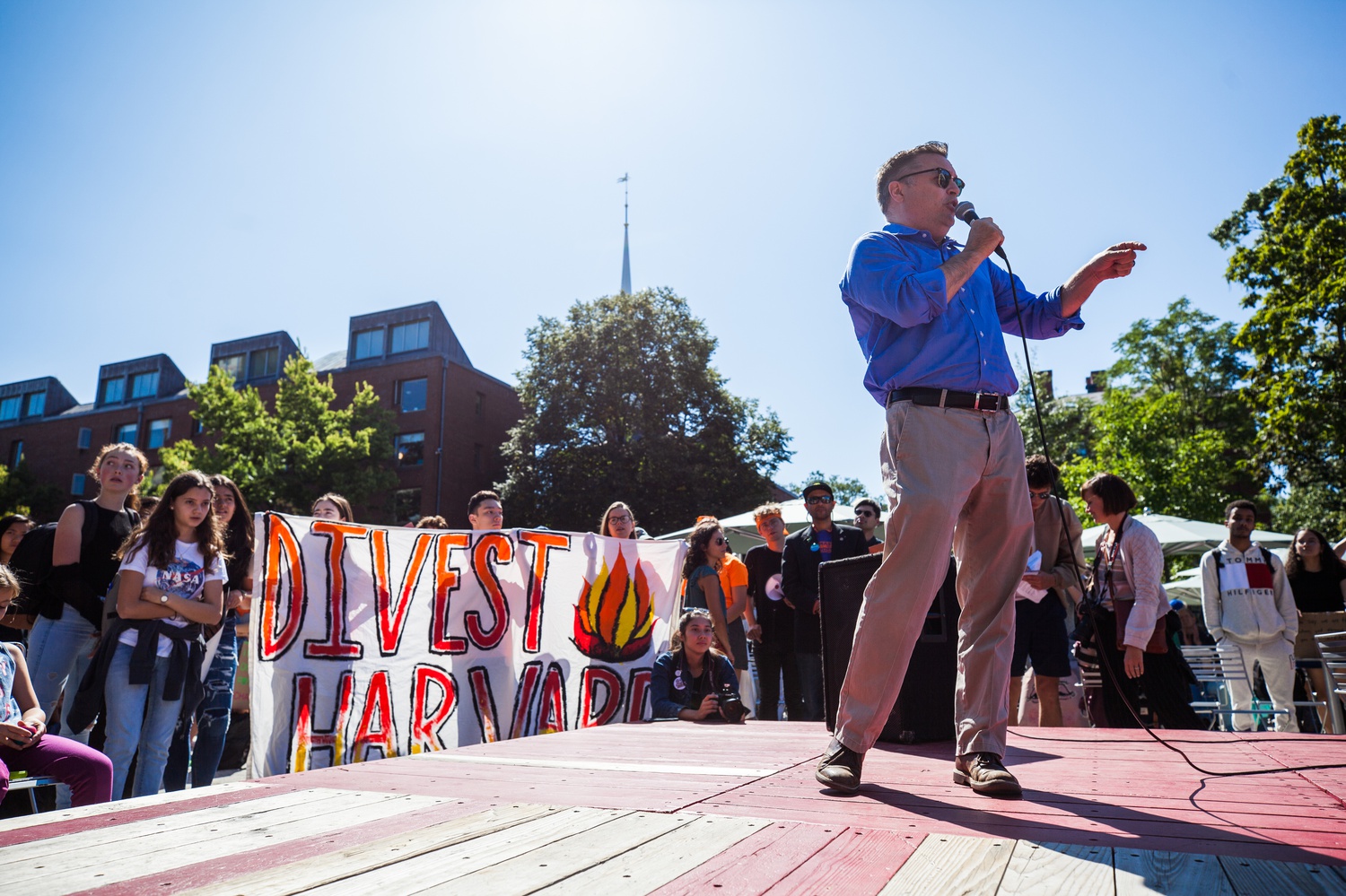 Cambridge Mayor Marc C. McGovern was one of several local elected officials at the strike. He encouraged strikers and said that Cambridge’s government was doing all it could to fight climate change. 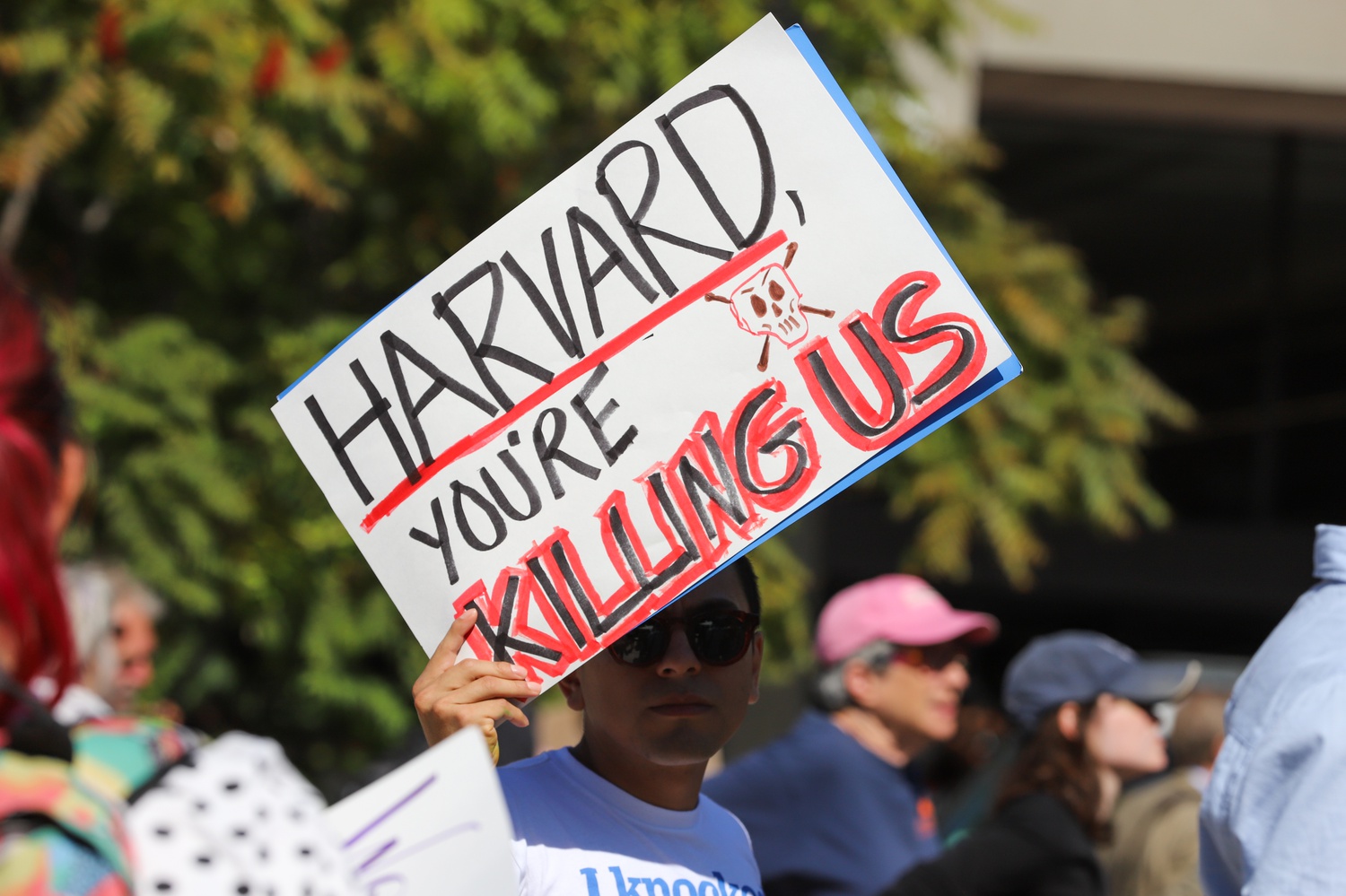 Many people came to the square with homemade signs. Richard E. Merino (above), a student at the Harvard Kennedy School, joined the Climate Strike in the Science Center Plaza. He came to the strike in an effort to pressure the University to divest from fossil fuels, a step that he hopes will convince other schools to do the same. 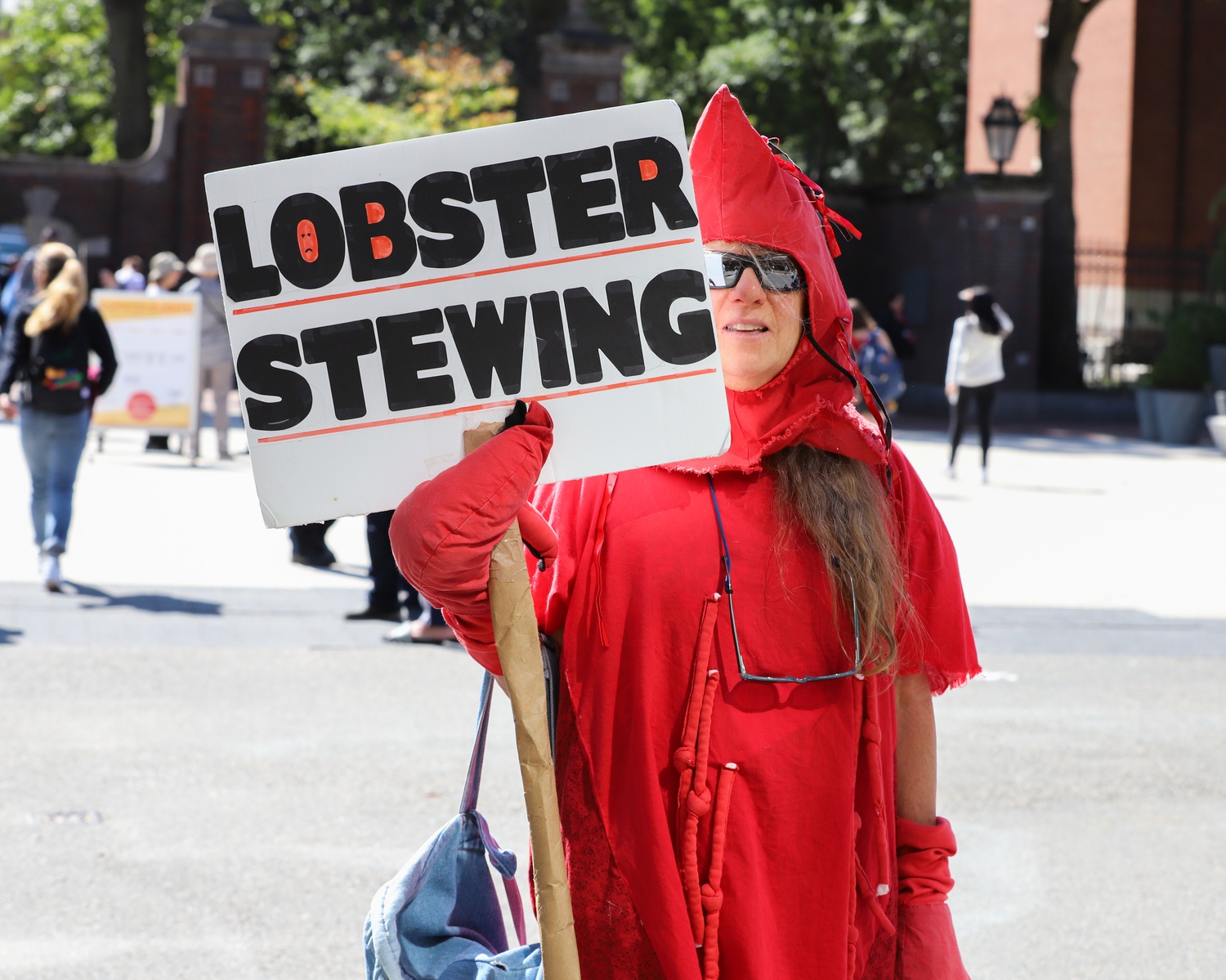 Susan A. Waddy came to the strike dressed as a lobster to help raise attention for the movement. She had made the costume for her daughter and the sign for the last climate strike she attended. 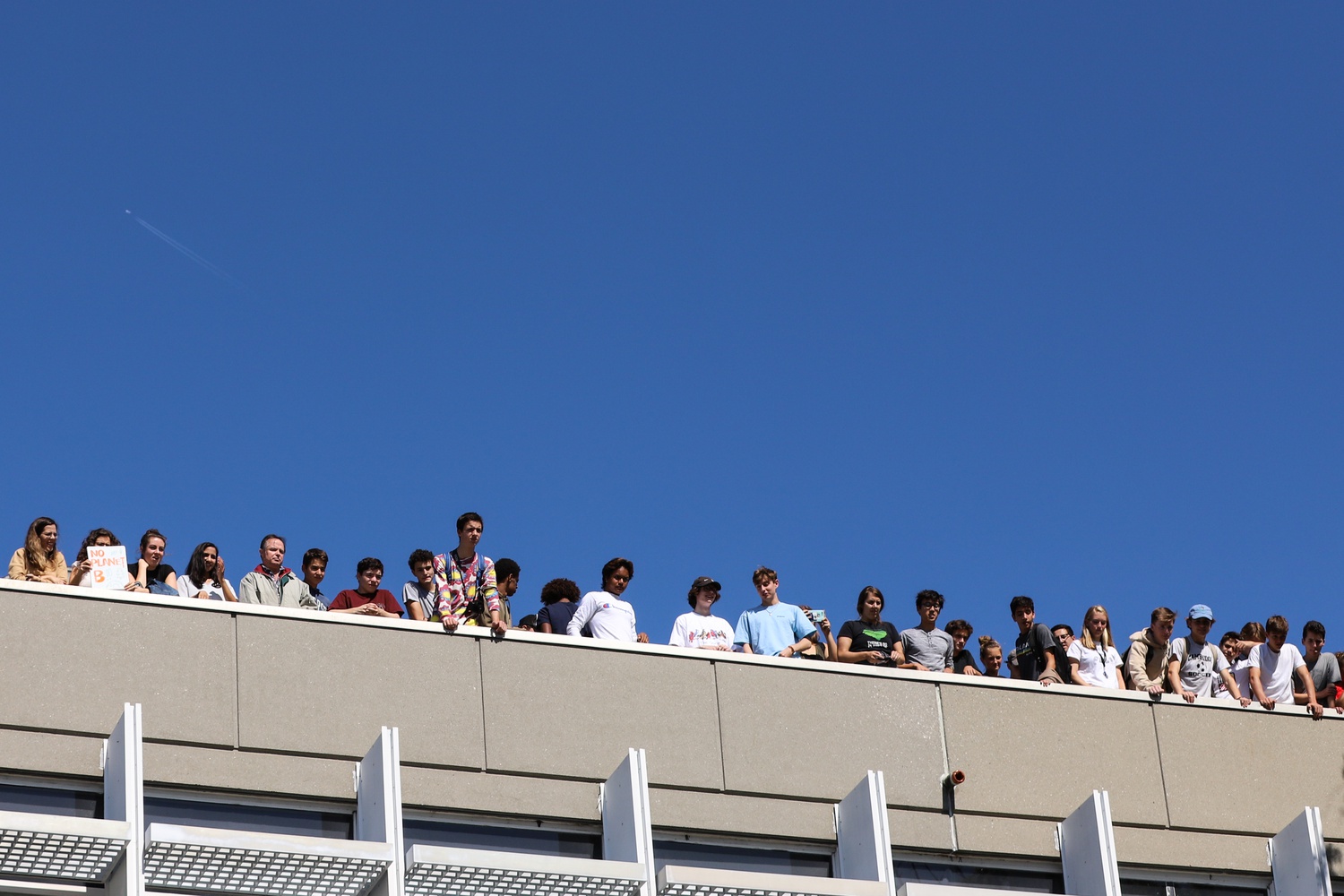 People gathered on the Science Center's third-floor balcony to watch the strike happening in the square below. 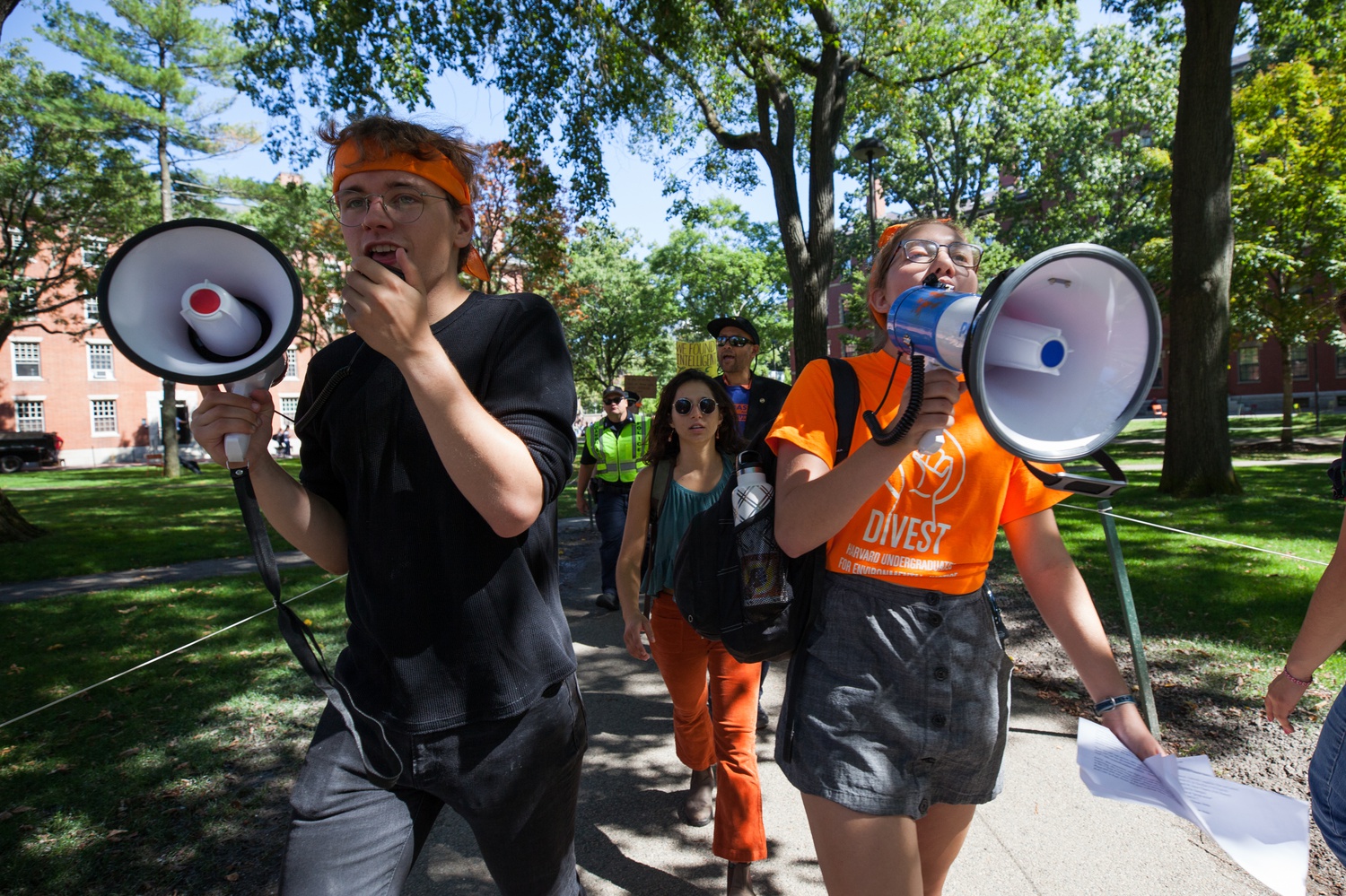 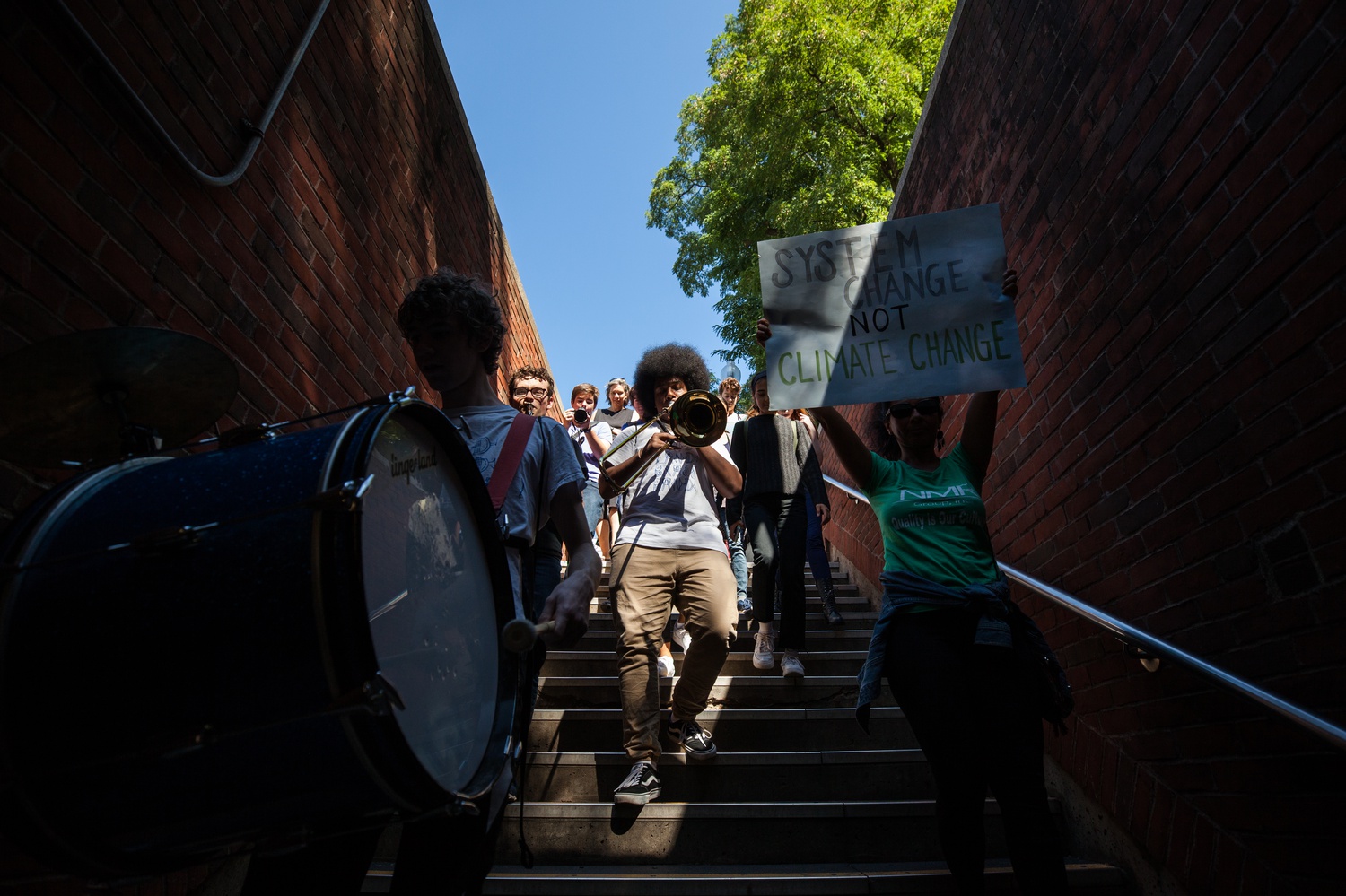 Around 11:30 a.m., Divest protestors left the Yard to join a larger protest on the City Hall Plaza. 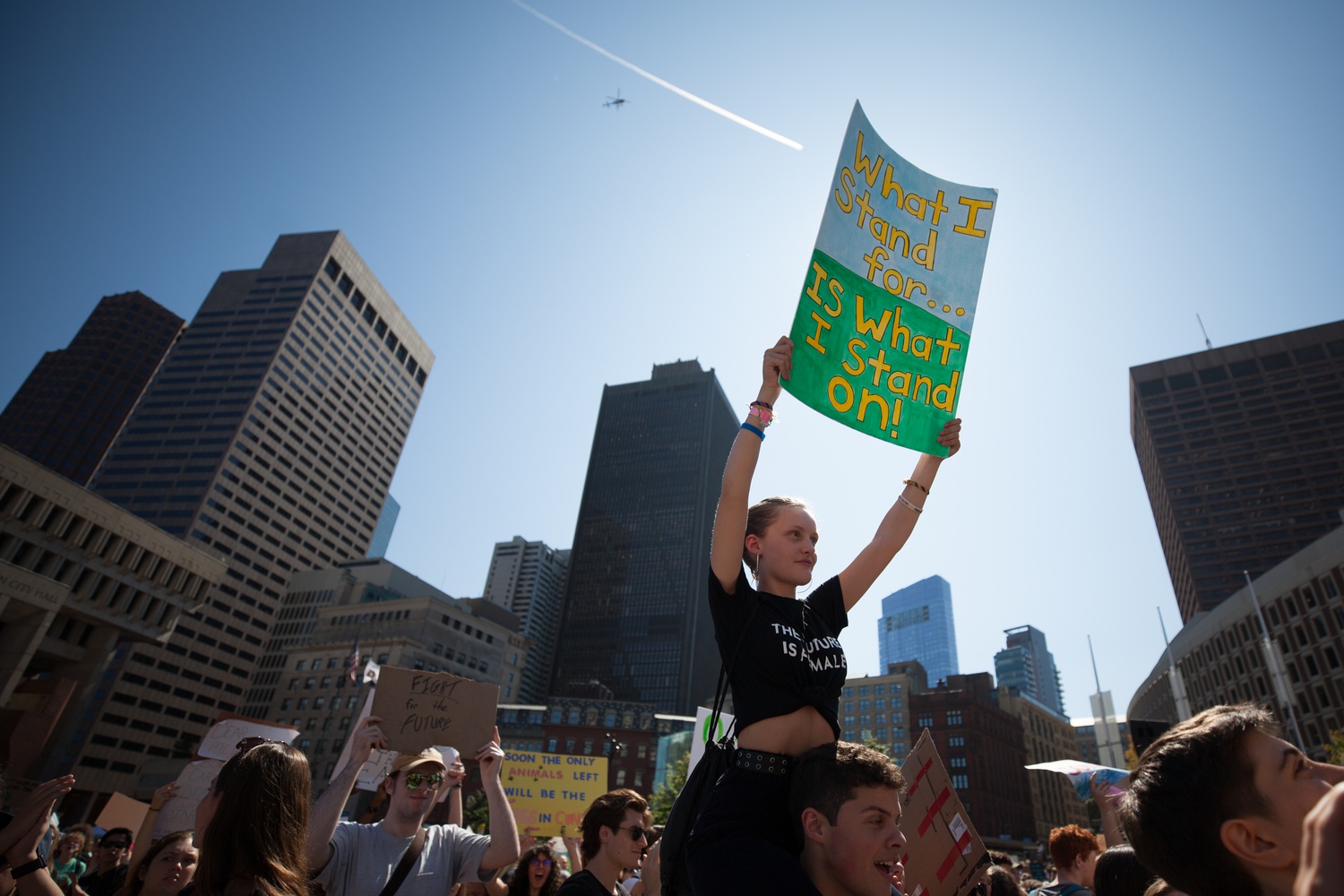 Sign-wielding protestors occupied Boston City Hall Plaza as a part of a larger, city-wide protest. A woman joins a throng of people who showed up to Friday's demonstration to call attention to climate change.