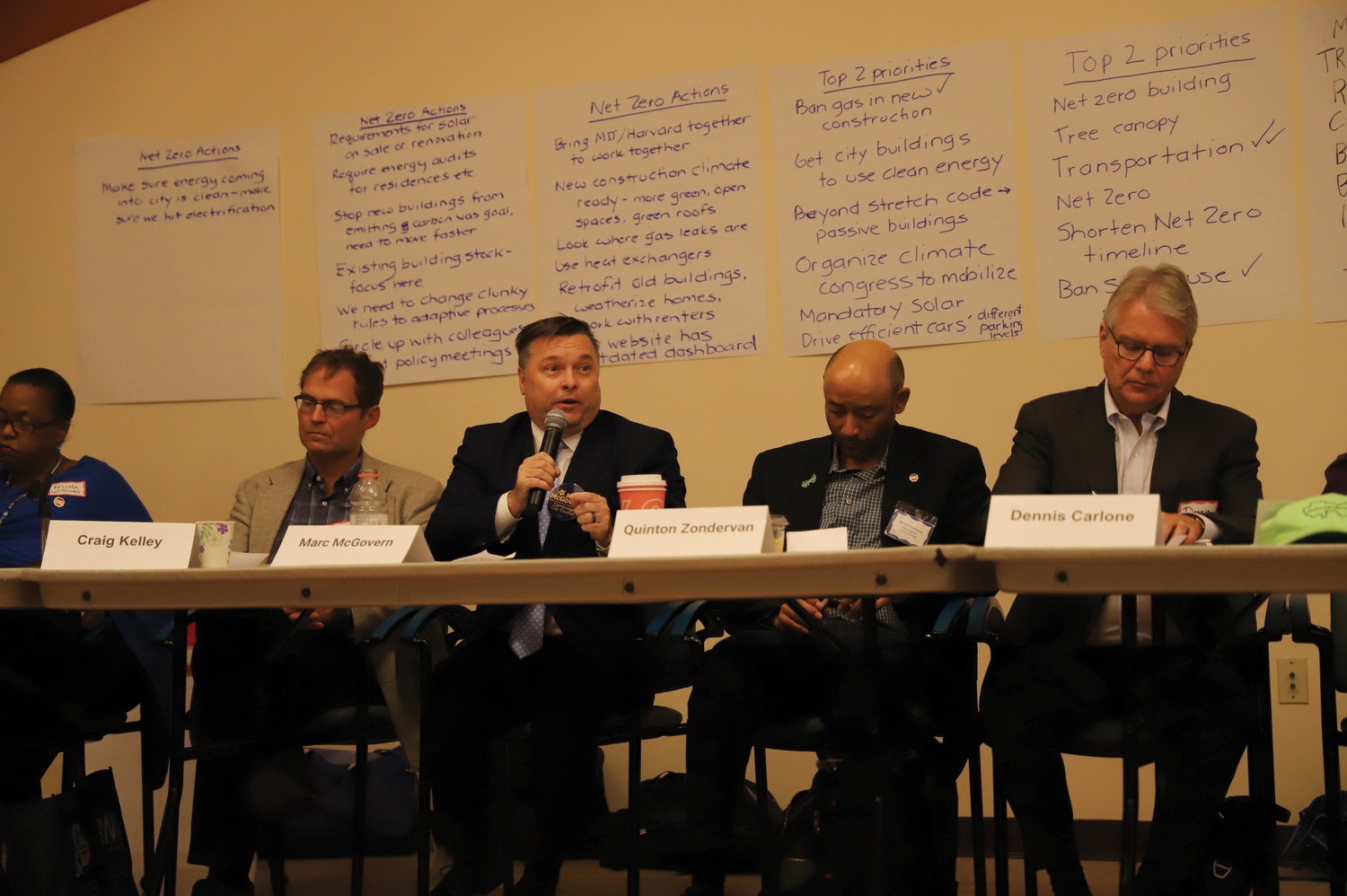 Cambridge City Council candidates made it clear in a Wednesday forum that they agree climate change is an immediate threat to the city.

The forum, held at the Citywide Senior Center, gave the 16 participating candidates a chance to discuss the threat of climate change in Cambridge and outline how they would address the issue if elected. The event was sponsored by Mothers Out Front — a climate change grassroots organization comprised of mothers, grandmothers, and other caregivers, according to its website — alongside other climate advocacy groups such as 350 Massachusetts. Dozens of residents attended the forum.

Mothers Out Front organizer Kristine Jelstrup said the forum was meant to educate the public about candidates’ plans to address climate change in the city.

“We want to know the candidates’ views on preparedness for climate change,” she said. “We want to know what their plans are in regards to lowering our greenhouse gas emissions, about handling flooding and heat islands, and trees.”

Though all candidates agreed on the necessity of action, their proposed approaches and priorities differed. Popular stances among the forum participants included net zero emissions buildings, improved transportation, increases in the tree canopy, and implementing renewable forms of energy in Cambridge.

Jivan Sobrinho-Wheeler argued that his proposal to eliminate public transportation fares will help reduce emissions in the city.

“Our campaign has the ambitious goal of making subways and buses fare free by 2025,” Sobrinho-Wheeler said. This initiative is motivated “to reduce car emissions, and because working class neighborhoods, communities of color depend on buses and subways.”

When asked which city environmental initiative she would prioritize first, Adriane B. Musgrave responded that this was a “false question.”

“We need to push on all of those issues,” Musgrave said. “Climate change is not business as usual. We in Cambridge are leading the country in creating plans and doing the real research and technical feasibility and putting an equity lens on all of it, to make sure that we’re leading the way.”

The forum comes less than a week after hundreds of Harvard students, faculty, and Cambridge residents converged on Science Center Plaza to call for climate action and urge the University to divest its endowment from the fossil fuel industry. They joined scores of similar protests across the globe as millions participated in a worldwide climate strike.

Several questions Wednesday evening focused on the role of real estate development in dealing with climate change. Mayor Marc C. McGovern said that when dealing with developers, he wants to make them “scream, but not run away.”

“We all show up at the photo-ops and the ribbon cuttings for all the things that those tax revenues generate for the city,” he said. “But that doesn't mean we give them a free ride; we should require solar, we should require net zero readiness, and we should squeeze them for whatever we can.”

“We need to slow down our development,” Williams said, “We need to change our ‘build, build, build' mentality. It is affecting and harming our environment.”