‘Bombshell’ Breaks Down in Execution of Complex Story 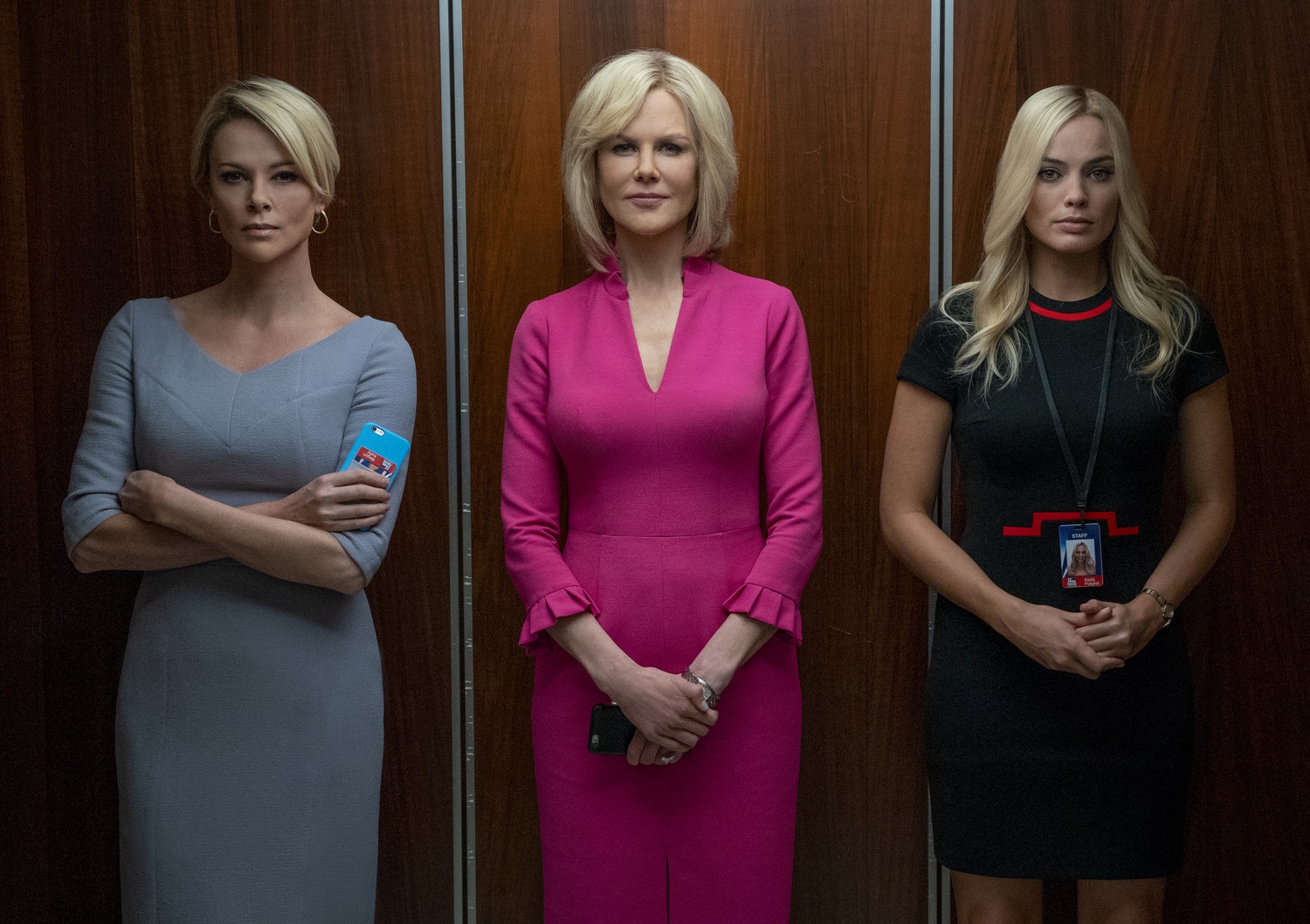 Jay Roach’s “Bombshell” seeks to tell the ambitious story of three women involved in a groundbreaking sexual harassment case, inspired by the 2016 Fox News sexual harassment scandal involving then-CEO Roger Ailes (John Lithgow). If the movie was going for an explosion, however, the result was more along the lines of a small fire. While the film features several compelling performances and competent worldbuilding, it is burdened by its pacing and incomplete character arcs.

Roach adapts a documentary style storytelling approach with voiceovers and direct-to-camera shots where the female leads Megyn Kelly (Charlize Theron), Gretchen Carlson (Nicole Kidman), and Kayla Pospisil (Margot Robbie) break the fourth wall to address the audience. These shots sets a blunt and direct tone for the film from the beginning, as Megyn explains the power structure of the network. This dramatization is further grounded in reality by including media clips from 2016, which depict the world’s reaction to one of the most significant sexual harassment stories in entertainment.

At the core of “Bombshell” lies themes of journalism and stories, including accusations, rumors, and suspicions, which help render the toxic workplace at Fox believable. Other persistent motifs include scrutiny, both from the public and others in the office, the similar appearances of nearly all the female characters, and an emphasis on closing doors, which all establish an oppressive and anxious atmosphere as the film’s strongest point.

But the film fails to deliver on the most critical part: doing justice to the stories of the women embroiled in the scandal and harassment. “Bombshell” bites off more than it can chew by trying to highlight three separate stories with Megyn, the star anchor, Gretchen, the woman who sues Roger first, and Kayla, a fictional young journalist Roger harasses. Each of these characters’ arcs could easily support a feature film on its own, but with a divided spotlight, none of them feel as fleshed out or as complete as they deserve to be. Confusing pacing choices contribute to this issue: News of the accusation and the investigation don’t occur until well into the movie, after too much time is spent on establishing each character’s situation and Megyn’s ‘feud’ with Donald Trump during the 2016 presidential election. These pacing choices make the development and resolution of the investigation, and each character’s response to the accusations against Roger feels rushed, and thus ingenuine.

Given the limited time the film had to tell so many stories, the focus on Roger’s perspective was another problematic choice. Roger is painted as an aggressive, sexist predator from the beginning, yet many scenes depict Roger’s staunch insistence of his innocence. He’s deeply convinced that he never pushed women to do anything they didn’t want to do and that he never hurt them because of the benefit he gave to their careers. It is a difficult attitude to believe, even though his wife and (female) lawyer seem to accept it completely. While it’s important to tell everyone’s side of the story, the effect essentially paints Roger as a victim despite his decades of destructive behavior. In particular, the scene where the Murdoch family abruptly fires him and refuses to stand by him, suddenly pushing Roger from his empire, depicts him as a frail and defeated old man instead of an abuser who got less punishment than he deserved.

“Bombshell” makes a clear effort to give a nuanced look into the complex story of Fox News and the sexual harassment claims that brought down one of the most powerful men in the industry. But failures in the plot development and problematic depictions of Roger Ailes prevent the film from hitting its mark.