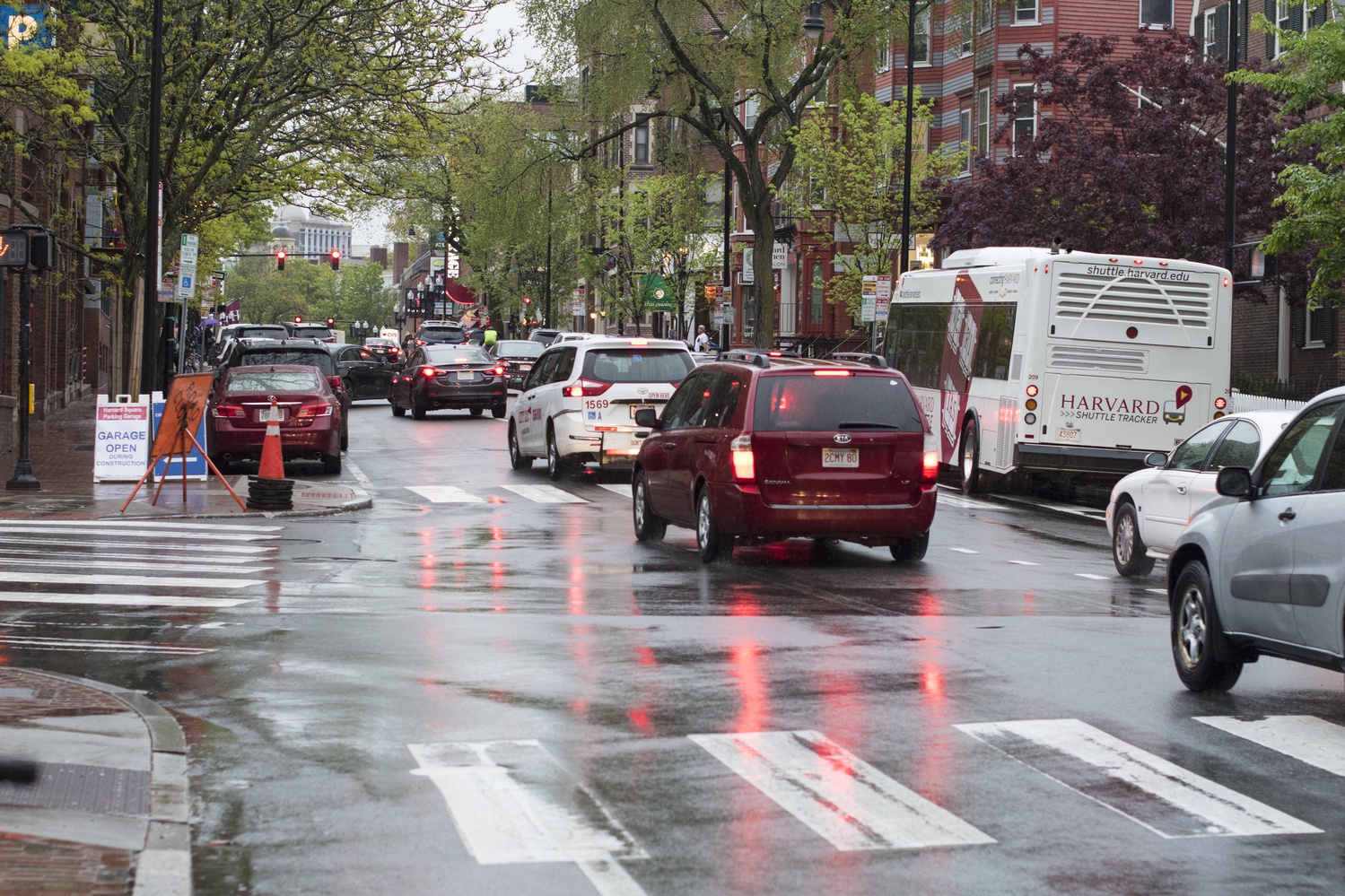 Cambridge and Harvard police officers apprehended an armed man and woman in Central Square Thursday afternoon in response to reports of an armed individual in Harvard Square.

After police responded at around 3:20 p.m. to a report of a man with a gun near The Garage on 36 JFK Street, Cambridge Police Department officers searched the area and eventually located the suspect and a woman accompanying him near the Chipotle Mexican Grill in Central Square, per CPD spokesperson Jeremy Warnick.

CPD wrote in a press release that Chayanne Velazquez, 28, of Dorchester, Mass. was taken into custody after he lifted his shirt and revealed a firearm tucked in his waistband following a verbal altercation with a group of men. Another suspect with Velazquez — Stephanie M. Ford, 25, of Lynn, Mass. — was also taken into custody after CPD officers found a gun inside her backpack.

Harvard’s MessageMe system sent out an alert about an armed individual at 3:36 p.m, informing University affiliates to take shelter. Several minutes later, CPD tweeted about the presence of a “possible person with gun."

“HUPD and CPD officers responding to a report of a male with a gun in the area of Smith Campus Center. Shelter in place. If outside go inside a Harvard building. If in a building stay where you are,” the Harvard alert read.

Warnick confirmed the details of the incident in an interview with The Crimson Thursday afternoon.

“A person had reported that a man lifted their shirt, displayed a firearm on their waistband, and then fled the area,” Warnick said. “The male was described as mixed race, was wearing a vest with the colors red, white and blue, and that was over a white-hooded sweatshirt and black-rimmed glasses.”