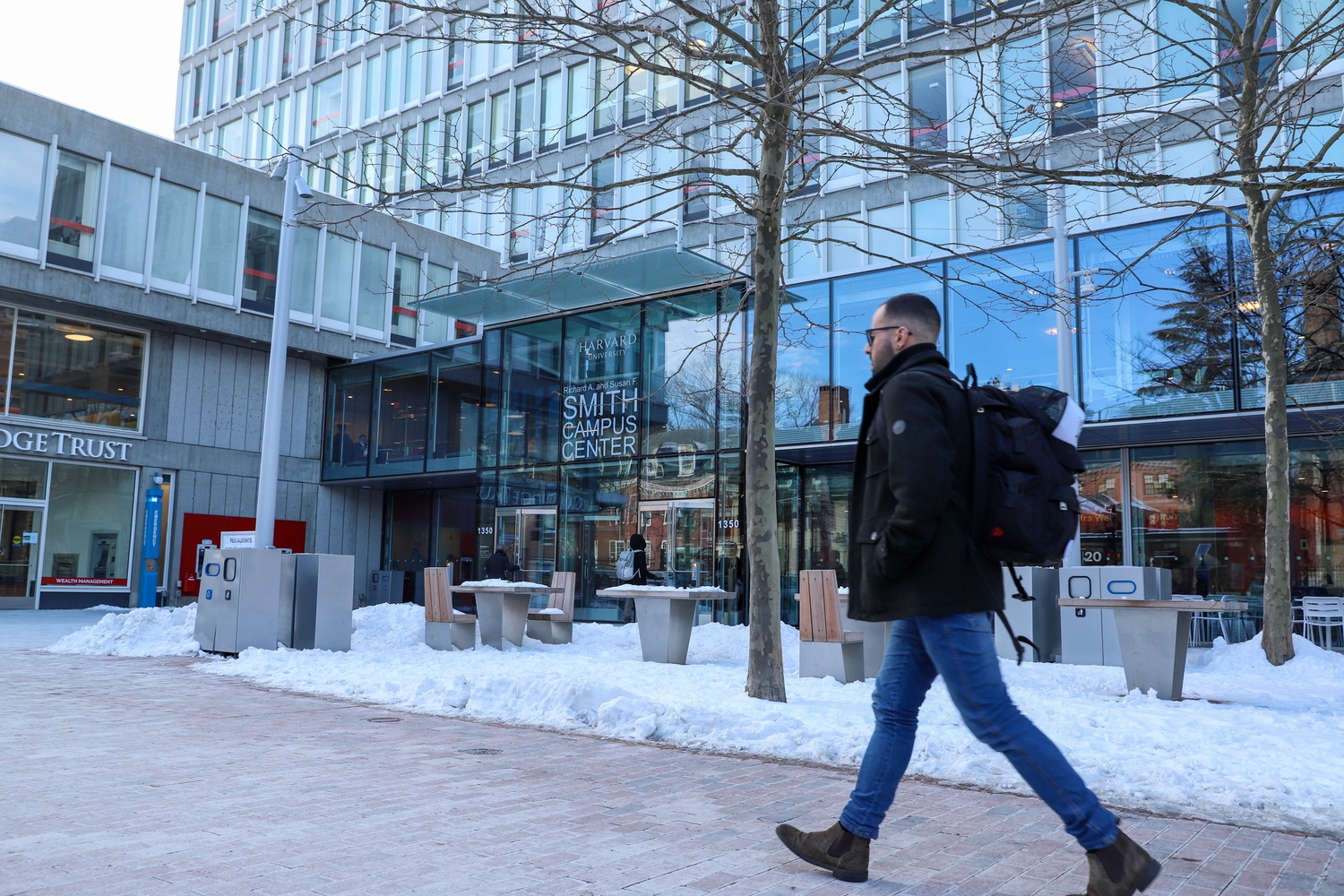 Last Thursday afternoon, a Harvard alert notified that police were responding to a report of a male with a gun near the Smith Campus Center. By Ryan N. Gajarawala
By Charles Xu, Crimson Staff Writer

A Cambridge District Court judge arraigned two individuals on Friday after Cambridge police officers responded to a report of an armed man in Harvard Square and apprehended him and a woman in Central Square last week.

At approximately 3:20 p.m. on Jan. 16, the Cambridge Police Department apprehended Chayanne Velazquez, 28, of Dorchester, Mass. and Stephanie Ford, 25, of Lynn, Mass. after receiving a report of an armed man in the area of 36 JFK St. in Harvard Square. Police said in a press release that Velazquez was taken into custody after lifting his shirt to reveal a firearm in front of a group of men.

Police conducted a search and located Velazquez as well as a second suspect, Ford, in the area of Chipotle Mexican Grill in Central Square, according to a Cambridge police press release about the case.

CPD officers also took Ford into custody after they found a second loaded gun concealed inside her backpack.

Harvard sent an alert to University affiliates about the armed individual over the MessageMe system, asking those in the area to take shelter. CPD also tweeted about the presence of a “possible person with gun.”

Velazquez appeared in court Friday before Cambridge District Court First Justice Roanne Sragow for his arraignment, and was represented by attorney Jonathan Etesse.

After his arraignment on Friday, Sragow charged Velazquez with five separate counts related to a verbal altercation in Harvard Square during which he displayed a gun. The charges included assault with a dangerous weapon, carrying a firearm without a license, carrying a loaded firearm without a license, threatening to commit a crime, and distributing Class B drugs, according to the Cambridge District Court clerk’s office.

Velazquez is currently being held without bail until his detention hearing, which is scheduled for 9:00 a.m. on Jan. 23.

Last summer, Cambridge Police arrested a suspected armed man in Harvard Square who was wanted following a homicide in Philadelphia, Penn. The arrest occurred 30 minutes after Harvard affiliates received an alert there was a “potentially armed” individual near JFK and Eliot Streets.