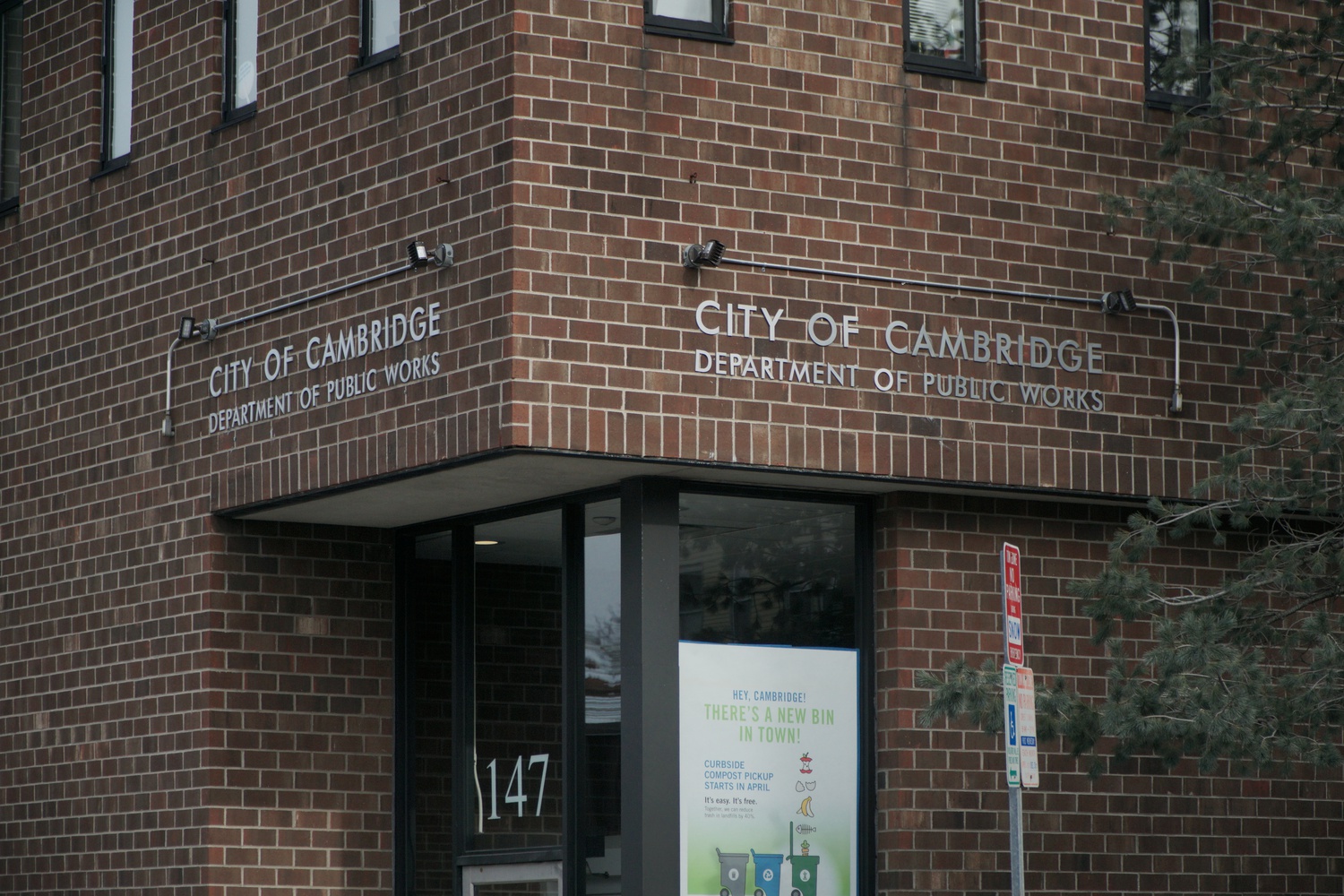 The Cambridge Department of Public Works provides a variety of services to maintain and improve the city of Cambridge. By Allison G. Lee
By Charles Xu, Crimson Staff Writer

The decision comes after multiple accidents in which trucks struck pedestrians in Cambridge, including the October 2018 death of Cambridge resident Jie “JJ” Zhao, who was killed by a reversing dump truck.

O’Riordan said that, given the accidents and “the concerns expressed by residents, councilors and indeed many others,” the Department of Public Works has decided to make backup cameras a safety “priority” for its truck fleet.

O’Riordan wrote in an email that, of the 17 garbage trucks in Cambridge, 11 will have new backup cameras installed. The remaining six are newer models and already equipped with cameras. He wrote that he expects the entire fleet to be equipped with backup cameras “in the next couple of months.”

In addition to its garbage trucks, O’Riordan said the department will outfit its roughly two dozen dump trucks as soon as it can find cameras that will fit the trucks’ specialized design. The city will also continue consulting with the National Transportation Systems Center based in Cambridge, Mass., to find a viable solution.

“We want to be responsive to the concerns raised in the community, so I think we also want to be responsible,” O’Riordan said of the unresolved dump truck issue. “And so it’s important that the technology that we use so as to support safe driving is one that will work. And like I said, I have perhaps a misplaced fear that you may get some false positive indications from these cameras that the coast is clear.”

Meanwhile, citizens have sought the help of local and state governments in an effort to improve vehicular regulation and pedestrian safety.

The truck driver that struck Zhao, Daniel Desroche, 54, was acquitted in a criminal trial.

“Because there was no requirement for trucks to have backup cameras at the time, that could not be used as something against the driver in court, so that was really difficult to accept,” Cheng said Friday. “I mean, this is people’s lives.”

Cheng said the recent move to equip Cambridge garbage trucks with backup cameras is “good progress,” but said she hopes backup camera requirements will be incorporated into federal law eventually.

In the meantime, Jehlen and Decker have both pushed for state legislation requiring backup cameras on trucks.

“Backup cameras are already required on passenger vehicles because they are a proven tool to keep pedestrians and drivers safe,” Decker wrote in an emailed statement Sunday. “There is no reason that we wouldn’t require this technology on large trucks that have even greater blind spots and can be more deadly than smaller passenger vehicles.”

Decker’s bill, which would require backup cameras on large vehicles, has passed the state senate and awaits review by the legislature’s Joint Committee on Transportation.

“It is reasonable to believe Jie Zhao might be alive if the driver had been afforded the technology of back up camera,” Decker wrote.