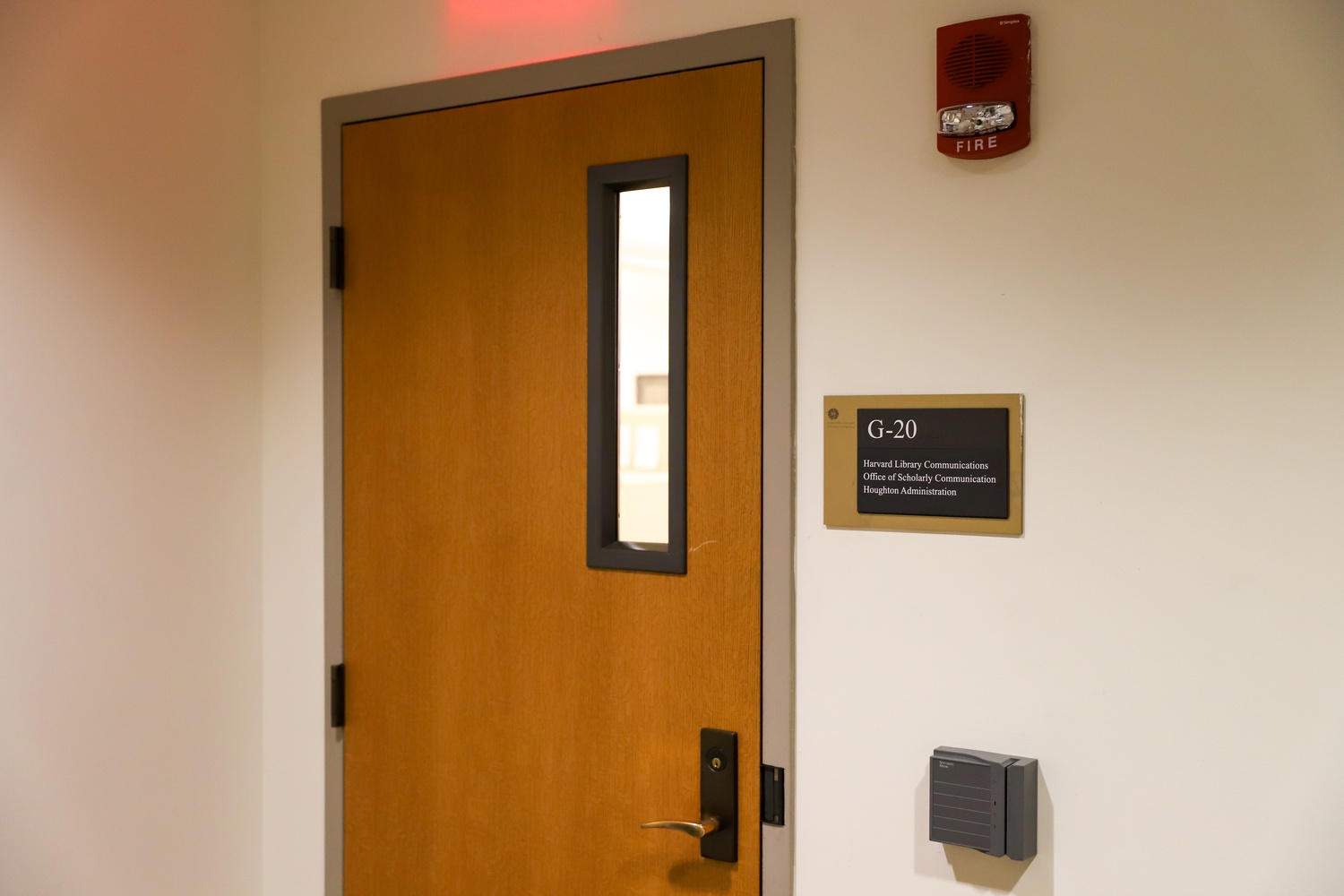 The digitization lab is located in Room G20 on the basement floor of Widener Library. By Ryan N. Gajarawala
By Oliver L. Riskin-Kutz, Crimson Staff Writer

A decade-long project to digitize every 17th- and 18th- century manuscript and archive in Harvard’s collections relating to North America will be finished this semester, according to University Archivist Megan Sniffin-Marinoff.

The project, called Colonial North America at Harvard Library, will make more than 600,000 photographs of the documents publicly available online for the first time. Part of the collection is already accessible to the public.

The materials are “enough to make it possible to rethink the origins of education in the U.S. and in fact the origins of the U.S. itself,” Robert C. Darnton ’60, the University Librarian when the project started, wrote in an email.

For the project, workers catalogued the documents from 14 different repositories across Harvard and brought them to an imaging center in Widener Library. While the manuscripts in the Houghton and Widener Libraries could be brought in through tunnels, those from the Business School and the Medical School had to cross the Charles River.

“It's been a giant coordinating activity,” Sniffin-Marinoff said.

In the process of cataloguing, archivists uncovered historically important documents they weren’t aware they had, according to Sniffin-Marinoff.

“Truthfully, really, people didn't know some of this stuff was here,” she said. “I realized that we easily had incredible materials from about 150 years before the signing of the Declaration of Independence because of when Harvard was founded.”

College Fellow in History Zachary B. Nowak said that the archival collection will make it significantly easier for ordinary people to conduct in-depth historical research.

“You can now write not only about Roosevelt, but you can try to write the biography of Teddy Roosevelt's butler, which is a much harder history to write,” he said. “Writing the lives of everyday people — that project becomes way easier.”

History professor Joyce E. Chaplin said that the project brings together a diverse set of histories and perspectives.

“They didn't define it as British America or Colonial British America,” Chaplin said. “That would have restricted it to a narrow understanding of what early America was.”

“I think it's also great that they're including a lot of indigenous material — it's the people who were colonized, and not just the colonizers, so I think it's a really great expansive definition of whose history matters for early America,” she added.

All of these materials will be freely available online, allowing those who may not be able to travel to Harvard to view the documents in person.

“I think one really simple thing that all this digitization does is it makes those archives accessible from a distance. And I think that can't be underestimated, how powerful that is,” Nowak said.

Still, Chaplin hopes people will continue to visit the University’s collections to see the documents in person.

“I do think there's a wonderful experience of being in an archive and actually handling the stuff,” Chaplin said.