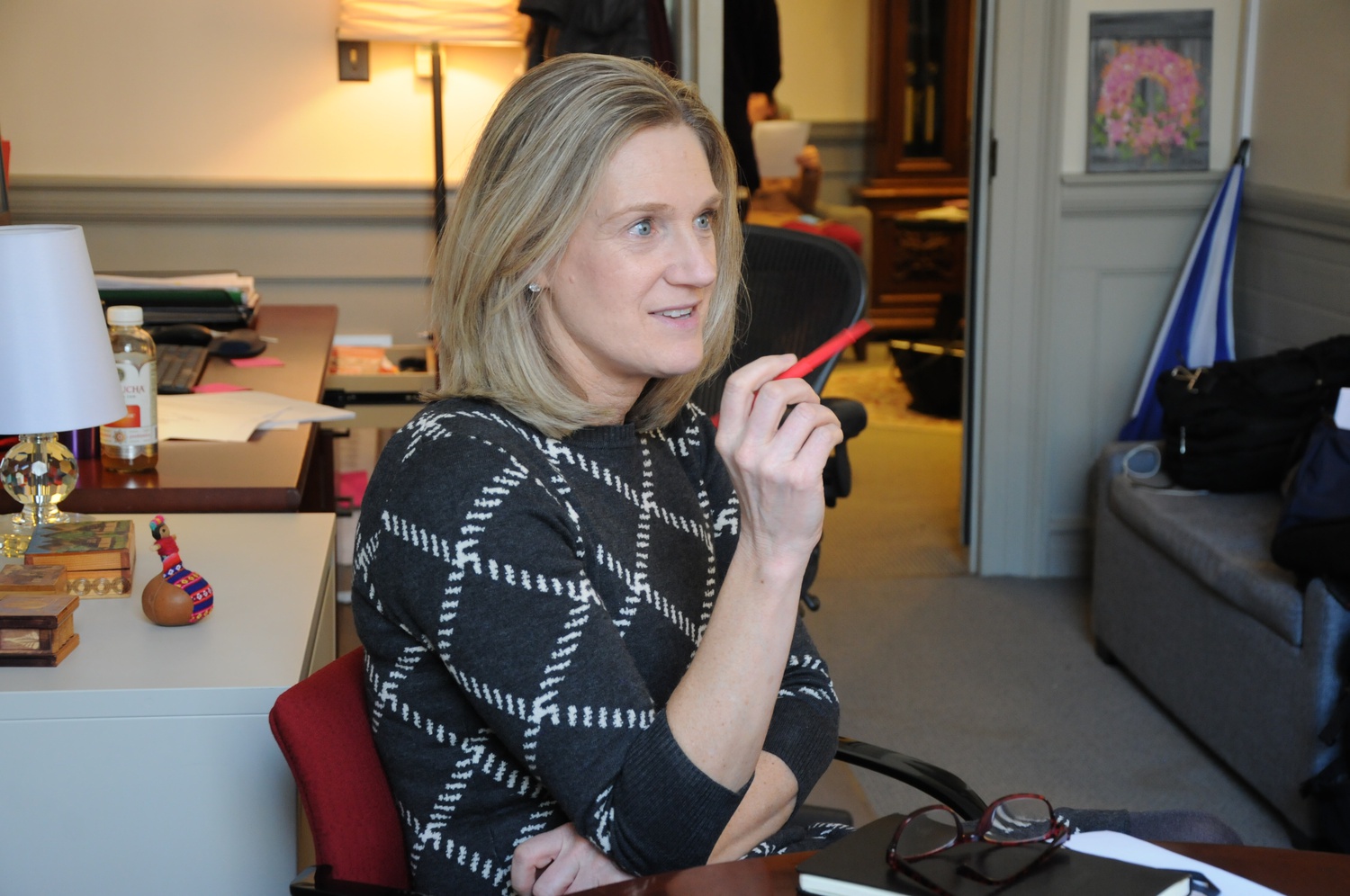 Perhaps even more than most, administrators at the Dean of Students Office say they have a difficult task this semester: supporting Harvard undergraduates while only a fraction of them live on campus and others are scattered across the globe.

Even during a virtual semester, Dean of Students Katherine G. O’Dair said in a Wednesday interview that the primary focus of her office remains the same — providing support and opportunities to both remote and on-campus students.

“We’re supporting in many ways student organizations through our [Equity, Diversity, and Inclusion] team and certainly through the houses and yards because we have first year students and upper-level students who are learning remotely,” O’Dair said. “We are doing the work and committed to everything we can to ensure that students have as good a semester as they can, given the circumstances.”

O’Dair added that the remote semester has made serving students’ needs a “challenge,” as undergraduates shy away from virtual programming due to Zoom fatigue.

In July, Harvard made the decision to invite only freshmen and select upperclassmen back to campus for an in-residence semester. A number students who enrolled this semester chose to live in off-campus apartments, though, with some even taking up residence in Cambridge and surrounding towns.

The summer also saw some staffing changes at the DSO. Newcomer Alta Mauro — who joined the office in May as Associate Dean of Students for Inclusion and Belonging — said in the interview that her group is trying to replicate “authentic” interaction with students, but also acknowledged that her work is sensitive to student concerns.

“I would say generally we're still figuring this out, what does it mean to cultivate community, what does it mean to connect with people?” she said. “So people are trying to figure that out and trying to replicate it as best we can and I think we're being honest with ourselves when it falls flat. Students are giving that feedback and it feels to me like there's some grace in being collaborative and trying to find the sweet spot.”

Associate Dean of Students Lauren E. Brandt ’01 added that the DSO has relied on the “collaborating and brainstorming” taking place across the College to learn how to better engage with students. Like Mauro, she said student feedback shapes the DSO’s plans.

“This is completely new in so many different ways, not just for students but also for all of us in our work,” Brandt said. “What has been helpful is just when students have reached out and let us know that something is a problem. We can then start to think about ways to address it.”

The remote nature of the DSO’s work is uniquely challenging for Mauro, who succeeded former Associate Dean of Student Engagement Alexander R. Miller — himself an interim dean in the role — when he departed Harvard at the end of last academic year. She said that because she has not yet made connections with students, she hopes holding virtual events — such as holding open office hours for students — will help her get up to speed.

“I'm onboarding this way, so many of my colleagues miss their favorite students, but I don't have anyone to miss yet,” she said. “I've been working in student affairs full time since 2004, and this is awkward for many of us, but I don't even have the relationships to call on.”

Despite the efforts of the DSO, O’Dair said that no programming is capable of replacing in-person student interaction — a reality the DSO will continue to face.

“I realize in the roles that we're in, we can't take for granted how important it is to have that student interaction and it can't necessarily be replicated on zoom, there's something about being in person,” she said. “We're adapting the best we can, but it's not the same. It's just not the same.”