Chief Diversity and Inclusion Officer Advises Students to ‘Think About Calling In, Versus Calling Out’ 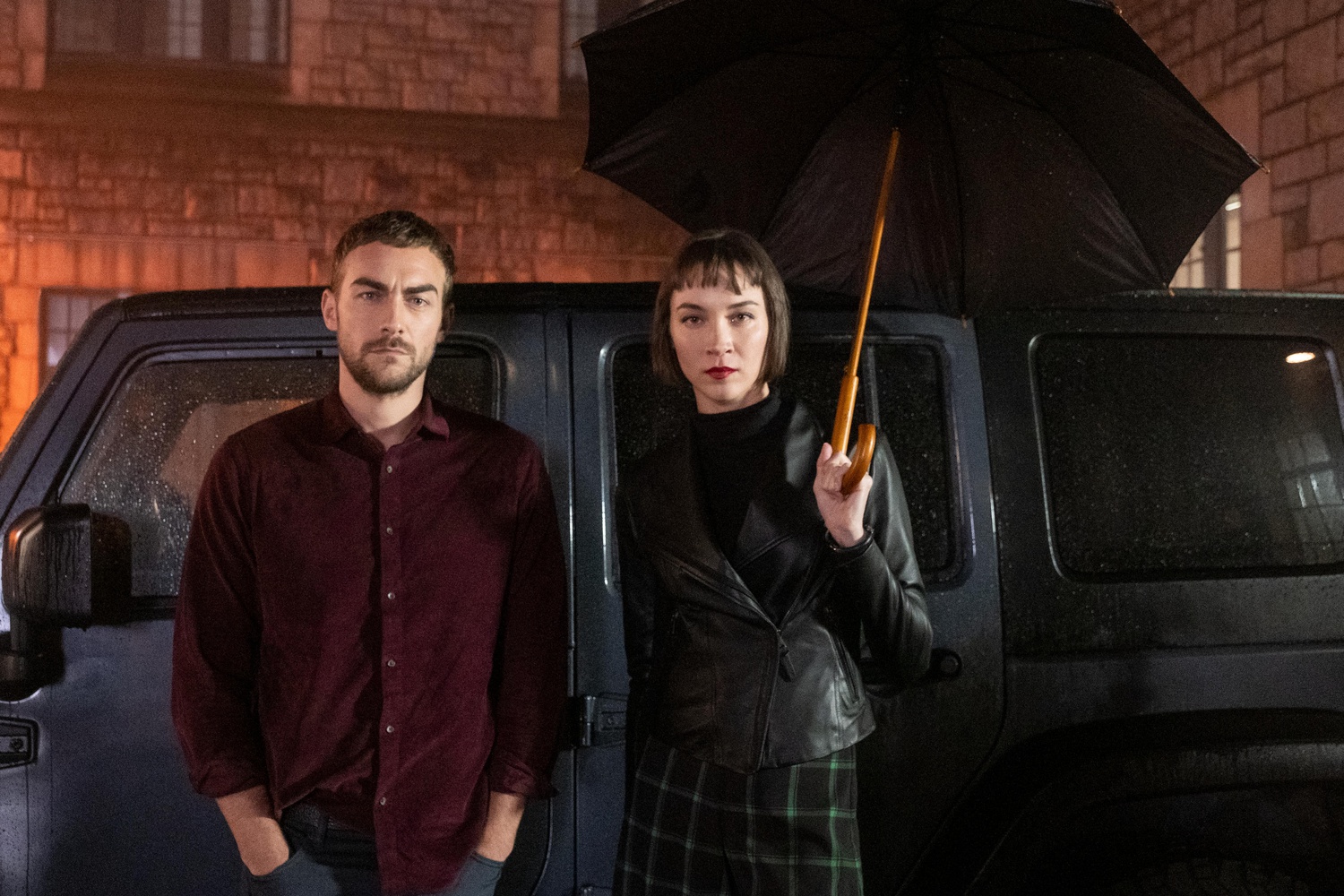 In the beginning of the dark and moody premiere, “Mother’s Little Helpers,” viewers are introduced to Dr. Louise Hastings (June Carryl), the administrator of a mysterious, well-connected asylum in Portland, Ore. As the dark suspense builds, we meet Daimon (Tom Austen) and Ana (Sydney Lemmon), brother and sister of the Helstrom family. It’s immediately clear that this is no natural family — it’s one with a vague and dark past riddled with pain, separation, and even possession. Despite going off the beaten path of Marvel content, “Mother’s Little Helpers” still captivates the audience with incredible visuals, immersive scoring, and a well-paced sense of foreboding.

Throughout this premiere episode of the Marvel-Hulu partnership, there are still tastes of classic Marvel dialogue: a mix of lighthearted joking and drama between characters with yet-to-be divulged pasts. In the first 15 minutes of the show, we see Daimon attempt to perform an exorcism, only to find that the child is faking and the family really needs counseling, not religious help — a teaser for the kind of humor and content we can expect throughout the season.

Very quickly, however, the show takes a darker turn. A group of three gentlemen break into a mysterious crypt in Colma, Calif., only to find a mysteriously-placed sarcophagus wrapped in metallic snakes. In an abrupt tonal change, we see the first grisly murder of the episode and season. With this death and what comes later in the episode, it becomes clear that this is a show that's willing to break the typical Marvel mold, another change in the post-Infinity Saga era.

To establish the show, rather than introducing characters outright, we are slowly introduced to the cast through tasteful introductions of their role within the series. Daimon is seen performing a mock-exorcism and displaying a glimpse of his mysterious demonic powers, as the audience gets a glimpse of his cynical, complacent approach to everyday life. Ana is seen manipulating an abusive and murderous billionaire, demonstrating complete apathy and separation from the potential implications of her actions. “Helstrom” does a masterful job of building exposition by showing, not telling — introducing us to the key players seamlessly and efficiently.

To add to the mood throughout the show, ominous music and creative sound effects heighten the suspense and draw in the audience. The most artful example in the episode appears as Daimon and Ana are both experiencing shocks from their childhoods — memories they’ve worked their entire lives to suppress. The audience is more able to empathize with the protagonists because of an incredibly well-placed and scored montage switching between each sibling as they reminisce. With swooning and eerie sounds and gentle musical overtones, the scene is snappy and elegantly grabs the audience’s attention.

With the show’s well-done scoring and character development as support, the actors and writing are able to flourish. The lesser-known cast excels with clear chemistry; in particular, Austen and Lemmon play off each other as if they are truly siblings. The mismatched and somewhat chaotic family and friends creates a relatable and diverse cast of characters for future episodes.

The show’s ability to maintain an air of secrecy, tension, and curiosity makes it one of this fall’s highlights. With glimpses of demon skulls and newspaper clippings from lives past, the show artfully establishes some of what is to come in the remaining episodes of the season. “Helstrom” is sure to be an exciting and thrilling show for the duration of its run as a Hulu exclusive.