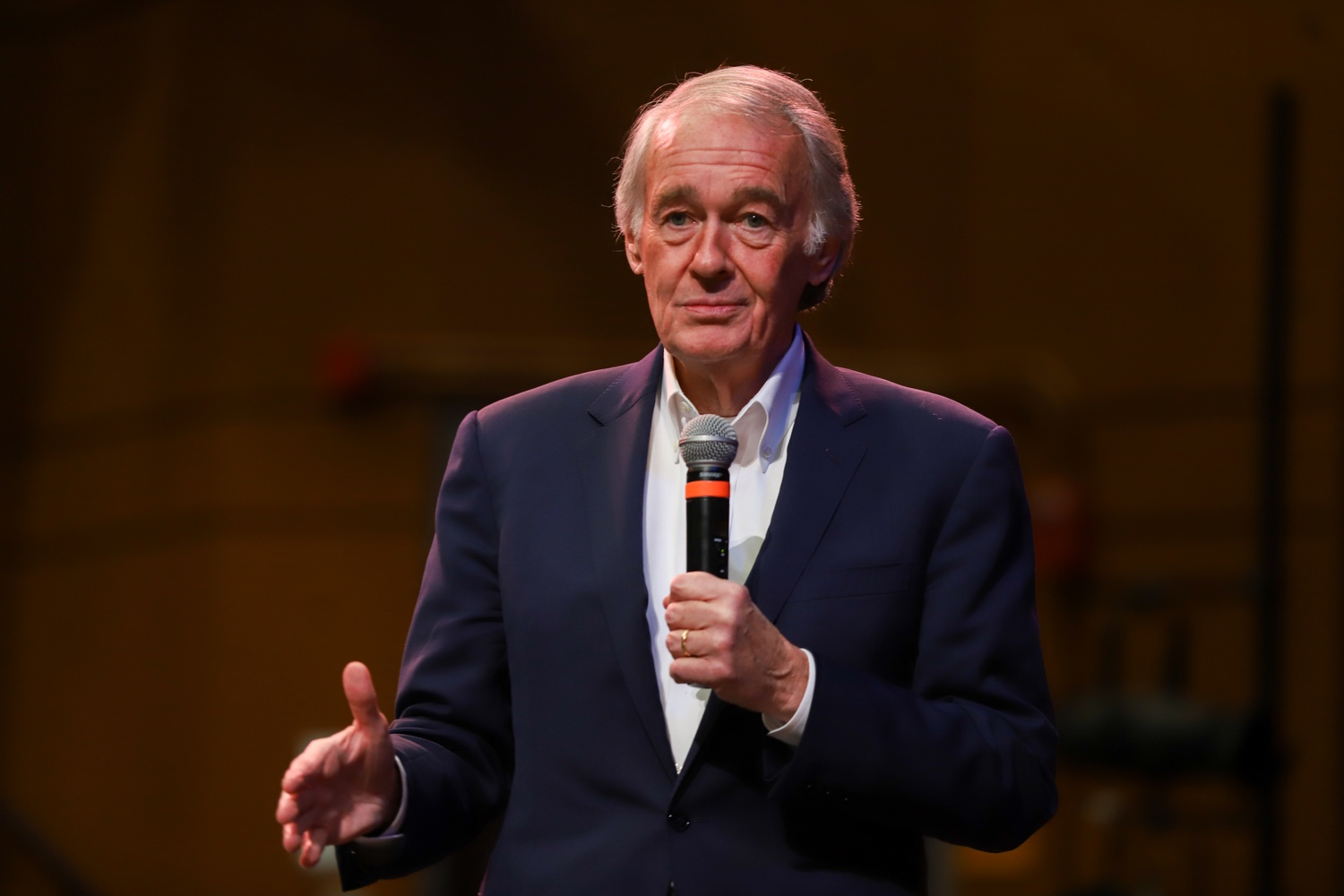 United States Senator Edward J. Markey (D-Mass.) reiterated his support for exploring the expansion of the U.S. Supreme Court on Wednesday at a youth voter town hall hosted by the Boston Intercollegiate Government.

Markey, who defeated U.S. Rep. Joseph P. Kennedy III (D-Mass.) last month after a contentious Democratic primary squabble, has been one of the more vocal supporters of exploring court packing if conservative nominee Amy Coney Barrett is appointed in the coming weeks. His stance comes as Democratic presidential nominee Joseph R. Biden Jr. has tiptoed around taking a stand on such a proposal.

“My feeling is that if they do this — and I’m going to fight it with every political fiber in my body over this next week — that it’s going to be imperative, next year, for us to repeal the filibuster rule and to begin the discussion of the expansion of the Supreme Court,” Markey said.

Markey’s GOP opponent, lawyer Kevin O’Connor — who spoke after him in the second half of the town hall — said the idea is a “fool’s errand.”

“Court packing has been widely regarded as a terrible idea,” O’Connor said. “And it’s a bad idea because what it does is it creates the foreseeable and inevitable consequence that each time one party is in party, it will pack the court.”

Markey said Democrats “just can’t allow” the GOP “to get away with” appointing Barrett mere days before the election after Senate Republicans blocked President Barack Obama’s appointment of Merrick B. Garland ’74 in 2016 on the grounds that it was too close to an election.

“The Republicans are flat out lying,” Markey said. “They’re just flat out lying with what they said they were going to do in 2016. And it was just to steal a Supreme Court seat, which is what they did. They lied.”

“Now, if they were consistent this year and they did not try to confirm Amy Coney Barrett, that would be different,” he added. “But this is just hypocrisy on stilts. I mean, it’s an absolute heist of the Supreme Court that they’re trying to engage in.”

O’Connor did indicate he would be open to imposing a mandatory retirement age of 75 for justices in order to provide “greater predictability and a sense that judges will be leaving at the end of a foreseeable time period.”

The two also differed on two issues that Markey said requires an expanded court to protect: health care and the environment.

O’Connor, a supporter of President Donald J. Trump who faces long odds in November, said Markey “has become pretty good at taking hard-line positions that are not even in the mainstream of the Democratic Party,” pointing to his support for the Green New Deal, which he co-sponsored with U.S. Rep. Alexandria Ocasio-Cortez (D-N.Y.).

“It would bankrupt our country and your futures,” O’Connor said. “And it’s not feasible because it’s entirely based on renewable energy, and we don’t have the storage capacity right now to achieve that.”

“What we need to do is to harness our innovative capacity to develop the technologies that will bring us to a carbon-neutral level, and I think we can do it by 2050,” he added.

Markey, who has served in Washington since 1976, has made the Green New Deal a cornerstone of his campaign, which helped him to garner the support of Massachusetts’ energized progressive wing in his primary race with Kennedy.

“If you believe in climate change, and you want to do something about it, we’re going to have to change the court if they continue on this reckless pathway that they have taken us over this last month with Amy Coney Barrett,” Markey said. “But the same thing is true if you believe that everyone is entitled to health care.”

O’Connor expressed opposition to the Affordable Care Act, first passed in 2010, calling it “a one-size-fits-all system that has failed, by all accounts.”

“We want to have coverage rooted in private providers,” he said.

Markey pointed to protecting Obamacare as a central motivation for his opposition to Barrett.

“For millions of families across our country, it will be a disaster if they vote to repeal the Affordable Care Act,” Markey said of the Supreme Court.

Calling this election “our own 1932,” Markey called on young people to seek out organizing opportunities on campuses.

“A re-election of Trump is like a death sentence to the planet,” he said. “There’s just a perversion of science and democracy. So if you care about any of these things, do some work.”