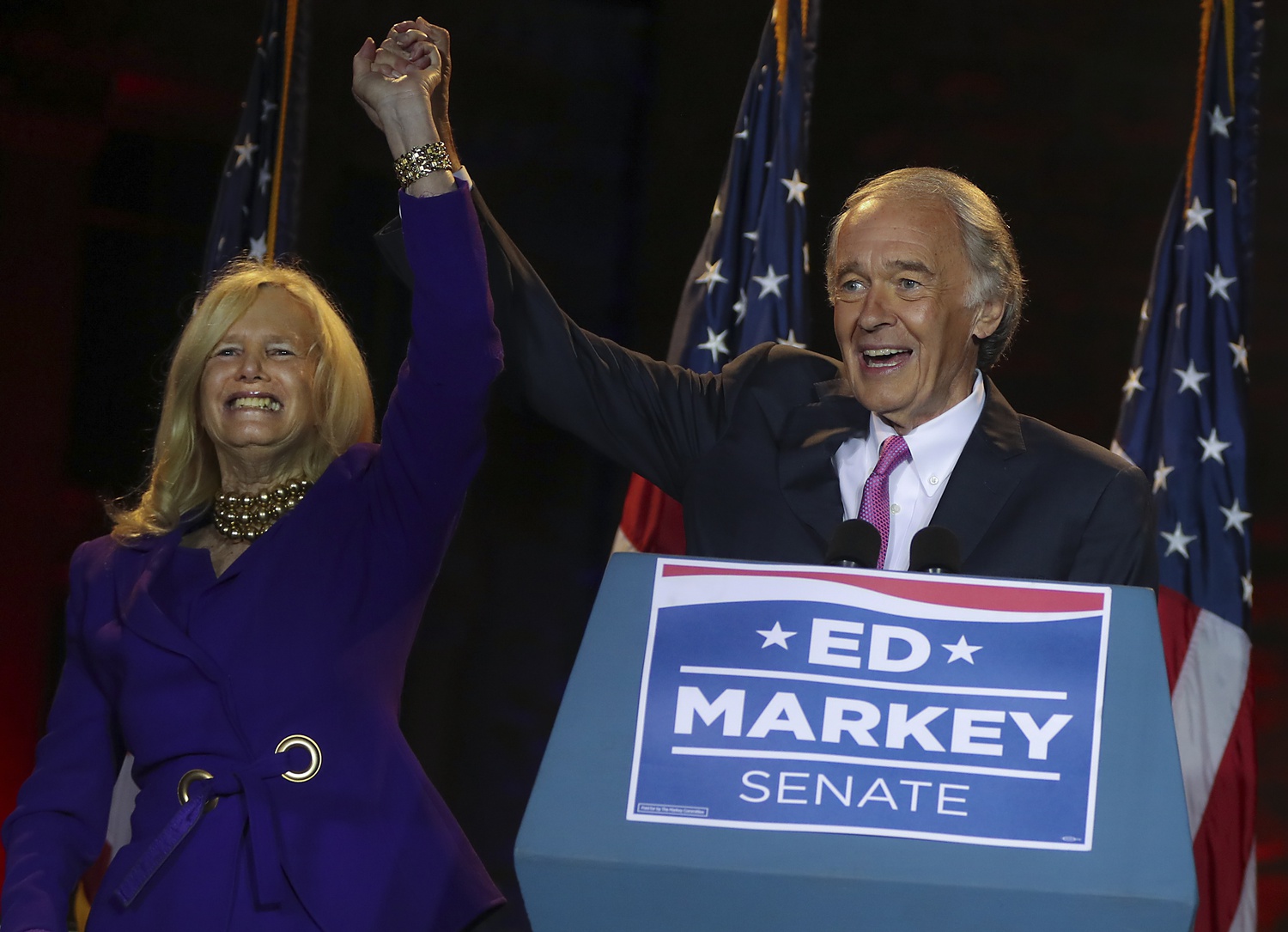 Kennedy, who has represented the state’s Fourth Congressional District since 2013, called Markey to concede the race just after 10 p.m., making him the first member of his storied family to lose a race in Massachusetts. Markey led Kennedy, 55 percent to 44 percent, early Wednesday morning.

“Tonight is more than just a celebration of a movement,” Markey said before a crowd of reporters and a handful of surrogates, albeit one that lacked the energy typical of pre-pandemic victory parties. “It is a reaffirmation of the need to have a movement — a progressive movement of young people demanding radical change, demanding justice; a movement giving voice and power to young people when for far too long they were ignored.”

“This victory is a tribute to those young people and their vision,” Markey added. “They will save us if we trust them.”

Kennedy, 39 — whose father, former U.S. Representative Joseph P. Kennedy II, and great-uncles, former U.S. Senator Edward M. “Ted” Kennedy ’54-’56 and former President John F. Kennedy ’40, represented Massachusetts in Washington as part of a once-untouchable political dynasty — sharpened his attacks against Markey and leaned into his family legacy late in the election. But the persistent question of why he entered the race in the first place loomed over his candidacy as he struggled, according to critics, to articulate a reason for seeking to unseat Markey.

“The senator is a good man,” Kennedy said outside his Watertown, Mass., campaign headquarters just after 10:30 p.m. “You have never heard me say otherwise. It was difficult at times between us. Good elections often get heated, but I am grateful for the debates, for his commitment and for his commitment to our Commonwealth, and for the energy and enthusiasm that he brought to this race.”

“We built a campaign for the people that our politics too often locks out and leaves behind,” he said.

Markey, 74, made his policy work on environmental issues a focal point of the campaign, focusing on his co-sponsorship of the Green New Deal along with U.S. Representative Alexandria Ocasio-Cortez (D-N.Y.), who endorsed him. She declared in a television ad she cut for his campaign, “When it comes to progressive leadership, it’s not your age that counts. It’s the age of your ideas.”

In his victory speech, delivered in his hometown of Malden, Mass. around 11 p.m. Tuesday, Markey described climate change as “the one issue” that “defines our future.”

“Every other problem is linked to it,” he said. “No solution to any challenge will be successful unless we address it.”

The state’s progressive voters rallied behind the message. Markey earned the endorsement of the Sunrise Movement, MoveOn, Our Revolution, and a plethora of Twitter accounts, dubbed the #Markeyverse, that flooded the digital sphere and defended him online at a time when the internet played an outsized role in campaigning due to the coronavirus pandemic.

“His ability to muster that online mobilization without having had it in the past is absolutely incredible,” said Michael B. Baick ’22, a Longmeadow, Mass., resident who backed Markey.

“This marks the perfection of the model of online activism that Senator Warren and Senator [Bernie] Sanders kicked off,” Baick said. “Especially because it was a local race so managed by people at the grassroots.”

In the months following Kennedy’s announcement of his candidacy, he was thought to be firmly in the lead, as Markey’s favorability lagged and he trailed significantly in head-to-head polling.

“In Massachusetts, I think that Ed Markey was this unsung hero, but not one who sort of captured popular attention,” Baick said. “I mean, he’s a Massachusetts senator who was never a presidential contender — that in itself sort of seems like anonymity, relatively speaking.”

But Markey — who has served in Washington since the 1970s and in the Senate since 2013 — more than made up the ground he needed throughout the summer with a continued focus on policy issues in debates, even as Kennedy worked to poke holes in his record.

“The fact that he was able to convince people that he had been doing this work throughout his whole career is incredible,” Baick said. “It’s so difficult for a legislator to communicate the work that they have done — it’s usually about promising what you will.”

In the crowded race to replace Kennedy in the Fourth Congressional District, Jesse Mermell led Jacob D. Auchincloss ’10 by a hair as of early Wednesday morning, with 80 percent of precincts reporting.