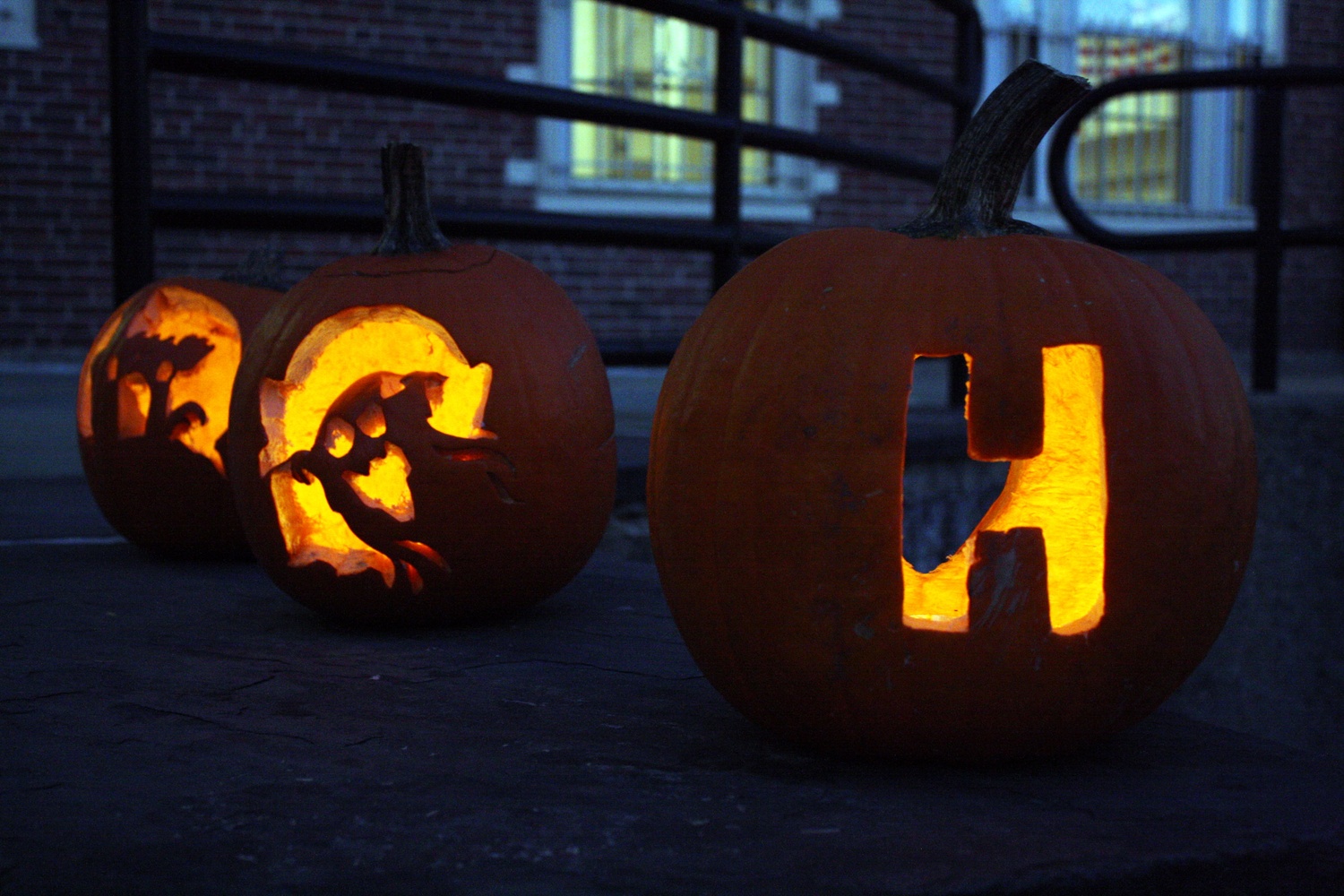 Despite many students learning remotely this semester, College administrators and student organizations have planned a variety of Halloween festivities for those on and off campus.

Students will celebrate the holiday by listening to ghost stories, painting pumpkins, and solving escape room puzzles. Those living on campus have also been greeted with festive decorations, including a large inflatable Jabba The Hutt in Annenberg Hall.

Freshmen on campus can join a pumpkin painting contest planned by the First-Year Social Committee. Event organizers will give out pumpkins and painting supplies at Harvard Yard on Friday; students will have until Sunday to send in a photo of their painted pumpkins for the contest.

“The pumpkin painting event is an opportunity for people on campus to come together and celebrate fall — and of course Halloween — with one of the most classic traditions in a socially distanced way," FYSC member Talya W. K. Li ’24 said.

Li added that students living off campus can still participate in the contest by sending in a photo.

The College Events Board invited students to listen to “thrilling and comedic” ghost stories from the Ghost Brothers — professional ghost hunters — Thursday evening. The group organized the event to be accessible to students living on and off campus, according to CEB campus life director Nicole T. Rozelman ’23.

“CEB was looking for a way to engage students who were living off-campus and on-campus in our traditional Halloween celebration,” Rozelman said. “We figured that talking to the Ghost Brothers would be a great way to pay homage to a spooky Halloween.”

Several student organizations also plan to host their own events for Halloween.

The Hyperion Shakespeare Company will perform “Macbeth” over Zoom.

“We have fake blood, we have some murder scenes, we have witches – I’m playing a witch,” member Vivienne N. Germain ’24 said. “So I think it's definitely wonderful for the season.”

Germain said while it is difficult to perform a play with each actor joining through Zoom, she also sees the unique medium as an opportunity.

“I think that it pushes us to think really innovatively about how we’re going to translate theatre to Zoom,” Germain said.

The Harvard Foundation for the International Medical Relief of Children hosted a dare challenge to raise money for underserved communities around the globe.

“This dare challenge is a Halloween-themed fundraiser that is designed to engage the Harvard community in a virtual setting by enabling people to dare others and at the same time donate for a great cause,” FIMRC board member Nesreen J. Shukr ’23 said.

Halloween spirit is growing in several upperclassman Houses as well.

“It’s trying to create that space where people can come together as a community,” she added.