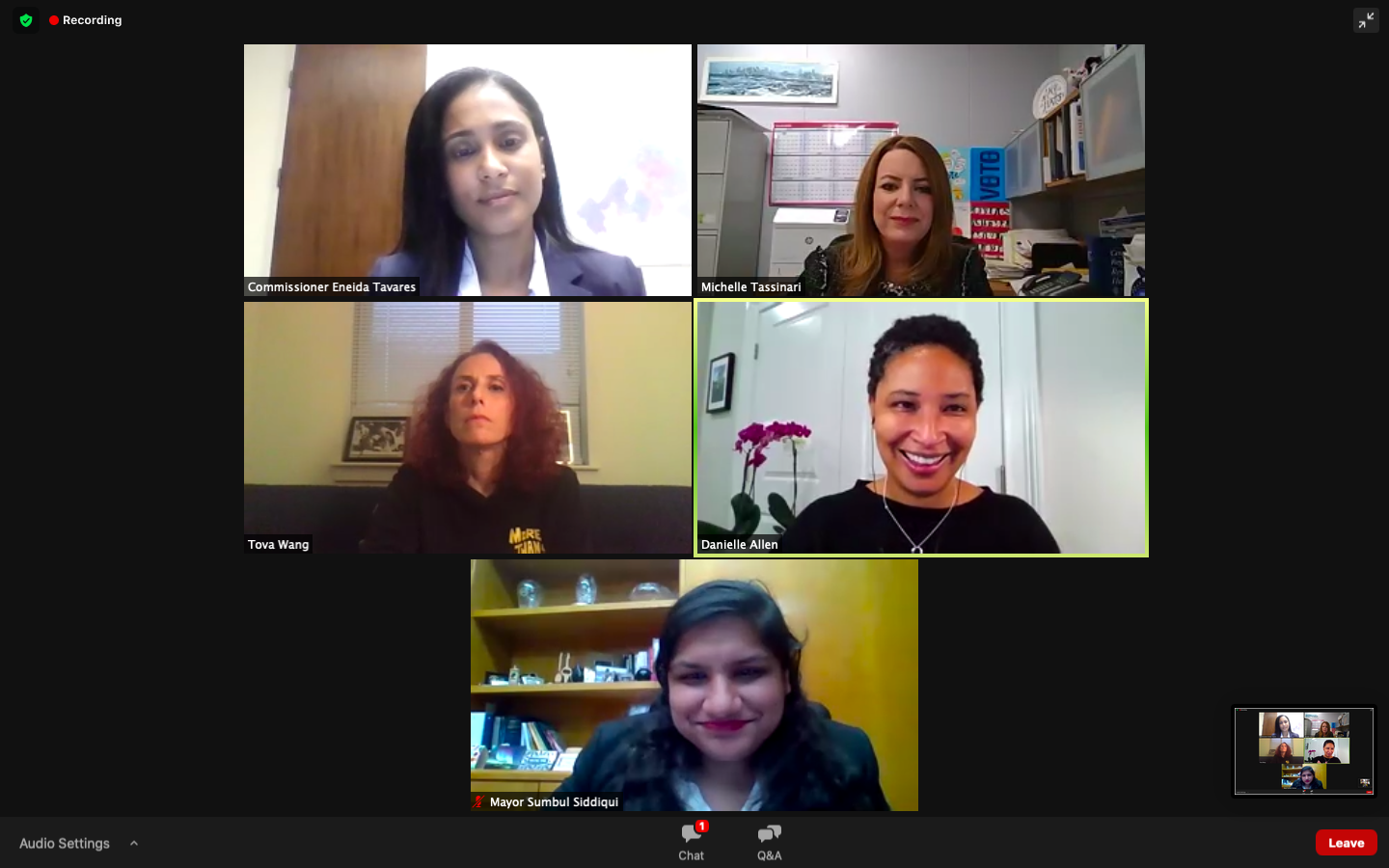 The mayor of Cambridge, Boston and Massachusetts elections officials, and a visiting fellow at the Harvard Kennedy School discussed the importance of civic engagement and the pandemic’s effects on the 2020 elections in a webinar Thursday.

Panelists focused on the changes to elections this year due to the pandemic, rising youth activism, and the necessity of constant civic engagement.

“I hope they’ll take away the inspiration to vote, or if they’re not yet of voting age, a sturdy commitment to register at the earliest point and take up their role as a voter as soon as they can,” Allen said in an interview before the event.

Allen opened the event by posing a question about voter apathy, asking how to respond when a voter says, “Look, we know how Massachusetts is gonna vote. Why should I bother?”

Tavares pointed out that there are other races on the ballot aside from the presidential contest, including state and municipal offices. Tassinari added that contests between individual candidates are not the only matters on the ballot: Ballot propositions, like ranked choice voting, are also important questions for citizens to decide.

Tavares and Tassinari both pointed to the 2019 Boston City Council race, which was decided by a single vote.

“That was just one example of why every single voice matters,” Tavares said.

In conversations with skeptical voters, Siddiqui said she focuses on what’s at stake in elections, especially given how hard Americans fought — and continue to fight — for the right to vote.

“This act of voting, to me it’s this act of survival. I talk about the fact that our elections have consequences,” Siddiqui said. “Our vote is our power.”

The panelists moved on to discuss the pandemic’s ramifications for the election and the modifications local and state officials have put in place to ensure voters’ safety.

“We worked really closely with our election officials for both figuring out what their early voting locations were going to be, their polling places, having them set them up to be six feet apart, to have signage, to have plexiglass, to have sanitation stations, to have PPE for all of the poll workers,” Tassinari said.

While the social distancing modifications are only temporary, Wang said she hopes the public’s respect for election officials will be permanent, calling them “the heroes of democracy.”

Wang also said she was encouraged by youth participation around the election.

“They are connecting the dots between what they are trying to get on the streets and what they need to do at the ballot box,” she said. “A lot of these young people have hit upon what is so really important when you're talking about civic participation, which is having relationships and feeling like you are in solidarity with other people.”

Ultimately, remaining civically engaged is important no matter the outcome of the election, Tavares said. Tassarini added that even if their preferred candidates lose, citizens should still work to influence the political conversation and hold elected officials accountable.