BLACKPINK’s ‘The Album’ Is Predictably Shiny and Occasionally Profound 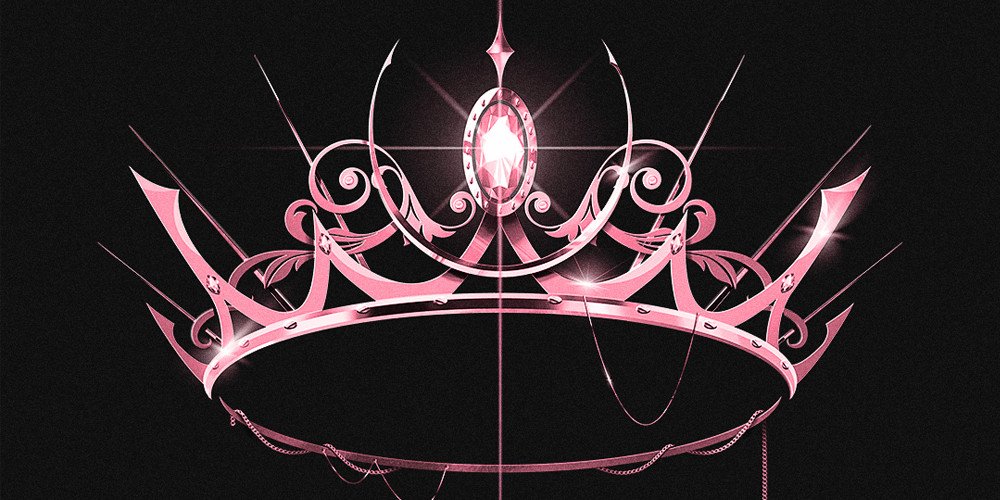 Album Cover for BLACKPINK's "The Album." By Courtesy of BLACKPINK / Interscope Records
By Isabella B. Cho, Contributing Writer

BLACKPINK thrives on contradiction. The band’s name itself mashes together two colors that feel like opposites, symbolic of the multiplicities of their artistic personas. At once innocent and forward, vulnerable and swaggering, Rosé, Lisa, Jennie, and Jisoo are at their best when they engage the liminal space between binaries reflective of cultural productions of femininity.

Since their debut in 2016, BLACKPINK has pushed the envelope for female artists in the K-pop space. In an industry where female artists are commonly hypersexualized or presented reductively to pander to the male gaze, the quartet has proved that female artists can reach the top on their own terms.

The music video for “How You Like That” — complete with winged chandeliers, bejeweled outfits, and a wooden Trojan horse — demonstrated the group’s unapologetic brazenness, a quality generally reserved for male artists in the industry. The track also furthered the quartet’s reliance on visual appeal, rather than musical talent, to promote projects. “Ice Cream with Selena Gomez” provided much of the same, exacerbating reservations about BLACKPINK’s — and YG Entertainment’s — tendency to pair recycled beats with garish spectacles when crafting hit tracks.

“The Album,” BLACKPINK’s first full-length studio album, was released on Oct. 2 through YG Entertainment and Interscope. Yet another music video accompanied the release, this time for “Lovesick Girls”: The video’s aesthetics vacillate between pink-hued, innocent femininity and wrecked cars, screaming matches, and urban nightscapes, symbolic of a transition to a disillusioned outlook on the tenuous viability of romance. Though it draws heavily on common tropes, the video succeeds in conveying a layered statement on female-driven love — or the lack thereof — through stunning visuals and ambitious set pieces.

“The Album” shines brightest when the quartet trades their synthetic bubble-gum shimmer for nuanced vulnerability and a tongue-in-cheek subversion of their plastic vapidity. The understated, sonically unconventional later songs like “Love to Hate Me” and “You Never Know” try on a fresh sound while meditating on the tensions between the private and the public, between feeling deeply vulnerable and smugly invincible.

What is notable about “The Album” is its occasional departure from the group’s lyrical tendency to use an unnamed male figure as a proxy for romantic aspirations and, in a more abstract sense, their engagement with the public at large. In previous hits including “Forever Young,” “Whistle,” “Don’t Know What To Do,” and “Boombayah,” the group employs a male love interest as a means of accentuating their feminine vulnerability and emotional impulses.

Though flirtatious tracks including “Bet You Wanna” featuring Cardi B, “Lovesick Girls,” and “Crazy Over You” loosely conform to this trend, the subtly vindictive “Love to Hate Me” and emotionally forward “You Never Know” seem to address members of the public directly with their confessional lyrics and thoughtful explications of the pressures of a life under starlit scrutiny. Through both tracks, BLACKPINK addresses haters as opposed to hypothetical lovers: The songs center not imagined feminine personas, but the real people behind them.

In the ballad-like “You Never Know,” stripped vocals pair with orchestral violin to provide an atmospheric, incisive meditation on fame. During the chorus Rosé and Jisoo exclaim, “But you’ll never know unless you walk in my shoes / You’ll never know, my tangled strings / ‘Cause everybody sees what they wanna see / It’s easier to judge me than to believe.” Their candid reflections display the disconnect between their interior complexities and their simplified public personas.

In a similar vein of vulnerability, “Love to Hate Me” employs the second-person “you” as a metonymic stand-in for their haters: “Kinda sad that you always been like that,” croons Rosé, “See me making waves and you don’t like that.” The song’s introspective and confrontational nature lends to the album an emotional intimacy that, though somewhat packaged, pushes the boundaries of the musical act’s lyrical potential.

Other tracks, however, end up conforming to the formula established by the group’s previous discography. The jarring braggadocio of “How You Like That” is uncannily reminiscent of the chorus of the trap-influenced “DDU-DU DDU-DU” remix in their second mini-album “Kill This Love.” The sassy rhythmic beat of “Pretty Savage” and the alluring, gently psychedelic trills of “Crazy Over You” recall the disenchanted glamour of “Kick It.” “Lovesick Girls” — which possesses an undeniably catchy if somewhat juvenile chorus — flirts with aesthetic and lyrical authenticity but ultimately falls flat, eluding the achievement of a new idea.

In particular, the album’s hit tracks that merited music videos — “How You Like That,” “Ice Cream,” and “Lovesick Girls” — fail to present a novel or thoughtfully dimensionalized iteration of the quartet’s artistic image. BLACKPINK, however, has never scrambled for reinvention: Their current hybrid of flirtatious and naive, hopelessly romantic and cooly disillusioned, sugary and brash has filled a niche in the K-pop industry and catapulted them to global heights.

Perhaps future albums will present opportunities for the group’s repurposing of tropes for the creation of more nuanced artistic arguments. At the end of the day, though, the music is still catchy and the girls are gorgeous: Deservingly, their army of fans (“Blinks”) will likely gush about the album’s merits for months to come.