Portrait of an Artist: Guy Fishman, The Guy Who Brought Baroque Back 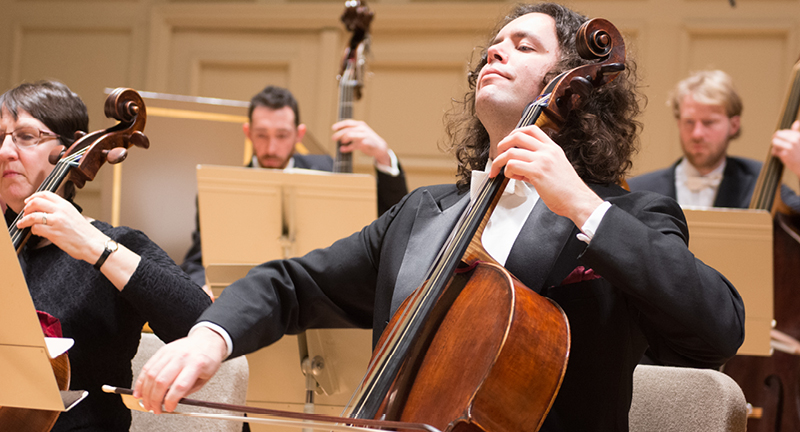 Contrary to popular belief, Antonio Vivaldi did, indeed, compose more pieces than just “The Four Seasons.” The Italian virtuoso is actually widely considered to be one of the greatest Baroque composers of all time — a legacy which The Handel and Haydn Society (H+H) hopes to revitalize by “converting new audiences to this extraordinary music, generation after generation.”

The Venetian maestro was highlighted at “The Magic of Vivaldi,” an online concert debuted by H+H on Oct. 13, where a star-riddled string quartet accompanied by world renowned soprano Amanda Forsythe transported the audience back to the age of Baroque.

The Harvard Crimson spoke over the phone with Guy Fishman, principal cellist of H+H, on what exactly makes up that Vivaldi-esque magic and the relevance of Baroque in the context of our modern world.

The Harvard Crimson: Why expose new audiences to Vivaldi’s character?

THC: What elements did you as a quartet work to highlight in “The Magic of Vivaldi"?

GF: There are elements of the big orchestral, the impact, and there are elements that are very intimate because of the small amount of people on stage, where their individual voices are able to be heard.

THC: With performances like this being streamed, what do you as a musician hope to reach in a wider audience?

GF: It’s not about fame and success and admiration. It is about being able to continue to send the message. Classical music has been said to be dying for over a thousand years. ‘Everyone is old, no young people, the art is gonna die.’ Yet here we are, playing music from 250 years ago.

THC: Is there a particular sound or perspective you’re trying to get at with the setup of the online concert?

GF: Every performance, whether it’s live streamed or pre-produced, is definitely a time capsule of the present condition. Everybody wants more intimate content, but everyone is now producing this intimate content because we can’t do it live.

THC: As a performer, was there anything different about recording in this new environment?

GF: It’s the energy that rock bands feel when they play a stadium, when they’re connecting with all those people. That’s missing in the more immediate way. But the benefits are that if it’s pre-recorded you can polish it in a way you can’t with live recordings. And most importantly, you can reach a much much wider audience: People all over the world can watch you.

THC: What stayed the same?

GF: Ultimately, we are just going out there and trying to sing and play as best we can to give life to music we love and believe in. It doesn't matter that it was a studio, it doesn’t matter the circumstances — when we get together we are getting together for the same purpose regardless of where it is, when it is, we are getting together to make music to the best of our ability.

THC: Was there a certain goal you were trying to take on in performing for the wider general public, or someone who might have not otherwise went to the concert?