Ganesh and Brennan Advocate UC Overhaul, ‘The Harvard We Deserve’

'The Undoing' Episode Two: A Thriller Like Few Others 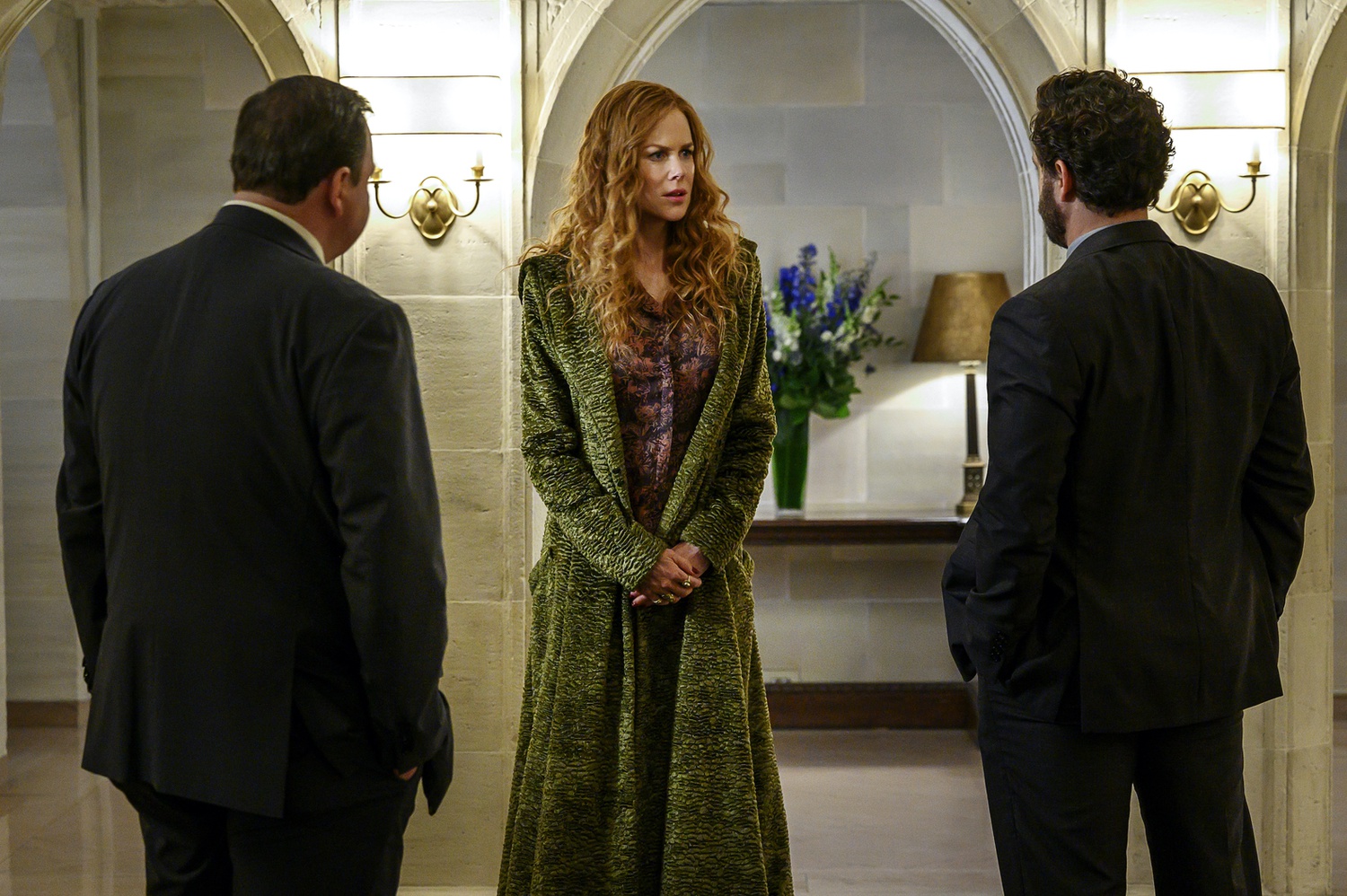 Nicole Kidman as Grace Fraser in episode two of 'The Undoing.' By Courtesy of David Giesbrecht/HBO
By Mikel J. Davies, Crimson Staff Writer

This week’s installment of “The Undoing,” titled “The Missing,” takes a sharp turn from the pleasant and cozy life of the Fraser family, quickly turning into an hour of suspense and tension. As Grace Fraser’s (Nicole Kidman) life seems to unravel on screen, the intrigue and mystery surrounding the mysterious murder of Elena Alves (Matilda De Angelis) only grows, as her husband is cleared of all potential charges with a solid alibi and Jonathan Fraser (Hugh Grant) is left as the sole suspect for this high profile Upper East Side murder.

In an effective turn from the first episode, the writing takes a more sinister approach. Rather than the flaunty, enjoyable walks through Central Park we saw before, Grace and her son Henry (Noah Jupe) are now seen hustling through crowds of reporters, dodging questions about the mysterious disappearance of her husband. Grace is noticeably anxious, waiting for her husband to finally reappear and put her horrors to bed. Unfortunately, every question she asks leaves five more in its place. In a beautifully shot interaction with a hospital colleague, Grace is stuck begging — at the bottom of a flight of stairs — to be told where her husband might be. As if to say her time at the top of New York society may be at an end, a man who was once a dear friend is unwilling to speak to her at all.

This episode plays out like “The Thing” (1982); it seems as if any man with greying hair and a herringbone coat might be her disappeared husband. The constant paranoia and fear surrounding her husband’s claim to be in Cleveland only grows as Detective Joe Mendoza (Edgar Ramirez) seems more and more interested in her story. The rollercoaster of stress and anxiety grips the audience. Rather than telling the audience the happenings of the Fraser family, we get to see it in all its glory through elegant, life-like conversation and clearly written scenes. In particular, we get to see Grace and her father Franklin Reinhart (Donal Sutherland) act as an elite father-daughter duo should: saving face as the press hounds Grace’s every move, all the while trying to discover the man hiding among them.

With Jonathan still out of the picture, the tension of the episode is constantly palpable. Through careful scoring and thoughtful cinematography, the audience can’t help but be as nervous as Grace is. In a particularly clear description of this mood, Grace and her son Henry are away at the family beach house and we see the briefest flash of a man’s head twice. Not being able to tell if it’s her imagination or an unknown figure lurking, Grace’s anxiety reaches fever-peaks. Again, a mystery just on the edge of her vision.

The episode reaches its climax perfectly as Grace waits in terror after another night at the beach house, hearing footsteps on the floor below. We see a figure flash across the screen, and Jonathan whispers, “Don’t scream. I didn’t kill her” For the first time in almost 90 minutes of screen time in the miniseries, Jonathan graces the screen. He looks broken. Finally the missing husband is found, even if it’s under less-than-ideal circumstances.

Although an episode long thriller can get tedious, the cinematography keeps the audience waiting with rapt attention. There’s not a moment of direct sunlight throughout the episode; it only gets darker and more hopeless, quietly reflecting Grace’s mood. In the moments before Jonathan’s reveal, it’s pitch black — the dead of night — but as he confronts her, the subtle grey of the early morning pre-dawn light begins to filter through. As if communicating only the most miniscule amount of hope, the brightening day shows that maybe the life of the Frasers isn’t quite over.

Echoing back to the first episode once more, this episode ends without answering the big question of whether the beast of the season — in our case the murderer of Elena Alves — has really been found, or whether he is simply hiding among the other characters, free from scouring eyes with the attention entirely diverted. Regardless, the third installment of “The Undoing” is sure to be exciting even if part of the suspense of the series has passed. Going into the halfway point of the series, there is still so much more to be uncovered about the Frasers' deeply hidden secrets, dangerous affairs, and future for their family.