'The Undoing' Episode Three: A Slower Episode with Hints of Spice 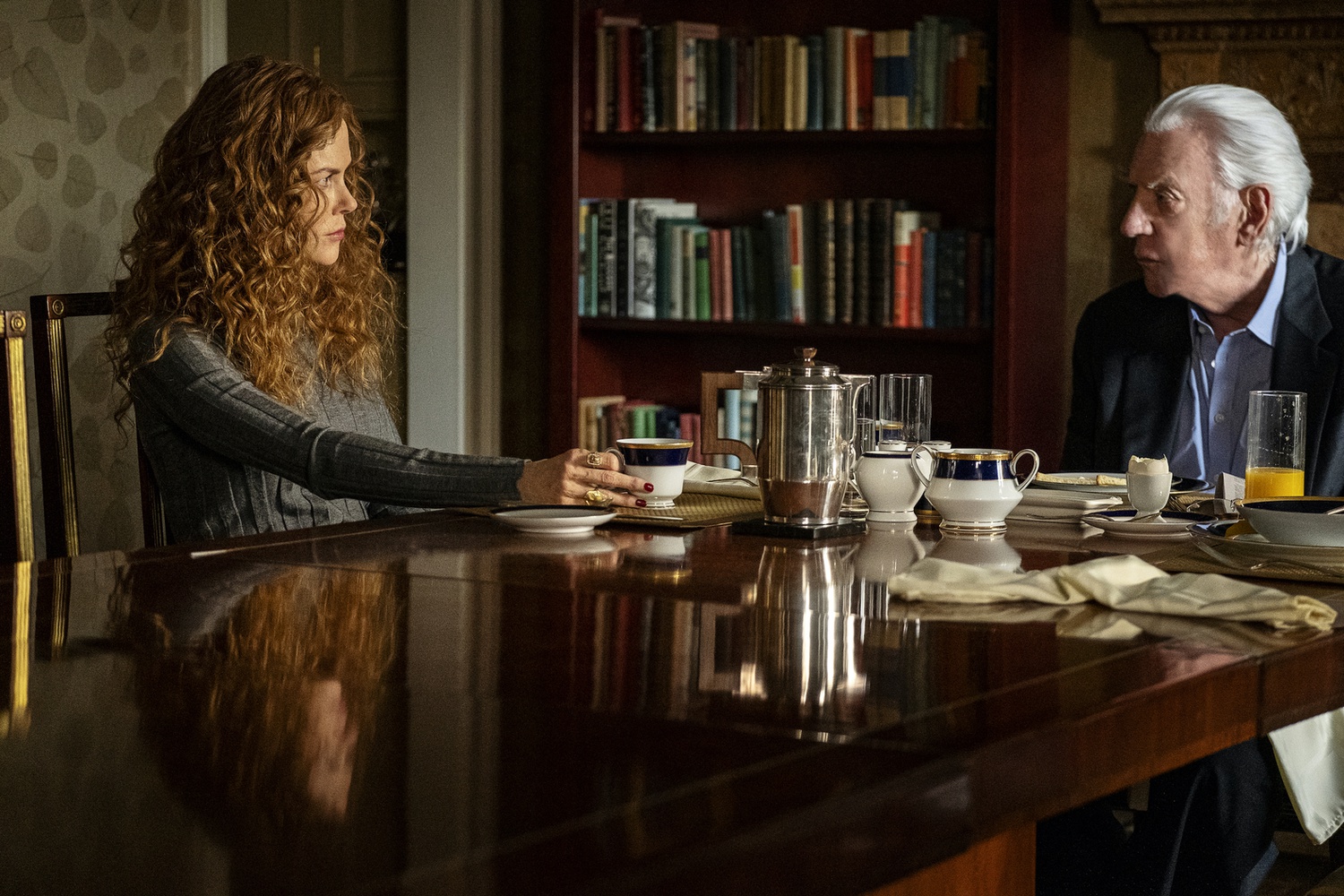 Nicole Kidman and Donald Sutherland in episode three of 'The Undoing.' By Courtesy of Niko Tavernese/HBO
By Mikel J. Davies, Crimson Staff Writer

This week’s iteration of “The Undoing” feels far too similar to the previous two episodes — with the exception of a twist in its final five minutes. With a feel more like a soap opera episode or a TV sitcom, “Do No Harm” doesn’t seem to do a whole lot of anything. The audience gets to meet a few new characters and see a couple new places, but by and large, it’s nothing special.

One of the most unfortunate letdowns of the episode is its introduction. After a killer cliffhanger in the final moments of episode two, episode three wastes that exciting climax in a redo of previous scenes. Letting down its audience’s anticipation, the show relies on previously-shot material scattered with repetitive dialogue between Grace (Nicole Kidman) and Detective Mendoza (Edgar Ramirez) and leaves its audience wanting more.

While the episode lacks particular innovation, its visual and sonic effects still manage to creatively portray the show’s building tension. We see New York through a tilt-shift lens as Grace grapples with the very real possibility her husband, Jonathan (Hugh Grant) is a gruesome murderer and her father has been lying to her. The quietly hopeful tune as Grace goes to see Jonathan for the first time in jail sets the mood without being too blunt. The silent tension in the car when Grace commutes to and from jail establishes the terror she is feeling, finally confronting her husband for the first time while the mystery swirling around the whole ordeal only grows.

In the final five minutes, that building tension finally pays off. The show serves up an ultimate reveal — Grace Fraser may in fact be Elena Alves’ (Matilda De Angelis) murderer. In this moment, the entire perspective of the show shifts. It is no longer clear if the protagonist that has been the center of attention for the first three episodes has in some ways deceived the audience and herself by killing Elena Alves.

With that one fell swoop performed with perfect frustration and anger from Detective Mendoza, the curious interactions from the previous episodes between Grace and the police seem to make far more sense. These men weren’t needlessly harassing a one-percenter, they were going after a legitimate lead and got stonewalled. In this one interaction, the writing (David E. Kelley) and directing (Susanne Bier) prowess of the show became abundantly clear. Such an understandable but also completely unexpected twist takes the episode and show from enjoyable and exciting to truly breathtaking.

In one particular moment, even before the climactic interaction between Mendoza and Grace, Donald Sutherland shines as Grace’s father Franklin Reinhart and livens up the screen. Drawing from his decades of experience, we see him practically spit at the feet of Detective Mendoza without even raising his voice. The disdain for this man tearing apart his daughter’s family was palpable. In what was a phenomenal display of his power in the show, Franklin demanded the audience’s attention and added life to a slow portion of the episode.