Little Mix Gears Up For New Album with ‘Sweet Melody’ 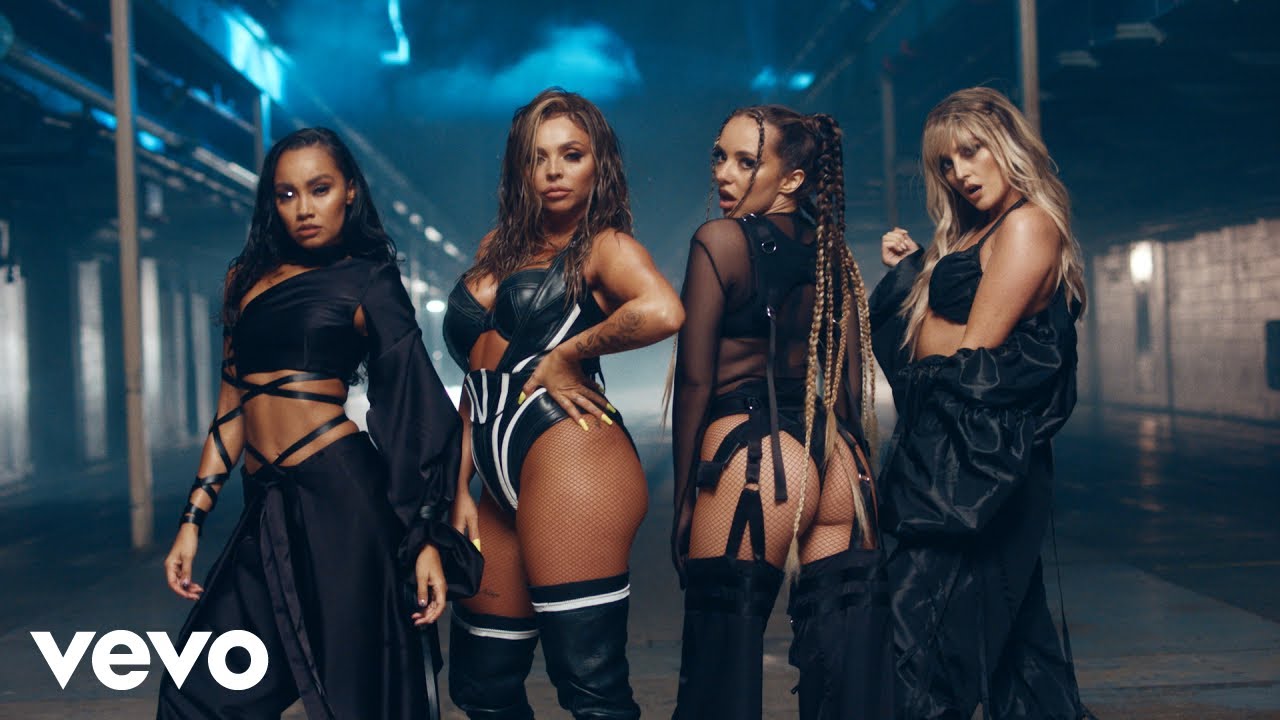 Since their last album and the beginning of quarantine, British girl group Little Mix has been busy. While “LM5” might not have been a smash success, “Sweet Melody” signals a return t0 form as the latest in a series of newly-mature hit singles.

Despite their departure from Syco Music, Little Mix have not faltered — winning another Brit Award for Best British Video with “Woman Like Me” feat. Nicki Minaj. Little Mix’s newer advance singles released in the run-up to their sixth studio album “Confetti” gave listeners a taste of their new sound to come. “Break Up Song” — which was promoted entirely online due to the pandemic — and “Holiday,” both released earlier this year, were upbeat and catchy, with effective and experimental production, even if some of their messages don’t mesh so well with a world in the midst of a pandemic.

Throughout October, “Mixers,” as Little Mix fans term themselves, were inundated with exciting new content. “Not a Pop Song,” released on Oct. 9, features an energetic strumming guitar and shouty chorus, surely crafted to be a crowd pleaser even without a crowd. In the same way, “Happiness,” released on Oct. 15 continues the trend of being upbeat with the beautiful harmonies Little Mix is known for.

Now, “Sweet Melody” deviates from the norm while cementing Little Mix’s sound. It’s got the feel-good dancing beat that embodies the quintessential pop Little Mix excels at. It’s maturer than some of their bigger hits like “Black Magic” and “Touch” without being as explicit as “Joan of Arc” or “Bounce Back.” It’s got the intensity of “Power” without trying so hard. And even among their latest singles, “Sweet Melody” is a blend of the best of their albums. It’s got the self-assurance “Salute” hoped for as they eased away from their X-Factor sound, the romantic authenticity of “Glory Days” when they found their stride, and the maturity of “LM5.”

“Sweet Melody” begins with Jesy crooning a pretty staccato refrain without lyrics — a sweet melody, if you will. The story is a typical one for Little Mix, featuring a relationship with a guy who they had strong feelings for, and then their reflections on their behaviour before the guy did them wrong. While the subject matter isn’t groundbreaking, the mesh of the best of all their preceding albums, lovely melodies (ha!) and creative production choices all form an evocative entry into the pop genre.

Sonic quirks also elevate “Sweet Melody.” When Leigh-Anne sings “But I stopped in my tracks” the backing track completely stops for a beat of silence. Moreover, they employ a play on words in the chorus: where Jesy, Perrie, Jade and Leigh-Anne sing about how “he used to sing me sweet melodies,” the “sing me” sounds more like “save me” which adds a nice subtext, as by singing about this bad boyfriend at all they betray a lingering nostalgia.

Little Mix always excel at both group harmonies and individual belts, and their newest track is no exception. Interestingly, in a break from tradition, instead of giving out a solo to one of the four group members in the final third, all four take turns providing the alternative melodies and “wow notes.” This elevates “Sweet Melody” beyond any of Little Mix’s more formulaic entries to the pop genre as they remind listeners why remaining a girl group even after nine years is a strength and a choice they’re happy with, not a pitstop on the way to lackluster solo careers. The advanced singles of Little Mix’s sixth album have shown a return to their romantic pop roots while showcasing more experimental production and feel-good cohesive melodies.