2020 in Review: Students Mandated to Leave Campus Amid Covid-19 Spread 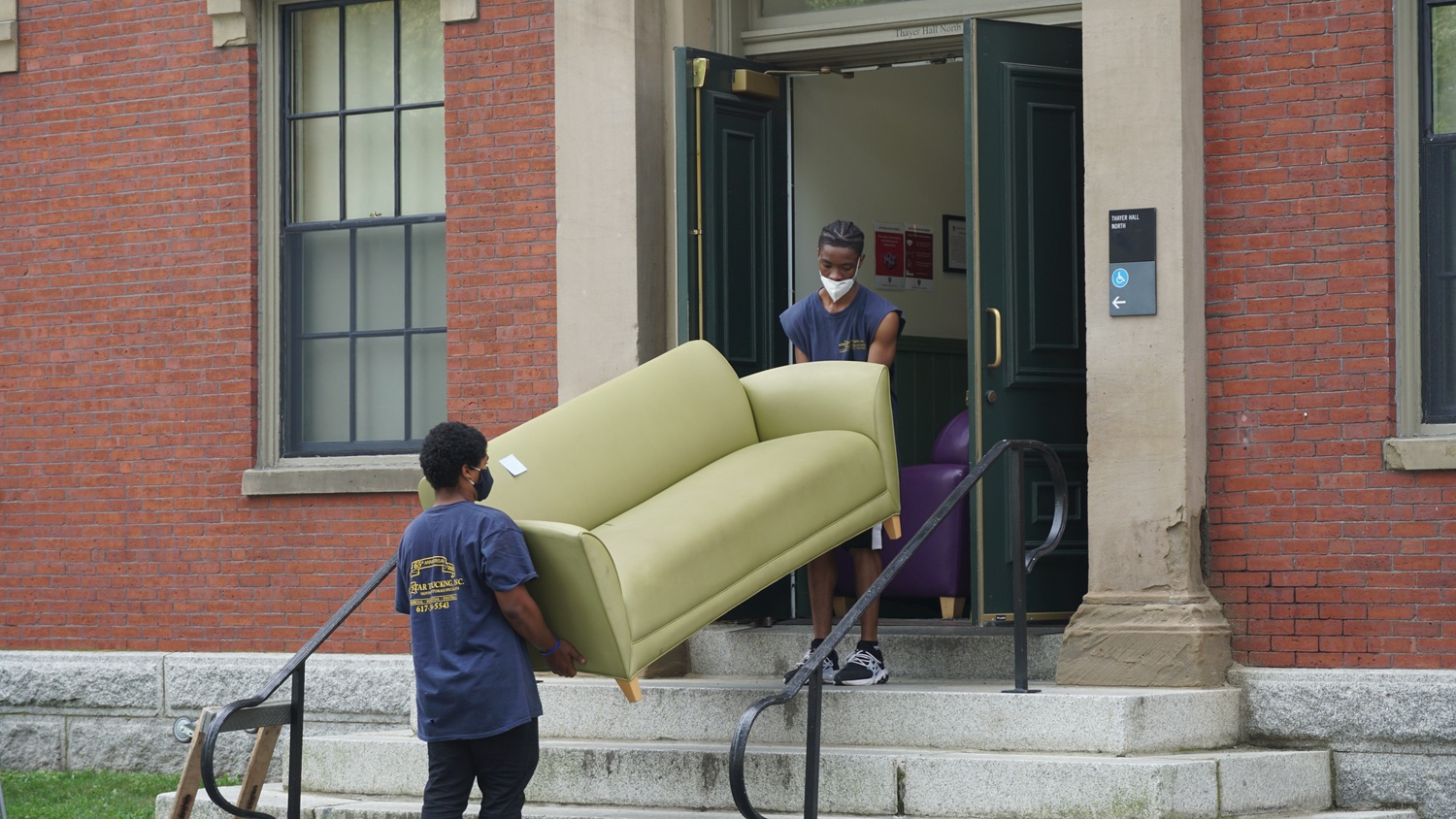 Harvard undergraduates received an email March 10 informing them that they had five days to vacate campus due to the coronavirus pandemic. By Zadoc I. N. Gee
By Alex M. Koller and Hannah J. Martinez, Crimson Staff Writers

Five days after waking up to a March 10 email informing them of Harvard’s decision to de-densify campus, most College students found themselves uprooted from residential life and scattered across the globe.

As they hastened to move out, some first-generation, low-income undergraduates said they were hit hard by the financial burden of having to pay for storage, last-minute trips, and off-campus housing. Some also lost their on-campus jobs, and with them, financial security.

Students of the Class of 2020 mourned the loss of a senior spring cut short. Many scrambled to say their goodbyes — some “packing and drinking” at daytime parties. “We're trying to get happier so we don't get too sad,” one senior said.

On March 23, online classes made their debut on Zoom. An introductory economics course was delayed by 40 minutes due to technical difficulties, and many other classes also suffered from tech-related issues. Four days later, after much debate, the College adopted a universal satisfactory-unsatisfactory grading system.

The University postponed its in-person Commencement Exercises, instead holding its first virtual commencement ceremony on May 28. University President Lawrence S. Bacow — who tested positive for Covid-19 days after students departed campus and recovered — promised to hold a belated Commencement for the Class of 2020.

In July, the University announced it would continue remote teaching for the entire 2020-2021 academic year and prioritize first-years and select upperclassmen for on-campus housing in the fall.

A previous version of this article incorrectly stated the Covid-19 pandemic forced Harvard to shutter its gates for the first time since World War II. In fact, Harvard did not close during World War II; it shifted operations and reduced its civilian student population.

A previous version of this article incorrectly stated that online classes during the spring semester began on March 24. In fact, they began March 23.