Nazi Satire 'Jojo Rabbit' Is Too Obvious to Land a Punch 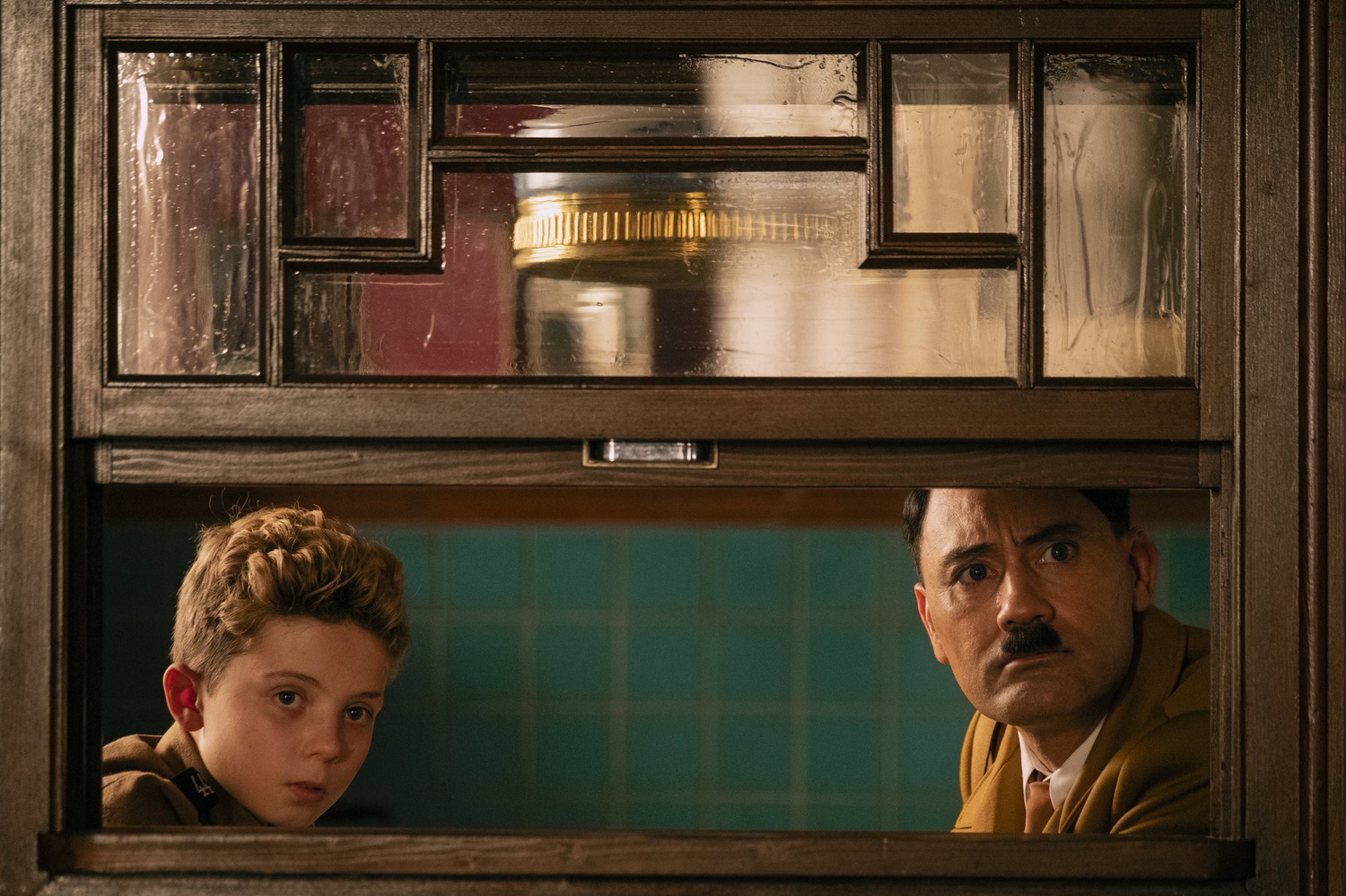 With “Jojo Rabbit,” a coming-of-age Nazi comedy, modish writer and director Taika Waititi makes a big wager: that audiences will swallow their initial discomfort long enough to decide that Waititi has actually fashioned a brilliant mockery of Nazism and bigotry. That realization never comes — not because the premise itself is insurmountable, but because once the shock value wears off, “Jojo Rabbit” fails to sustain its own daring aims. Top-notch acting brings both pathos and humor to the film, but Waititi’s unsubtle directing and guileless script results in an attempt at satire that is dangerously neutered by its own heavy-handedness.

The film’s most entertaining sequence is arguably its first. As the twilight of the Third Reich looms, lonely 10-year-old and budding Nazi Jojo Betzler (the manipulatively adorable Roman Griffin Davis) heads to a kiddie military boot camp, accompanied by his bespectacled friend Yorki (Archie Yates) and his imaginary best friend, Adolf Hitler (played by the director himself). The ensuing summer-camp-style montage, including a slow-mo book-burning bonfire jubilee, is an amusing gimmick. The resignedly patriotic crack team that runs the camp — Captain Klenzendorf (Sam Rockwell), Finkel (Alfie Allen, of “Game of Thrones” fame), and Fraulein Rahm (Rebel Wilson, inextricably herself in every movie) — land some of the film’s best lines in their cheaply comic German accents as they attempt to corral a gaggle of hyper-enthusiastic little Nazi wannabes. “I’ve had 18 kids for Germany,” Wilson proclaims, by way of inspiration.

But as the plot develops and Waititi adopts the gravity of serious storytelling, the film becomes laden with ungainly symbolism. “Rabbit” becomes attached to the young protagonist’s name after he nobly refuses to snap a bunny’s neck and is teased for his meekness. Only “Jojo Puppy” would have been better tailored towards establishing this swastika-loving boy as a caring, innocent youngster. Through heavy metaphor, Waititi paints Jojo, driven by a childlike desire to belong, as so sympathetic that the film’s satirical slant slowly becomes softer than advertised.

Talented young actors aside, it is Johansson who emerged from the awards gambit with a Supporting Actress Oscar nomination for this role, and she is undeniably the film’s beating heart. Though she is burdened by her share of poorly executed themes, Johansson effortlessly conveys the pain of a mother who fears losing her son to Nazism but still strives to raise him with joy. “We must dance to show God we are grateful to be alive,” she tells Jojo. Only this theme, of dancing in the face of tragedy, manages to reappear in an emotionally authentic way. A motif of leather shoes culminates in a devastating moment foreshadowed by the motif's own incessant recurrence.

Yet the almost gauche luster of Waititi’s lens, rather than sustaining a visual identity throughout the movie, fades as the horrors of the Nazi regime accumulate in Jojo’s life. Steady shots of a bewildered Jojo rising only to the knees of the adults around him become unstable cuts from various perspectives. Michael Giacchino’s eerily ebullient marching-band score unravels similarly into melancholia. These pre-third-act shifts are an attempt to sober the audience. Instead, they erode the strongest satirical tool in Waititi's arsenal — the scathing dissonance between presentation and implication, between the film’s colorful, childlike worldbuilding and the immutable spectre of evil that lurks beneath every well-intentioned Nazi comedy.

Herein lies the potentially problematic intersection of “Jojo Rabbit”’s artistic obviousness and its weighty subject matter. By adopting a Disney-ified model of storytelling and virtue signaling, Waititi obfuscates the question of exactly who this strange Führermania bildungsroman is meant to appeal to. To pull off his concept, Waititi needed to make a film that was deft and incisive throughout. Instead he shaped it into a pat emotional arc. And these days, a mediocre Nazi comedy with a sprinkling of unilateral sympathy can wear our collective patience thin.

—Staff Writer Amelia F. Roth-Dishy can be reached at amelia.roth-dishy@thecrimson.com.