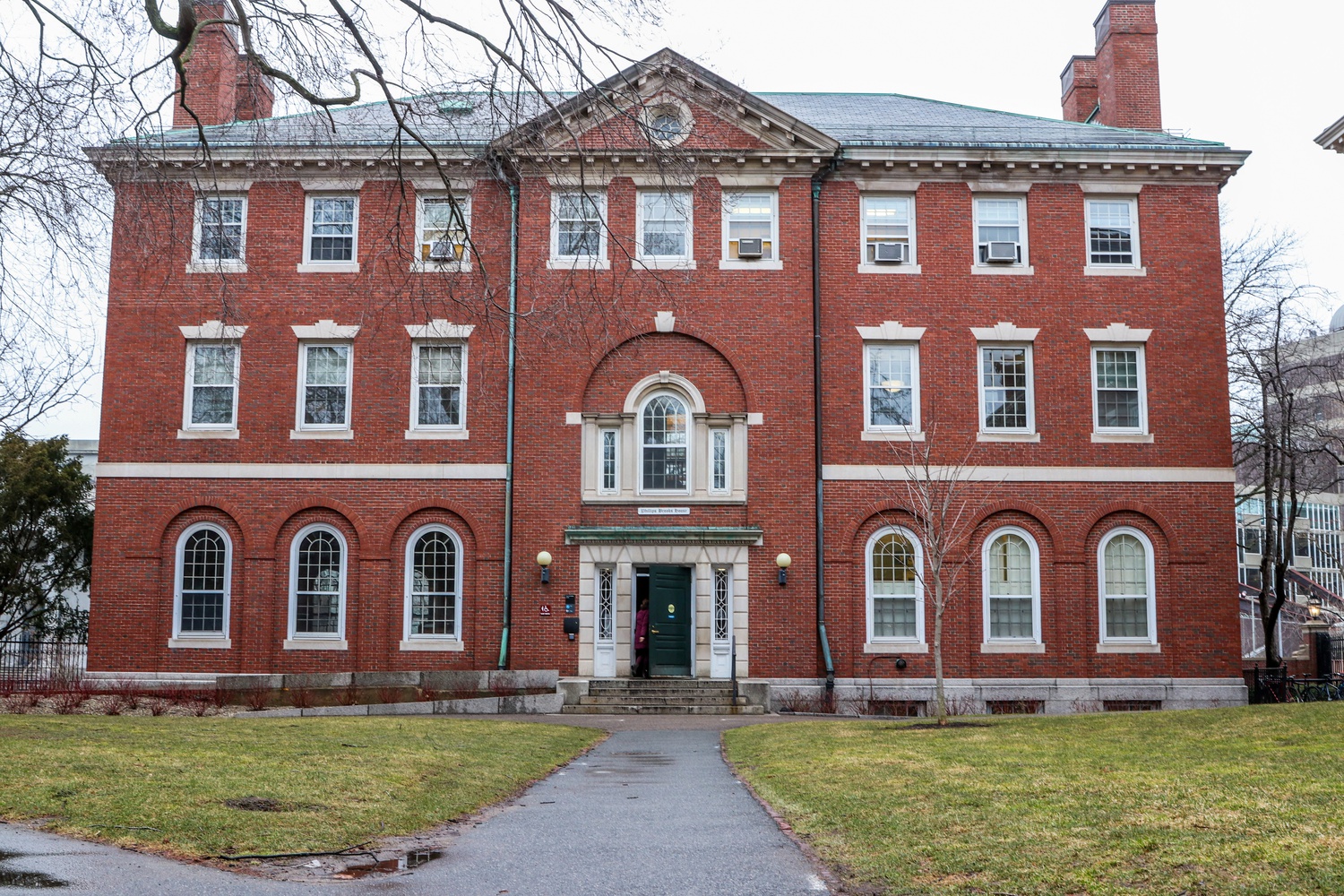 The Harvard Jewish Coalition for Peace, which will hold its first meeting in the PBH Building, is a new anti-Zionist Jewish organization focusing on Palestinian solidarity work, fighting anti-Semitism through solidarity, and engaging with the history of radical Jews. By Allison G. Lee
By Juliet E. Isselbacher and Amanda Y. Su, Crimson Staff Writers

A group of undergraduates formed the Harvard Jewish Coalition for Peace, an "anti-Zionist" group that aims to show solidarity with the Palestinian people and combat anti-Semitism.

The coalition bills itself as an “anti-Zionist Jewish organization” focused on countering anti-Semitism through supporting marginalized groups and creating spaces and events for Jewish students outside of Harvard Hillel, according to a public statement on the organization’s Facebook page.

“Harvard Jewish Coalition for Peace is a new organization founded in the idea that Jewish liberation is inextricably bound up with the liberation of all people,” the statement reads.

The coalition was founded after debates over human rights for Palestinians during “Israeli Apartheid Week” — organized by the Harvard Palestine Solidarity Committee — in spring 2019.

“We build on a long history of Jewish anti-Zionism which teaches us that Jewish safety or liberation will never come at the expense of other people’s lives and land, and are committed to following the leadership of Palestinians in supporting the Palestinian-led Boycott, Divestment, and Sanctions (BDS) movement on and off Harvard’s campus,” the organization’s statement reads.

BDS is an international movement that works to “end international support for Israel’s oppression of Palestinians and pressure Israel to comply with international law,” according to its website.

An announcement for the coalition’s inaugural event — titled “The Jewish Case for BDS” — over the Hillel email list quickly drew criticisms on Saturday.

Caleb J. Esrig ’20 replied over the email list that he found it “immensely disappointing” to see the message sent during Shabbat, a time during which some Jewish people refrain from using technology.

Esrig — a former Crimson editorial editor — also said in a Monday interview that he disagrees with the BDS movement.

Sarah Bolnick ’23 wrote in an email that she was similarly “distressed” by the new organization’s messaging and platform.

“Even if they claim that they’re committed to fighting anti-Semitism, this new organization is, even if unwittingly, alligning themselves with groups that have historically sought the oppression of Jews,” Bolnick, a Crimson editorial board member, wrote. “To oppose Israel’s policies or government is one thing. To reject its legitimacy is quite another.”

Hillel President Rebecca S. Araten ’22 wrote in email that Hillel is committed to an “active and constructive relationship” with Israel, rather than one of “alienation and vilification.”

“Israel is a vital crucible of modern Jewish culture and the home of nearly half of the world’s Jewish population,” she wrote. “We oppose BDS and all efforts that seek to delegitimize the State of Israel.”

The coalition’s public statement also stated that it does not claim to represent the majority of Jewish students at Harvard, but hopes to offer a space for those who agree with its mission and have felt “alienated” by Harvard Hillel.

Araten, a former Crimson editor, wrote that Hillel seeks to accomodate a broad spectrum of political and ethical thought on Israel-Palestine relations.

“As a community, Harvard Hillel is dedicated to inclusive, multi-vocal conversation about Israel,” she said. “Students active in our community represent a diversity of voices and political opinions, which we amplify in programming that seeks to explore the different facets of Israel.”

A previous version of the caption for this article stated that the Jewish Coalition for Peace meets in the PBHA building. In fact, it will hold its first meeting in the PBH building.