‘Birds of Prey: The Album’ is Nothing but BoPs 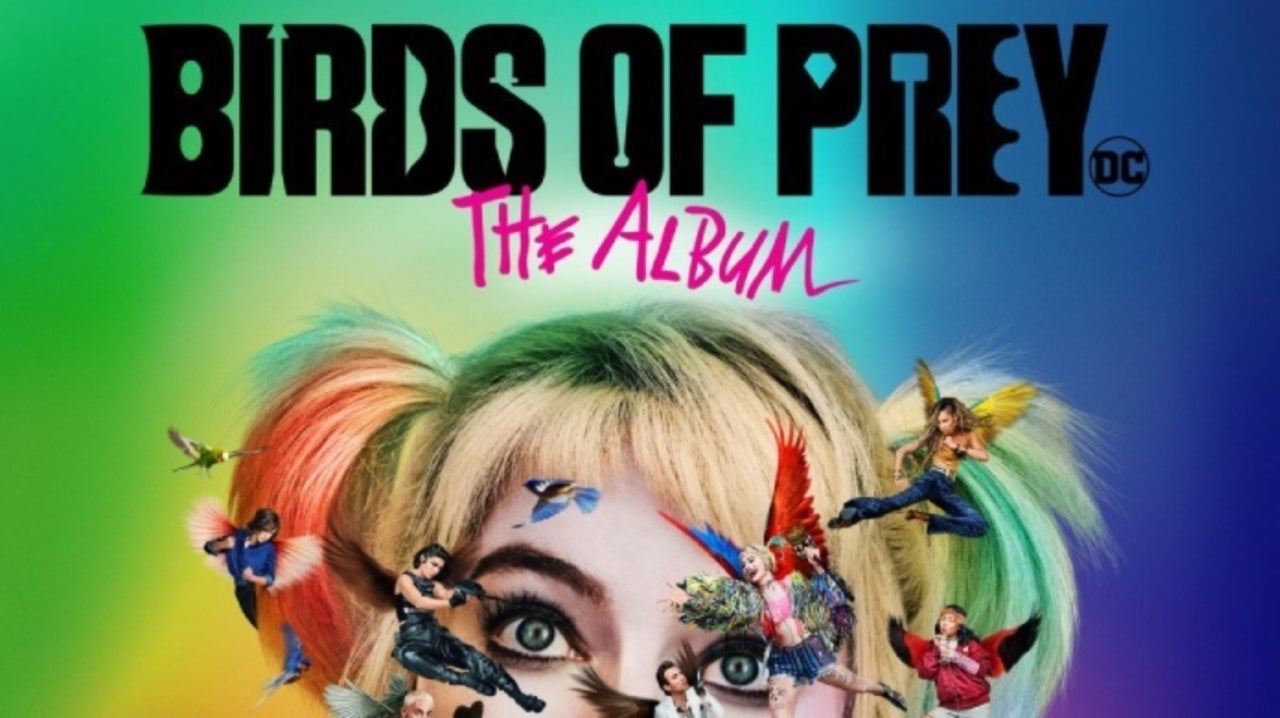 The album cover for "Birds of Prey: The Album." By Courtesy of Atlantic Records
By Annie Harrigan, Crimson Staff Writer

Nearly four years after the release of its predecessor, “Suicide Squad,” the eighth film in the DC Extended Universe, “Birds of Prey (and the Fantabulous Emancipation of One Harley Quinn)” hit theaters on Feb. 7. Coinciding with the release of the movie, Atlantic Records dropped “Birds of Prey: The Album.” With a tracklist featuring Megan Thee Stallion, Halsey, Doja Cat, and the Black Canary herself, Jurnee Smollett-Bell, the soundtrack — like the movie — initially seems all over the place.

Looking at the five singles released ahead of the album, one might not have known what to expect from the soundtrack. Genre-wise, the singles span hip-hop, pop, alternative rock, and rap. The range of styles across the singles made the final album seem as if it was going to be disjointed, choppy, and all-around too much. Despite these initial assumptions, the seemingly-random array of credited artists featured, and any preconceived notions of the soundtrack that stem from reviews of the film, “Birds of Prey: The Album” accomplishes the unexpected. The resulting album is the perfect example of an ambitious collaboration by various artists in different genres done right.

From the start, “Birds of Prey: The Album” hits the ground running. Doja Cat’s “Boss Bitch” opens the album with two minutes and fourteen seconds of fun beats, the rapper’s signature flows, and uplifting lyrics to make anyone feel like a badass — or a boss bitch. The next song, “So Thick” by producer Whipped Cream featuring Baby Goth, embodies self-sufficiency, hard work, and confidence, making it the perfect tune to precede “Diamonds” by Megan Thee Stallion and Normani. A flawless collaboration between two up-and-coming and very powerful artists, “Diamonds” boasts a fun danceable chorus by Normani and Megan Thee Stallion’s confident verses. It is this combination that makes “Diamonds” one of the standout songs on “Birds of Prey: The Album” — a near impossible feat on an album where every song is both different from the last and just as good.

Another highlight from the album, “Experiment on Me” by Halsey, is unlike any other work by the singer. With a heavy guitar, a steady beat, and screamo-style vocals, “Experiment on Me” works well in the context of the album and exhibits Halsey’s versatility as an artist. The next song, “Danger” by Jucee Froot, is one of the more hardcore tracks on the LP. With lyrics about “kicking ass,” strong beats, echoey and screamo vocals, and strong hip-hop and rock influences, “Danger” is one of the best songs on “Birds of Prey: The Album.” Much like “Boss Bitch,” the only downside to “Danger” is that the song is not longer.

“Birds of Prey: The Album” also includes two covers of classic songs. Jurnee Smollett-Bell (Black Canary)’s rendition of James Brown's “It’s a Man’s Man’s Man’s World” broadcasts Smollett-Bell’s vocal range and is rife with emotion. The closing track on the album, ADONA’s haunting cover of Pat Benatar’s “Hit Me With Your Best Shot,” is perfectly eerie, sensual, and nothing like the original while still paying adequate tribute to Benatar’s hit. With its dramatic instrumentation and ominous vocals, ADONA’s take on a well-known song is a risky move that paid off — this version of “Hit Me With Your Best Shot” was made to be on the soundtrack of a superhero movie and remains the perfect way to wrap up an incredible album.

In line with the film’s emphasis on empowering women and putting their stories at the forefront, “Birds of Prey: The Album” features only women vocalists. The artists featured on the soundtrack exhibit a broad range of musical genres and styles. But despite the drastic differences amid the artists on the album, the cohesive order of the tracklist allowed each song to flow perfectly into the next in terms of style, genre, and lyrical content. Thanks largely to the care put into choosing and ordering its songs, “Birds of Prey: The Album” ends up near perfect — the only negative to the album is that the songs simply are not long enough.

—Staff writer Annie Harrigan can be reached at annie.harrigan@thecrimson.com.