Portrait of an Artist: Colleen A. McGuinness ’99 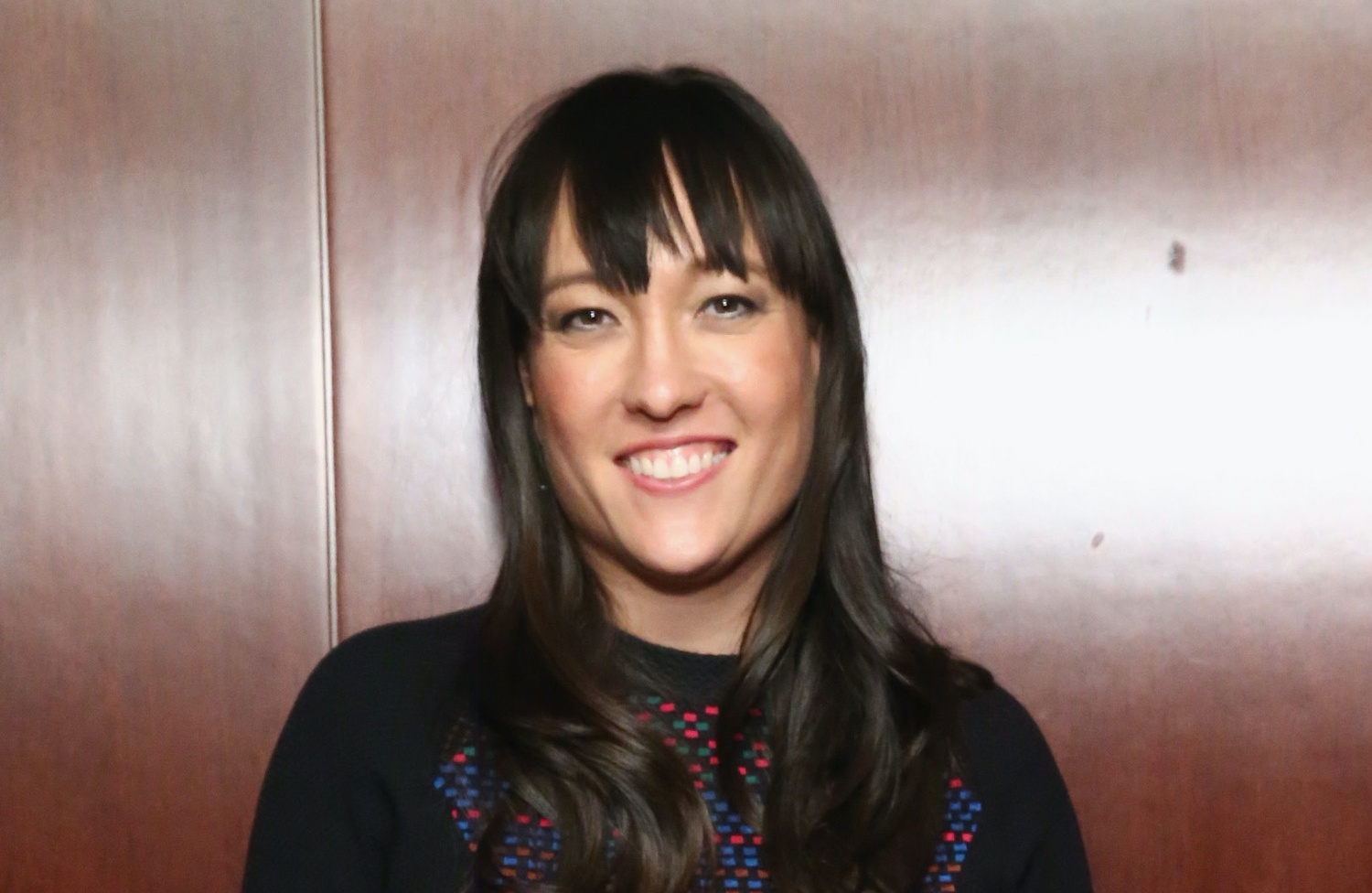 Colleen A. McGuinness '99 is a producer and screenwriter who's worked on "30 Rock," "About a Boy," and "Mercy." By Courtesy of Colleen McGuinness/Astrid Stawiarz
By Claire N. Park, Crimson Staff Writer

Colleen A. McGuinness ’99 is a writer, director, and producer extraordinaire known for her work on “30 Rock,” “Friends From College,” “Love Bites,” and “About a Boy.” The Emmy, Producers Guild of America, and Writers Guild nominated writer and Long Island native sat down with The Harvard Crimson to discuss her diverse comedic inspirations, her writing process, and her favorite memories from writing for “30 Rock.”

The Harvard Crimson: How did you become inspired to write for TV?
Colleen A. McGuinness: I started out being signed by the film department of an agency, and I had written a film and shot a short film. I’ve always loved movies, but I also always loved TV too. I had a bunch of student loans — thank you, Harvard — and some credit card bills, and I was really struggling to make ends meet. It just seemed like, because TV has to go on the air every week, things were moving quicker, so I met with TV agents and got my first job writing for television. There’s so much great TV that I love. When I first started writing, I wrote a sort of light dramatic feature — I don’t call it a dramedy because I don’t love that word — but the very first thing that I really wrote was a short film that was a comedy. It was not a true story, but it was about a girl in college who thinks that her roommate may have walked in on her while she was masturbating. So it’s a little bit of a detective story and as she’s asking around, she’s also hearing different viewpoints about sex and about what people believe is “normal.” I think that a lot of great comedy comes from shame and embarrassment and humiliation.

THC: Did you grow up loving comedy?
CAM: I’ve always loved comedy. I remember one of the first shows that I really watched, that I was allowed to watch — because I was raised by my grandparents, who were pretty strict about television — was “Family Ties.” And when I was in middle school, I would watch “Saturday Night Live” every weekend, then “Friends” and “Seinfeld” came along, and I would memorize scenes from “Seinfeld” and act them out with my friends. I also loved a lot of old comedies — there’s a Jack Lemmon movie called “The Out of Towners.” I loved “The Philadelphia Story” and “Annie Hall” — there are a lot of older comedies that I grew up watching and I think they all pointed me in that direction.

THC: What have been your favorite and most personally meaningful projects so far?
CAM: It’s funny because while you’re working on a project, it feels like it’s the most meaningful. I would say that in some ways [the answer is] the first film and the first feature that I wrote, which was about a guy who kind of gets stuck on Long Island and whose dad has died and he is smoking a lot of pot and isn’t going anywhere until he meets this younger girl who he starts tutoring. It’s this impossible romance because of their age gap. It was a really personal project and I think, just because they were the first two things that I wrote, they felt extremely meaningful. I was really learning to find my voice and make myself vulnerable and put myself out there. I really try to find a personal angle before I take anything on, and anytime I don’t fully have that, I never feel as good about what I’m writing. So it’s something that’s kind of necessary for me at this point. But while I’m tackling it I can find a real connection to it, and I can draw from my own life while I’m writing it.

THC: What TV shows have been your biggest inspirations, and what are your favorite shows now?
CAM: I love “Fleabag,” “Russian Doll,” “Killing Eve,” “Atlanta,” and then growing up, like I said, “Family Ties,” “Seinfeld,” and “Friends.” I also really loved “Twin Peaks.” That was a huge show for me. I just couldn’t believe that this was a television show. It seemed like a movie and was very cinematic and I just couldn’t sleep watching it — it scared me, it moved me, it was so beautiful. I also loved “The Sopranos,” and later I wound up being very influenced by “Arrested Development.” Before I wrote on it, I really loved “30 Rock” as well.

THC: What are some of your favorite memories from your time writing on “30 Rock”?
CAM: We had Kermit the Frog in [one] episode, and I was always a huge fan of the Muppets. One of the things that I loved about “30 Rock” was that, especially at that stage, we really did some crazy stuff. I remember being in the rewrite room on that episode, and at some point, someone pitched that Kermit was at [Colleen’s] funeral, and it went in the script. Sometimes we would just throw crazy things in and then take them out. I remember saying to Robert Carlock, who’s a Harvard grad, and who also ran the show with Tina — “Kermit’s really gonna do it, like we’re really going to try to get Kermit?” And he was like, “I don’t see why not!” And apparently it was a big process to get Kermit — he’s really tough to get through to, and the funny thing is that he almost didn’t come because of [Hurricane Sandy], so at a certain point his plane was delayed and everyone was waiting. But I have to tell you that when Kermit and his operator, Steve, showed up, people went bananas. And this is a crew and cast who saw pretty huge guest stars on a regular basis — there were a lot of great people who passed through “30 Rock” — but definitely Kermit the Frog was one of the most exciting guest stars that we had. Everyone got on line to take a picture with Kermit during their lunch hour.

THC: What is your favorite “30 Rock” episode of all time?
CAM: As for my favorite episode, I sort of have three. My first favorite is “Rosemary’s Baby.” It’s a lot of people’s favorite, I think, and I think Tina thinks it’s one of the best ones, too. I remember I wasn’t writing for the show at the time and I was just so blown away by that episode. I also love Carrie Fisher. The other one that really stuck out in my head was “Tracy Does Conan.” That episode came along in the first season, and I remember I was watching the show, and I was into it, but that episode came along and I was like, “Oh my gosh, this is another level.” It was one of the first episodes that really showed what “30 Rock” could do. It takes a while when you’re writing a show for all the elements to come together and I felt like they pulled everything together really brilliantly on that episode. The other one that I really love is one that Matt Hubbard won an Emmy for, which is “Reunion,” where you find out that [Liz Lemon (Tina Fey)] was not the bullied one — she was actually the mean girl in high school. The whole thing is kind of a “Carrie” rip off. Something I love that we could do on “30 Rock” was that we could parody other movies and TV shows.

THC: What is your writing process like? Where do you start?
CAM: It’s never the same exact way — I’ll have an idea or think of a character or think of a memory or experience that I had, maybe, or read an article. Inspiration can come from anywhere, and I’ll kind of think about it for a while and kind of play with the idea, and see if it holds my interest. If it starts to hold water and I’m still excited and I’m finding new ideas to build on that original idea, then at some point I’ll start to see how scenes will play out, and I’ll start to write things down. If it’s for a TV show, I’ll usually pitch it, in which case I’ll still have to flesh it out as a pitch, and I’ll come up with themes and characters and potential stories and potential arcs. If it’s a movie, I’ll write an outline — I’ll start to think, “What’s the first, second, and third act? How can I break this down into scenes?” — things like that. One of the other things I’ll do is run it by somebody. I find that to be really helpful, too. I’ll start to toss ideas out and when you’re talking, you start to realize things just on your own. Sometimes my husband will just listen and I’ll kind of talk myself into a direction. But everything’s different. The most important thing is to have your butt in the chair and just start getting stuff down.

THC: What have your experiences been like as a writer in comedy and do you have any advice for other women looking to break into comedy writing in general?
CAM: The last show that I wrote on was called “Stargirl.” It’s based on a comic book and created by Geoff Johns, and it was the first time — and I’ve been doing this for a while — that I’ve ever written on a show where there were more [women than men] in the room. And I was like, “It finally happened!” It was a male showrunner who did that on purpose and hired more women because we had a female lead character. It was really cool. For the most part, I’ve been on a lot of shows where there’s not a lot of women, but I do think that there are efforts being made to change that, and I think there are slightly more female showrunners than there were 10 years ago. I’ve been really fortunate to work for a number of showrunners like Tina, and some others who’ve been really great, like Liz Heldens. I think that’s part of the advice I would give to women starting out: It’s great to work for a female showrunner. But it’s also great to work for a male showrunner if he’s a good showrunner. I think that ultimately, you just have to commit to doing this no matter what. You try to find rooms that are receptive and warm to what you have to offer — you try to work with good people. You just have to put your voice out there and do your best and just hope that as you get to know other female writers and support each other, hopefully there will be more of a [tide change]. And I really think that’s starting to happen.

THC: After writing features and producing on shows, where do you hope to go next in your career?
CAM: I finished a Film Independent Directing Lab, and I’m actually the only woman in it, so I hope that more women apply next year. But there’s a movie that I wrote that I’m going to direct. Through the program, you get to workshop your film, and shoot a couple of scenes from the movie, and that was a really great learning experience. So I think next, I’d like to direct my movie.