Saint Motel Captivates with Their Eclectic Brand of Cool 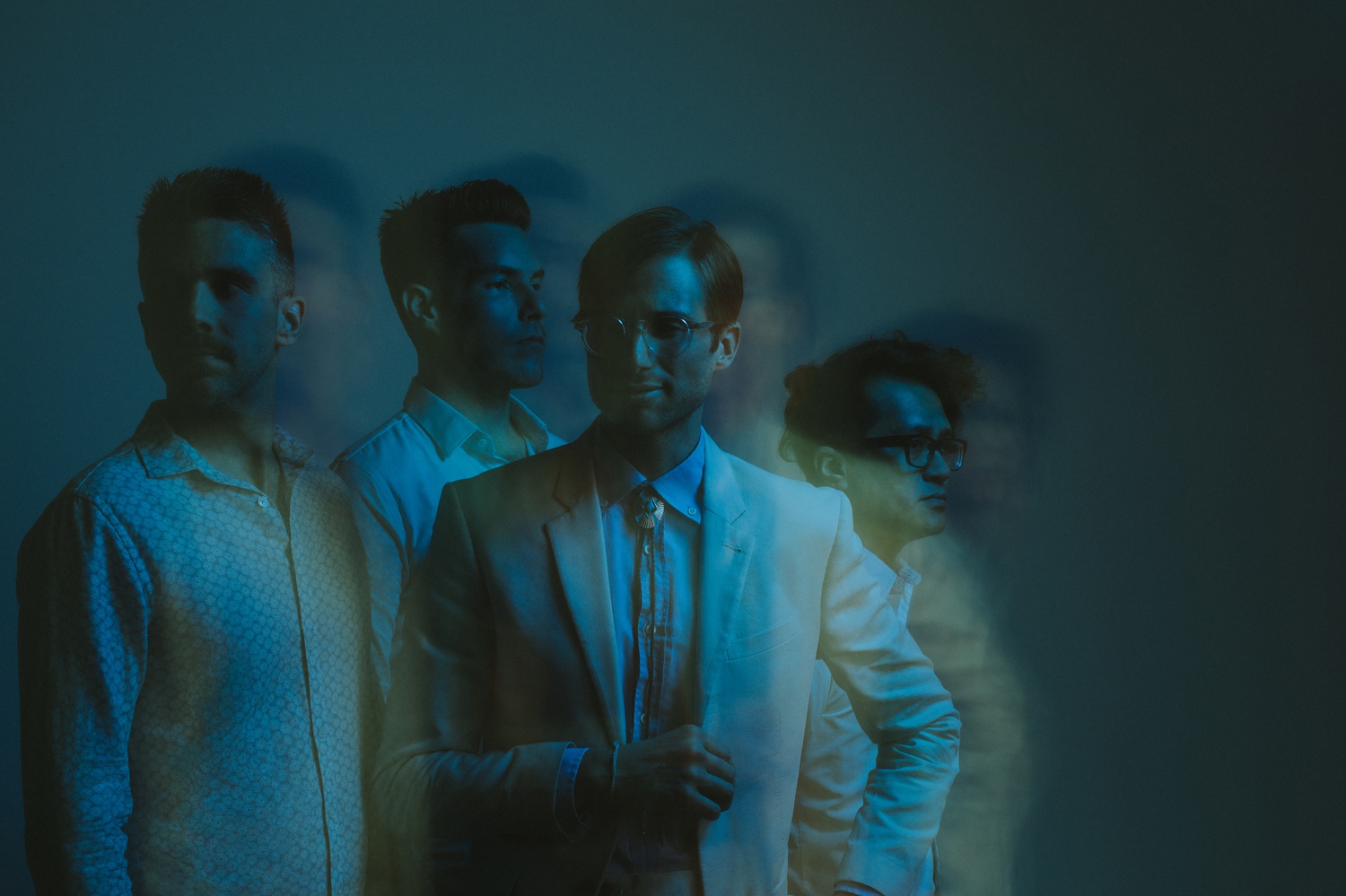 On Feb. 14, Saint Motel — an indie pop band consisting of A/J Jackson on vocals and piano, Aaron Sharp on lead guitar, Dak Lerdamornpong on bass, and Greg Erwin on drums — made a tour stop at The Royale. The group is touring in support of their most recent project, “The Original Motion Picture Soundtrack: Part 1,” the first installment in an upcoming trilogy of releases that together will compose a complete album. The first batch of fresh music that the group has put out since 2016’s edgy yet whimsical “saintmotelevision,” these five new tracks — “Old Soul,” “Sisters,” “Van Horn,” “Diane Mozart,” and “Save Me” — prove Saint Motel’s enduring knack for infusing both lyrics and instrumentation with effortless vivacity.

The concert began abruptly with a triumphant swell of music not unlike the orchestral theme that heralds the 20th Century Fox logo at the start of a film, immediately hushing the crowd’s casual chatter as if everyone had been transported into an actual cinema. After a brief pause, scenic footage ripped straight from a National Geographic documentary started scrolling across the many screens positioned artfully across the stage set. A deep, booming narrator’s voice filled the venue and spared no theatrics in proclaiming the night’s show as “a cinematic voyage through imagination.” This dramatic framing of Saint Motel’s live performance came as no surprise — after all, the band is nothing if not experimental, as evidenced by the 360-degree virtual reality music videos they created for each of the tracks on the record “saintmotelevision.” The atmosphere of boldness bordering on humorous chaos generated frenzied excitement before the band played a single note.

A/J Jackson, an uncontrollably expressive performer who couldn’t help but talk with his hands, was among the show’s highlights. During the extended instrumental intro to “For Elise,” he motioned as if conducting an invisible orchestra. In the opening bars of “Move,” he swept a hand sensuously over his shoulder, acting out the lyrics as he drawled them: “One look, one touch of a hand / can set the spiral in motion.” With intimate, physical gestures, Jackson turned his performance into something private and earnest, like the experience of listening to an old friend tell a story. But for all the theatrics displayed at the beginning of the show, the actual music played by Saint Motel was refreshingly free of affectation. From the conversational cadence of Jackson’s voice to the way Aaron Sharp rocked back and forth as he strummed the guitar, there seemed to be no barrier shielding the performers’ emotions from the audience.

A certain aura of uncool coolness, or perhaps cool uncoolness, permeates the way the band members carry themselves and perform their music. The 2000s emo vibe evoked by Saint Motel’s unfortunate wardrobe of short-sleeve tees and vests is well balanced with their tongue-in-cheek take on themes of young love in lyrics like “You could yell ‘Piss off! Won’t you stay away?’ / It’ll still be sweet talk to my ears” from the track “Sweet Talk.” Very rarely do Saint Motel songs hit a sharp emotional or dynamic climax. For the most part their music starts at a moderate level of energy — right at the cusp of where it’s acceptable to either simply bob your head or break it down on the dance floor — and stays there all the way until the reverberation of the last note has disappeared.

All through the night, Saint Motel’s body of work proved itself to be irresistibly danceable, capturing the spirit of youth in all its brash, gleeful self-indulgence. Many of their greatest hits, such as “My Type” and “Move,” are punctuated with bright bursts from brass instruments and sharp claps. Even the few relatively slower pieces scattered in the setlist, such as “Old Soul,” possess the same relentless, upbeat rhythm that refuses to be tamed even in the presence of dreamy background vocals and breathy adlibs.

Between the campy effort to frame the show as a cinematic experience, the little canoe strung with lights upon which Jackson crowd-surfed across the pit, and the person in a full-body dinosaur suit that danced alongside the band during their encore, it might seem like Saint Motel is trying too hard to do too much at once. Surprisingly, however, the theatrics that set the show apart from an ordinary concert never came across as a cheap ploy for attention but rather seemed a genuine manifestation of their chaotic energy. Both the audience and the band members themselves relished Saint Motel’s exaggerated references to cinema and self-aware quirkiness. The visual mayhem only complimented the effervescent, time-transcendent experience of their music that was somehow perfectly fitting for both the fickle teenager in the throes of their rebellious phase and the middle-aged couple looking for an vibrant backdrop to their date night.

—Staff Writer Miranda Eng can be reached at miranda.eng@thecrimson.com.