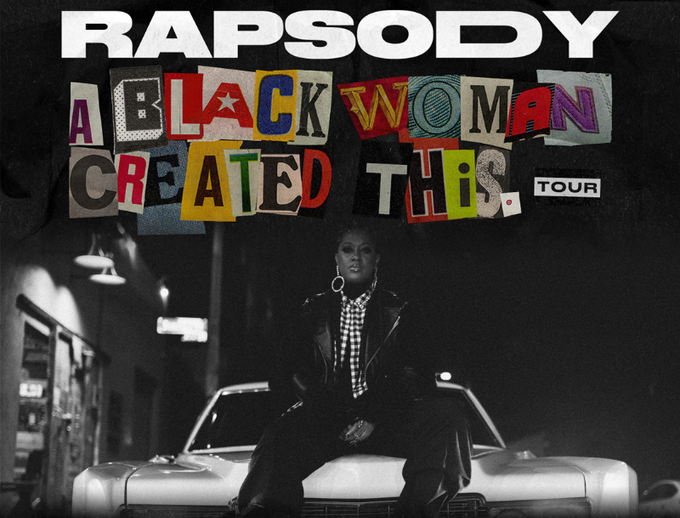 On her recent Boston stop for the “A Black Woman Created This” tour, two-time Grammy nominee Rapsody owned The Sinclair’s stage. Rapsody, who hails from Snow Hill, North Carolina, made a name for herself collaborating with artists like 9th Wonder, Mac Miller, and Kendrick Lamar, ultimately signing with Jay-Z’s label Roc Nation and earning two Grammy nominations for her 2017 album, “Laila’s Wisdom.” She shined during the Feb. 7 concert, where her smooth flow and incredibly powerful raps showcased her unique style and left a lasting impression on Boston.

Dutch ReBelle, a Boston-based rapper, opened the night, energizing the crowd while keeping it personal and even giving out her phone number at the end of her act. Then Heather Victoria came onstage with smoother vocals and high-pitched notes, belting out R&B songs that complemented Dutch ReBelle’s hard-hitting raps. Most captivating of all was Sa-Roc, a veteran rapper whose relaxed presence, combined with her rapid-fire words, kept listeners at the edge with spillover rhymes and intricate wordplay.

All three openers warmed the stage for Rapsody who, after a few minutes of suspense, waltzed out in an oversized white windbreaker and baggy camouflage pants and jumped into action before the dim red lights could illuminate her face. She asserted her power with “Nina,” the first song on her album “Eve,” and declared to the Sinclair, “Emit light, rap, or Emmet Till / I drew a line without showing my body, that’s a skill.” With tenacity and spunk in each word and step, she moved back and forth from the stage not just as a performer, but as a woman with something to say. She kept the energy alive with “Cleo” and “Whoopi,” two more songs from “Eve” that allowed her to address her status in the music industry and her strength throughout her ordeals.

With a now-energized crowd, she slowed down and introduced the “A Black Woman Created This” tour, a smile in her voice as she acknowledged the accomplished women that headed every aspect of her show. The theme was all the more prevalent considering that “Eve” is dedicated to black women she admires, each individual track named after one of her idols. As the performance went on, she continued to balance pride in her own ability with respect for her heroes.

Throughout the concert, Rapsody performed incredible songs from her past albums like “Pay Up,” where she highlighted the injustice of a male gold digger preying on independent women, a reversal of the roles usually seen in rap songs. The inflections and irony in her voice were clear as she lamented, “Thought your love one day would help him grow up / But, he just want a baby girl that he know can / Pay up,” and she animated the song the way only a live performer can. Using an almost bitter tone and high-powered bounces and movements, she both expressed her scorn for the male lover and seemed to connect these feelings to frustration with the hip hop industry’s general disregard for women in their ranks.

As a rapper who is unafraid to credit her role models, Rapsody also spent a lot of her performance honoring women like Lauryn Hill, Maya Angelou, and Aaliyah for their legacy and impact. In one segment of the concert, Rapsody invited a (single) man to come onstage and delivered a tribute to Hill as she performed Hill’s cover of “Can’t Take My Eyes Off You” for him. She continued to take him on a journey of love, singing songs like “Rollercoaster Jam Called Love” and dancing with him onstage as she expressed hope about a budding romance through her fluid movements and aptly worded verses. In the end, he left the stage so that she could leave the crowd with a powerful reminder to put self-love above all, and ended the show’s three-part depiction of love with “Maya,” an empowering song performed with gusto and pride.

Rapsody remained as potent and compelling throughout the rest of her concert. Sometimes, she’d strip the music from the song and perform her raps like spoken word, each line clear, punctuated, and meaningful. Other times, she’d hype up the crowd with call and response phrases, like “Can I kick it y’all?” taken from the prolific rap group A Tribe Called Quest, exciting the crowd and paying homage to her roots. In one of the rare moments of quiet, Rapsody addressed her fans and said, “I’m just a reflection of you and a reflection of what I see, so I appreciate you for the inspiration.” With conviction and passion, Rapsody’s “A Black Woman Created This” tour was a tribute to the people before her, a thank you to the people with her now, and a promise for an even greater future.

—Staff Writer Vivien L. Tran can be reached at vivien.tran@thecrimson.com.