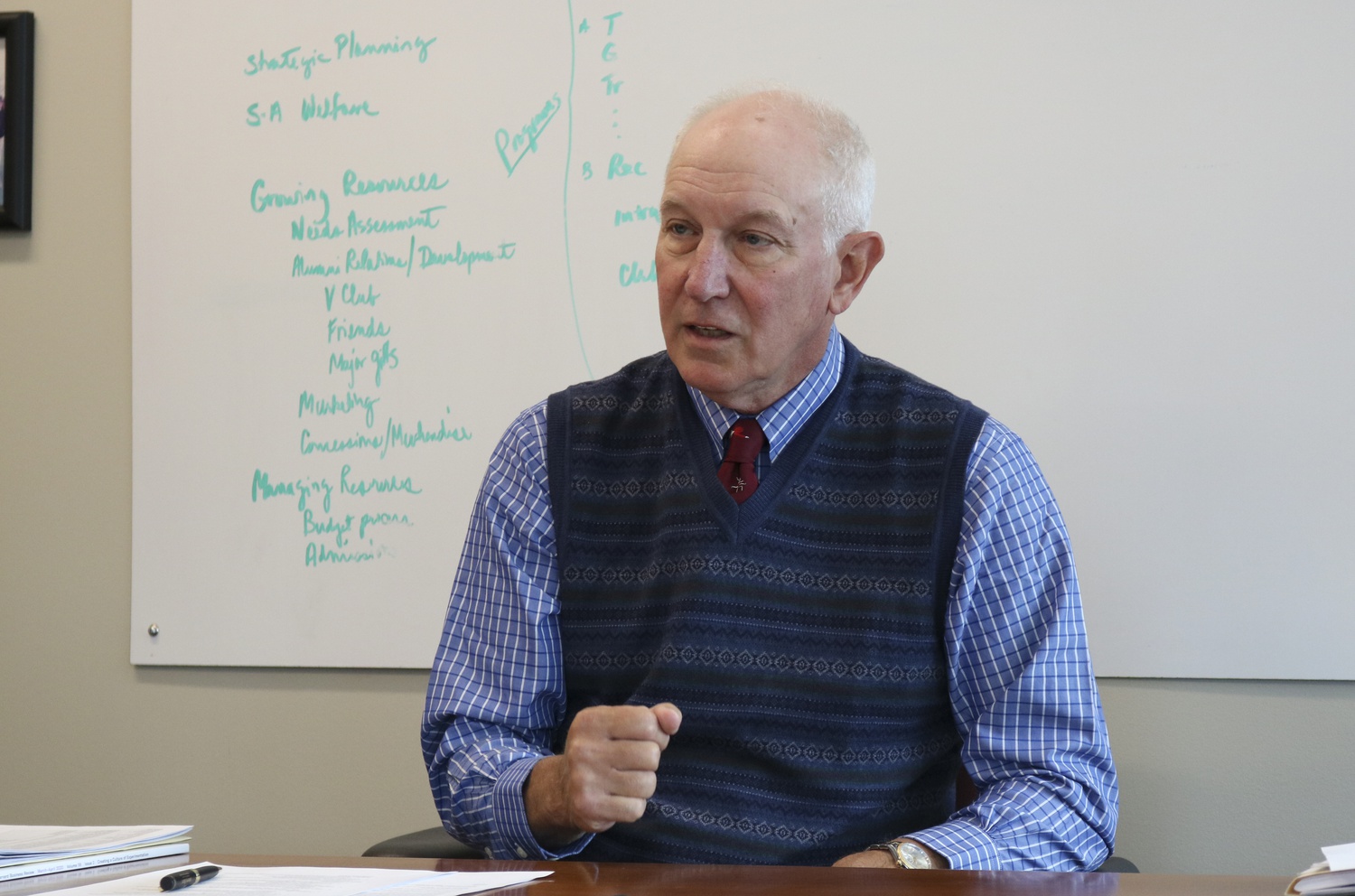 “It's not a student development kind of direction,” he said. “I actually firmly believe that if we admit people to come here — and people come here for the right reasons and we are reasonable in our time commitments — that specialized academic resources for student-athletes that are not available to all of the students at the school is an unwise direction.”

Scalise said Harvard does not offer special academic attention to its athletes because it values their academic contributions to the College.

“Harvard and the Ivy League experience is a unique college experience in athletics, because you can compete at the highest level in most of our sports,” he said. “But you get a chance to have an academic experience that's second to none. And you have to decide what that's going to be. It’s different than other places.”

“The schools that do that tend to do that so that their kids stay eligible,” he said.

According to the Harvard Athletics website, Ivy League “athletes should be treated as other students, receiving nothing more nor less.”

In doing so, Scalise said Harvard’s peer institutions are succumbing to national trends in collegiate sports.

“I'm starting to see these little — this creepage of the big time approach into other Ivy League schools,” he said. “And you have to say, at what cost are you willing to have this athletic success?”

Earle said she does not want athletes to gain access to resources not available to their non-athlete peers. Instead, she said she would prefer Harvard to tailor existing academic resources to align with athletes’ schedules.

Earle said the time athletes devote to their sport — which she estimated at roughly 30 hours per week — precludes them from taking full advantage of academic resources at Harvard that are ostensibly available to all undergraduates. She said professors’ office hours and sessions at the Academic Resource Center and the Harvard College Writing Center tend to coincide with athletes’ practices and competitions.

In the past, Harvard has offered resources aimed specifically at student-athletes in non-academic areas.

In the fall of 2018, Harvard Athletics and Harvard University Health Services’ Counseling and Mental Health Services co-created a program to support student-athlete wellness. Scalise noted in an email that the program does not dole out specialized resources to athletes, but instead extends the hours of previously existing resources to accommodate athletes.

Earle said that she hopes Harvard will foster an environment where athletes can succeed in both athletic and academic pursuits.

“You want to take pride in both and you don't want to excel in one and not in the other,” she said. “To excel in both you have to either make decisions [or] make sacrifices, and I think that with help it would make those decisions and sacrifices a lot easier.”

She added that she believes that the practice of offering additional academic resources to athletes is an equitable one.

“I don't think it is giving athletes any special treatment. I think it's just like leveling the playing field,” she said.

“The College offers a multitude of Academic Support to our student-athletes outside of practice and game hours via the Advising Programs Office, the Harvard College Writing Center, and the Academic Resource Center,” he said. “All student-athletes are encouraged to make use of those hours if they feel they need support.”