‘On the Wings of Keeradacks’ Feels Like Just Another Episode 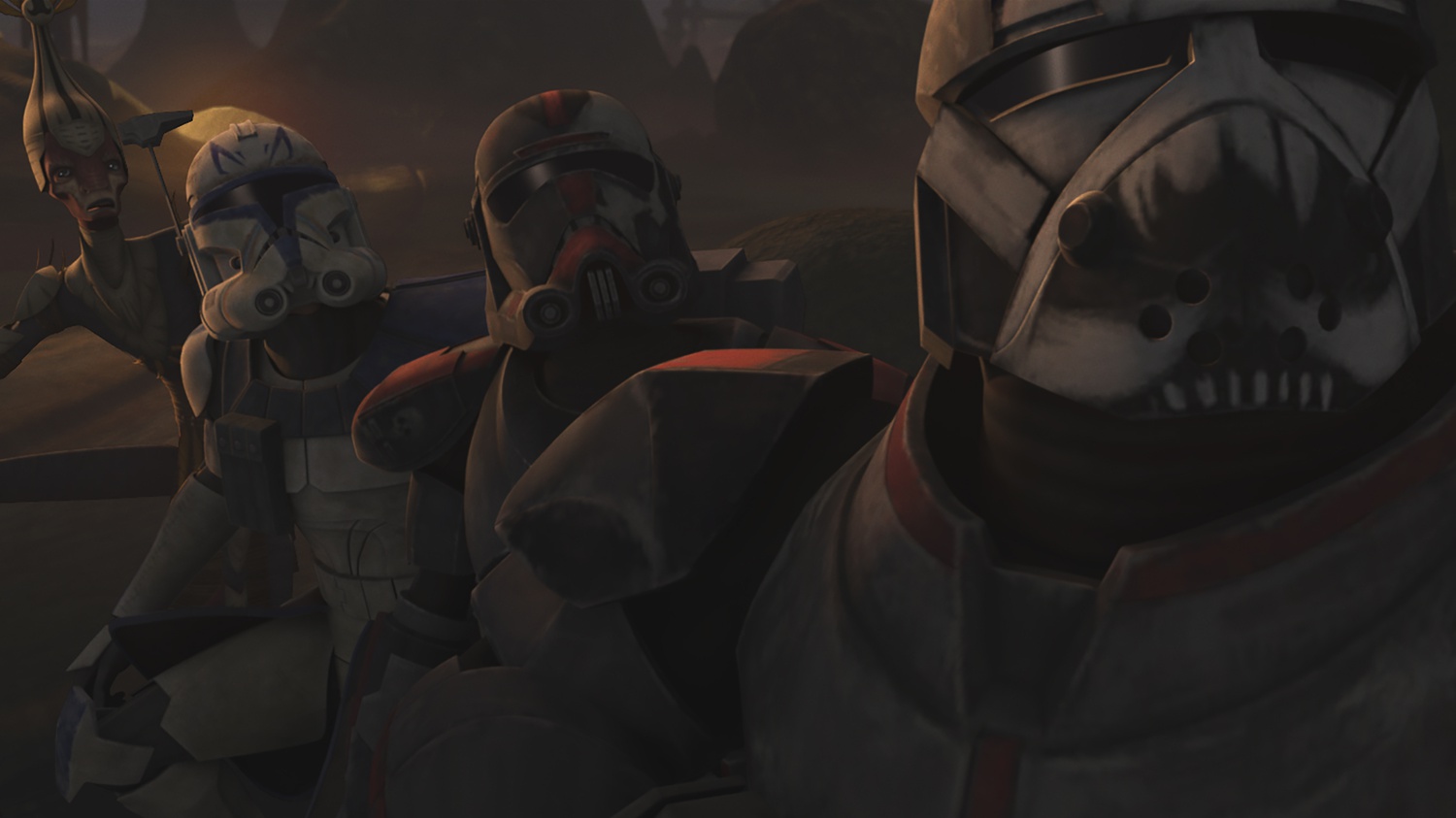 Continuing the first story arc of Season Seven, “On the Wings of Keeradacks” feels almost indistinguishable from many “Clone Wars” episodes. Following a harrowing escape from the city of Purkoll and the droids of the Techno Union, the protagonists — with the addition of the rescued Echo (Dee Bradley Baker) — scurry to a small town of the indiginous Poletec people as their last ditch effort to escape. The episode concludes with a battle between savvy Anakin Skywalker (Matt Lanter), Captain Rex, and the Bad Batch and the Union’s D-Wing Support Droids and two Octuptarra Tri-Droids to protect the Poletec people.

This type of story arc is far from unusual for “The Clone Wars.” Across Seasons One, Three, and Four, the clones and Jedi often find themselves in situations where they inadvertently bring peace-loving civilians into the crosshairs of galactic war. In Season One, episodes 13 and 14, the Lurmen people are forced into a battle with droids following a crash landing. Later, in Season One, episode 15 Skywalker and Obi Wan Kenobi (James Arnold Taylor) investigate the happenings on the icy moon of Orto Plutonia, discovering the Talz people. Similarly, Season Three, episodes 21 and 22 sees Ashoka Tano (Ashley Eckstein) kidnapped by Trandoshans where she must empower a group of fellow kidnapees to rebel against their captors. Season Four episodes one, two and three continue this trend by depicting the people of Mon Cala — the same people who later help found the rebellion and win the war against the Galactic Empire — as they are attacked by Aqua Droids, requiring the protection and bolstering of the Republic. Clearly, the 12-year run of the show is not without certain patterns.

As trite as this pattern may seem, this repetition in Season Seven serves two purposes. First, by layering new characters and stakes onto familiar sequences, “On the Wings of Keeradacks” fits into the Clone Wars continuity without much surprise or frustration. Second, it portrays the realities of war, in which the innocent civilians are thrown into conflict against their wishes. While capitalizing on the adventures of a galaxy-spanning war, “The Clone Wars” continually preaches the toll the war takes on its active participants — as seen in Echo’s fall from ambitious, successful ARC Trooper to Wat Tambor’s science experiment — as well as those who stand idly by — the Poletec, Talz, and Lurmen.

“On the Wings of the Keeradacks” feels just like any random episode from the more than one hundred in the series library. There are exciting fight scenes and carefully crafted dialogue — with the exception of some of the writing for Wrecker, one of the members of the Bad Batch. With only the introduction of new droids and Echo’s technological manipulation, this episode is nothing special in the scheme of “The Clone Wars.” I hope the conclusion to “The Bad Batch” story arc brings the thrill, excitement, and intrigue that has made this show so memorable.