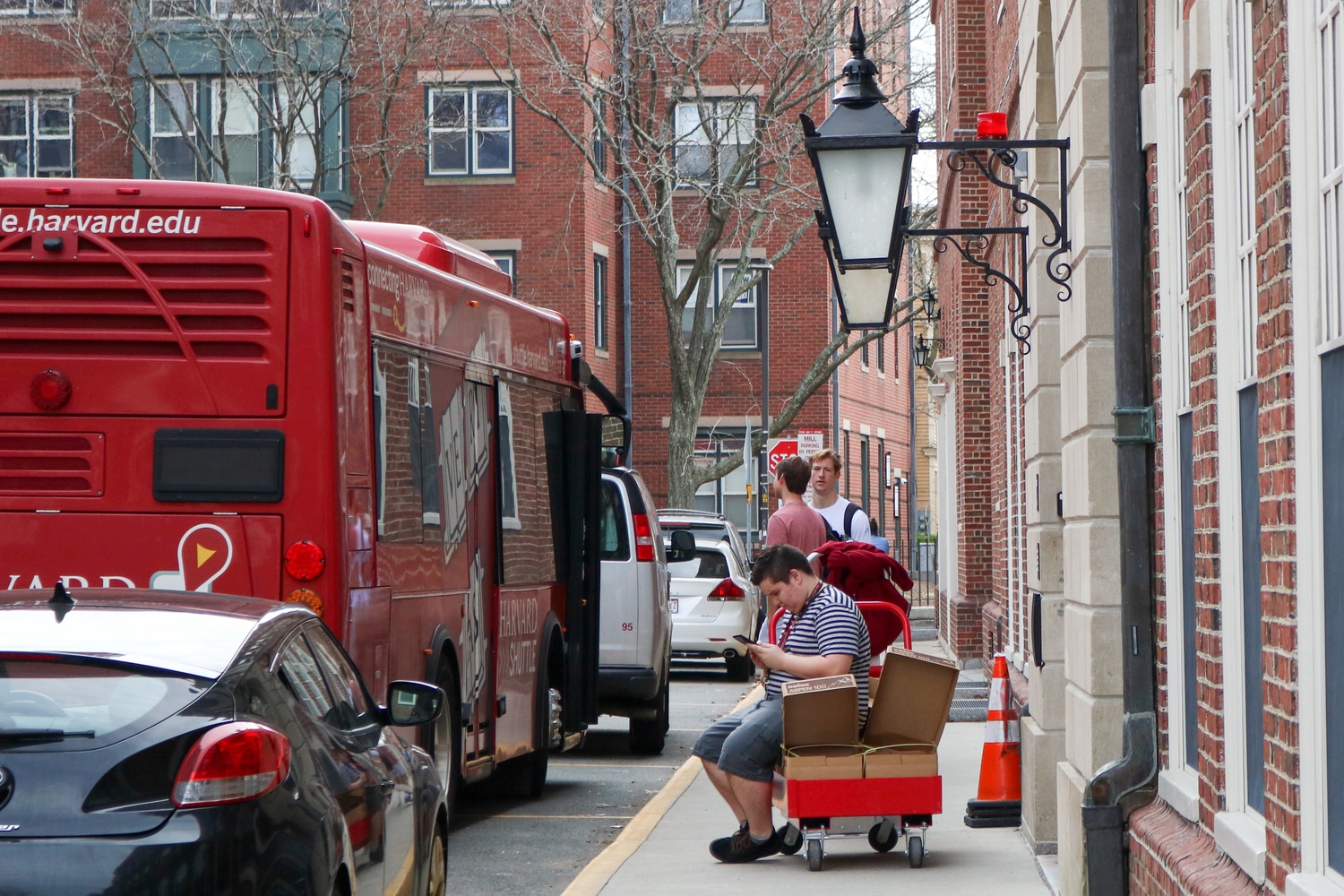 On Tuesday, though, he woke up earlier. His phone was ringing as he began receiving a flood of texts informing him Harvard College would require undergraduates to vacate campus by Sunday to prevent the spread of the coronavirus.

“To wake up in the morning and receive what can only be called an eviction notice is something that only invalidates what the school’s mission has stated since they’ve been inducted,” Barton said.

Dean of the College Rakesh Khurana wrote to Barton and more than 6,000 other undergraduates on Tuesday morning that campus would not reopen after spring break, which stretches from March 14 to 22.

Within hours, the email sent students scrambling to pack up all their belongings and make plans to vacate. But Barton and others say it hit one group of undergraduates particularly hard: first-generation and low-income students, many of whom depend upon Harvard for food, housing, and stability.

Some students must ship or store their on-campus belongings without financial support from Harvard. Others who planned to stay on campus must now book unexpected flights home and accrue additional costs. And those who rely on term-time employment must confront additional financial concerns as they lose their primary sources of income.

Nicholas T. “Nick” Wyville ’20 called the College’s announcement “outrageous,” adding that he believes it will weigh most heavily on him and his fellow FGLI students.

“Harvard prides itself on having a massive student body that is a large percentage on financial aid,” Wyville said. “I think that they forget that those are the same students who often come from home situations that are uncomfortable.”

The financial burdens of leaving campus this week will disproportionately affect first-generation, low-income students at Harvard who cannot foot these abrupt costs, according to Primus, a group for FGLI students at the College.

“While many students can handle unexpected costs, this sudden change in housing highlights the large disparity within our student population concerning students’ access to disposable wealth and the resources necessary to evacuate and move off-campus,” the group wrote in a statement emailed to its members.

First-generation students constitute 15 percent of Harvard’s undergraduate population; more than 20 percent of students are on full financial aid at the College, according to Primus’s statement.

James A. Bedford ’20 — who is on full financial aid — said he usually holds several jobs at Harvard simultaneously in order to support himself, working roughly 15 to 20 hours a week. His roles have included serving as a Peer Advising Fellow, a Learning Lab Fellow at the the Derek Bok Center for Teaching and Learning, and an instructor for SCRB 78: “Science Communication,” among others.

“I haven't even been able to think about the realities of the lost income and the money that I won't be able to make,” he said.

University President Lawrence S. Bacow announced in an email Tuesday morning that all Harvard courses will move to online instruction beginning March 23. However, Wyville — who hails from Anniston, Ala. — said online courses are not feasible for him and some of his peers from rural or low-income areas, where many homes do not have internet access.

“It's not as if we can just like up and go to the library or the coffee shop every day,” he said.

While Eric Olvera ’23 expected Harvard would transition to online classes as a result of the coronavirus, he said he was shocked when he learned he had just five days to leave Cambridge. Olvera had planned a series of flights between Hawaii, Boston, and his home in Idaho based on the regular academic calendar. He then planned to return to Boston for the summer.

“All of these flights total up to about $700. That's like half my net worth,” Olvera said.

Olvera said he was unsure whether he could get refunds from the airlines or receive financial assistance from Harvard to cover sunk costs.

Similarly, some students have been forced to make substantial efforts to afford last-minute flights home.

“I just paid an entire paycheck to get a plane ticket home on the shortest notice possible,” Barton said.

Faced with financial, logistical, and personal challenges Tuesday, students and University affiliates have attempted to cobble together makeshift solutions.

In wake of the announcement, many students offered their homes to peers who require housing via a Google spreadsheet that connects undergraduates seeking housing with those who can provide it. As of Tuesday night, over 80 students signed up on the spreadsheet, including information about the number of beds they have available.

Others have called on Harvard administrators to offer students greater support. Barton, Olvera, and several other students penned an open letter to the administration Tuesday on behalf of a new student group, Harvard Undergraduates for Decent and Urgent Accommodations.

“The nature of financial struggle is one of inaccess,” the letter reads. “Being asked to fully move out and ship our rooms away with no system of subsidies and on-campus, accessible storage makes this issue undeniable.”

“These are costs that Harvard cannot mediate, and in such, a timely notice with comprehensive subsidies was necessary,” the letter further stated.

Primus’s leaders wrote that they are focused on continuing to communicate with affected students and working with administrators and alumni to connect students with additional resources.

In its open letter, HUDUA demanded that Harvard open its petitioning process to remain on campus to economically disadvantaged students. They further asked that Harvard increase subsidies towards, as well as the availability of, urgent, on-campus storage facilities before the evacuation deadline. The College is currently not offering any on-campus storage to students.

The letter has more than 100 student signatories as of Tuesday evening, according to Barton.

College spokesperson Rachael Dane wrote in a statement that, per Khurana’s email to students, Harvard’s commitment to the health of its affiliates and its responsibilities to the “larger community” guided the decision.

“Public health experts have advised us that the best way to delay the virus transmission and to contain any breakout is to decrease the number of people on our campus, and as a result, the decision was made in a timely manner and communicated as soon as it could be,” Dane wrote.

In his email, Khurana wrote the College understands students will face challenges and that faculty and staff will implement plans to support students during the transition.

“I do not take lightly the apprehension and disappointment you will experience with this news,” he wrote. “As you deal with the uncertainty of these unexpected challenges, I hope you will be gentle and respectful with others and with yourselves so that we can meet these challenges in ways that will reflect the College at its best.”