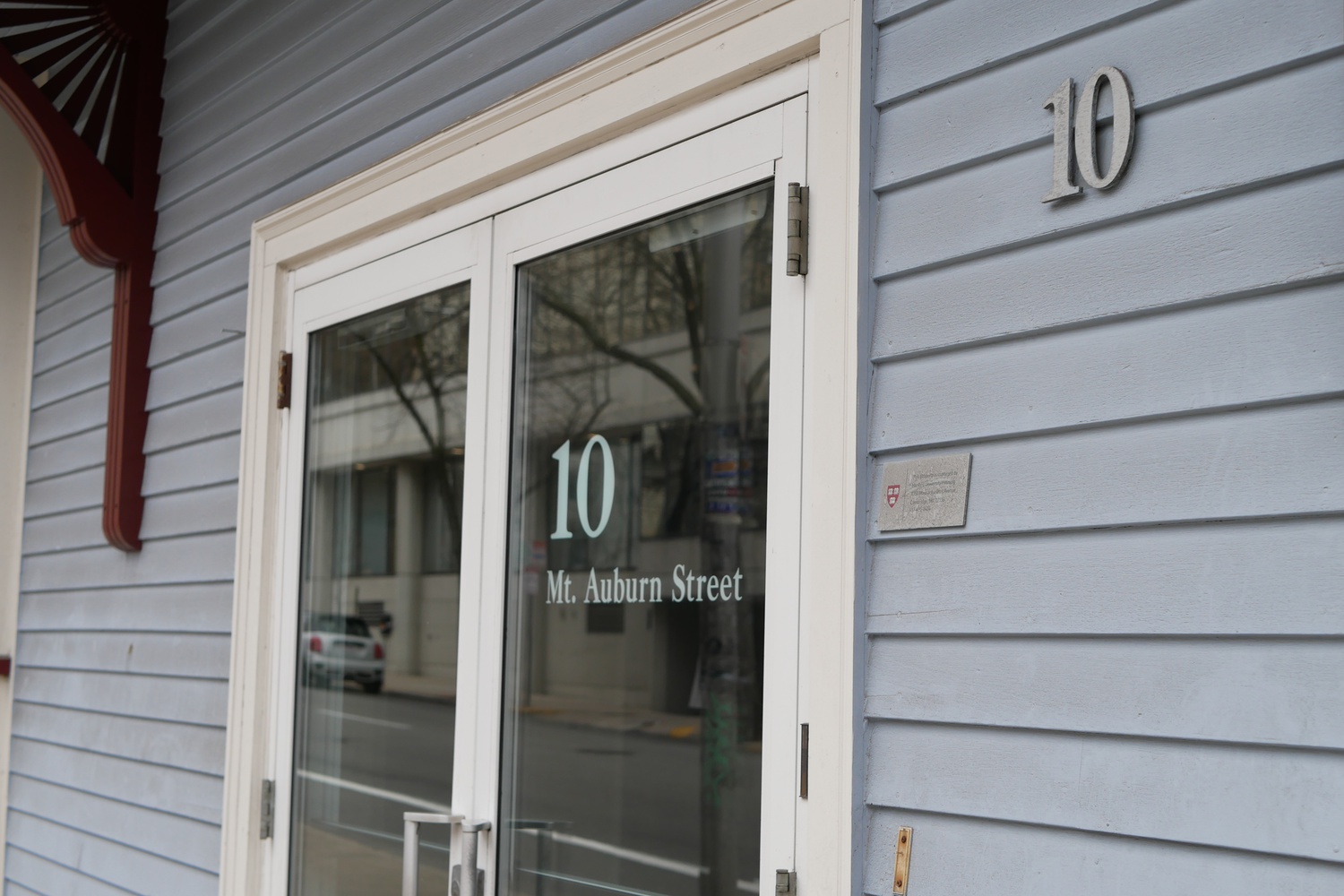 Four years after the Harvard Corporation approved a request by a Harvard Law School committee to remove the school’s official seal because of its ties to slavery, the seal remained quietly on the front doors of a University building as recently as this week.

The seal — adopted by the Law School in 1937 — features the crest of the slaveowning Royall family, whose donation funded Harvard’s first professorship of law in the 18th century. It depicts three sheaves of wheat over a blue background.

In 2015, a student movement called “Royall Must Fall” campaigned for the removal of the seal, arguing its origin endorses a slaveholding legacy. Following an incident of racially-charged vandalism that fall, then-Law School Dean Martha L. Minow created a committee to decide whether to retire the crest.

The committee released its recommendation in March 2016, calling for a change in the seal. It recognized the seal’s history offended many students of color, according to the committee’s report.

Later that month, the Corporation — Harvard’s highest governing body — approved the request for the seal’s removal.

The Law School quickly worked to remove the physical seal from around campus. Former Law School Dean for Administration Francis X. McCrossan informed students in a March 2016 email that the Facilities Office would remove or cover up the seal on all buildings.

However, the seal remained on the front door of 10 Mt. Auburn St. as of Thursday morning.

Law School alum and organizer for the “Royall Must Fall” campaign Mawuse “Oliver” Barker-Vormawor wrote in an emailed statement Thursday that he finds the presence of the seal on campus four years after the promise of its removal disappointing.

“It can translate for some as symptomatic of the reluctance of university authorities to do the right thing of their own initiative unless pressed to do so by students,” he wrote.

When asked for comment, Law School spokesperson Jeff Neal responded that the school had not been aware of the seal’s continued existence on University property.

“When we became aware for the first time today that an image of the retired shield still existed on a University-owned building on the opposite side of Harvard’s campus, we asked the University to remove it immediately,” he wrote in an emailed statement Thursday.

The Crimson previously reported on the seal’s existence back in 2018 — two years after the Law School’s decision to remove the seal.

Neal also wrote that the Law School formed a working group of students and faculty this winter to select a new seal.

Vormawor noted the campaign’s goal of atoning for the Royall legacy went beyond the shield’s removal. He said the students wanted to see substantive changes in the school’s culture, as well as increased discussions on race and injustice both in and out of the classroom.

“It almost makes me wonder if the death threats we received just because we dared push the university to live by its values were worth it,” he wrote.