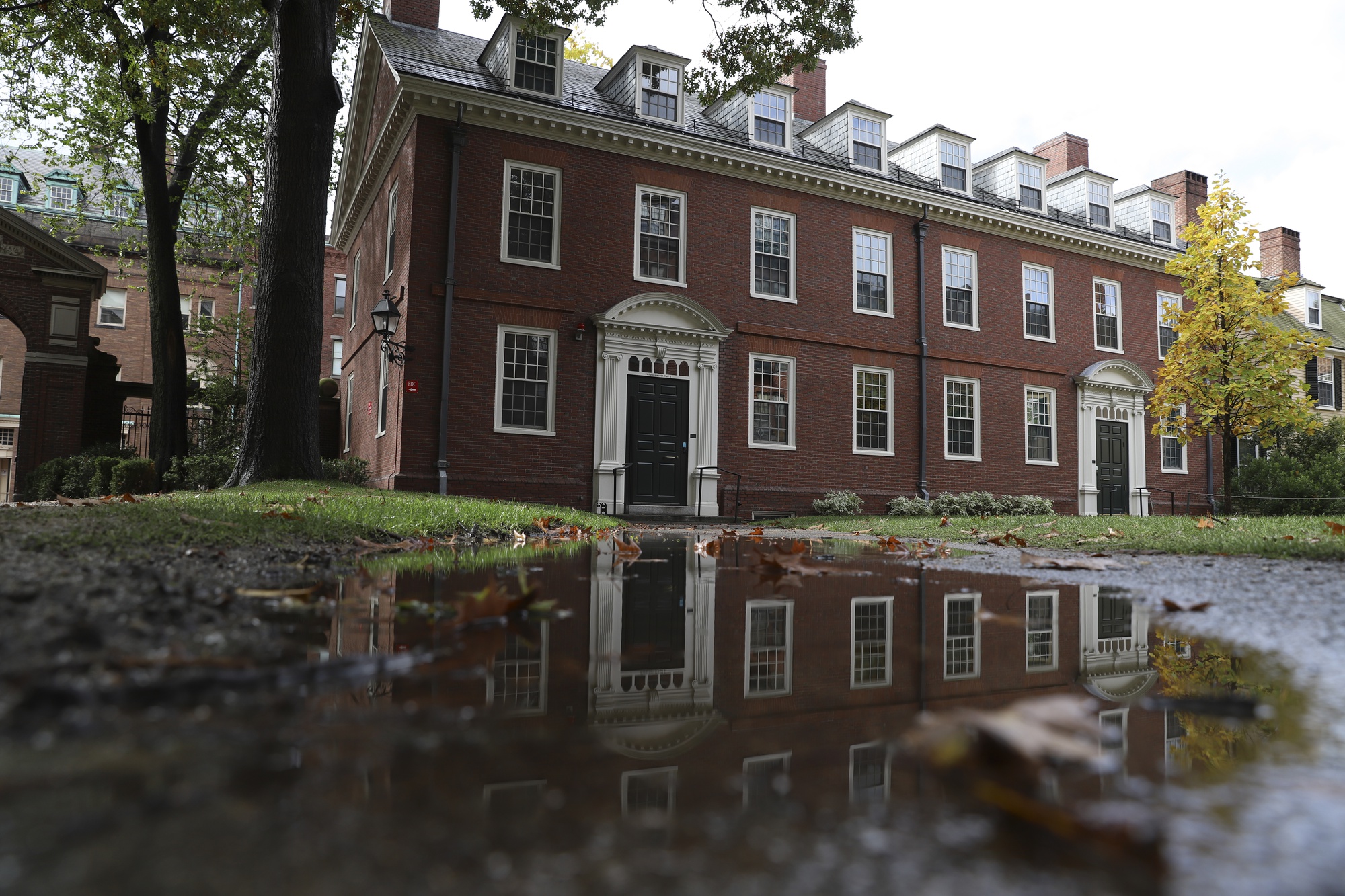 As the weather cools, the trees in Harvard Yard have begun to shed their leaves.
By Benjamin L. Fu, Crimson Staff Writer

A week ago, Harvard College’s houses, dining rooms, and lecture halls were filled with nearly 7,000 chattering students. By Monday evening, though, those spaces nearly emptied amid an unprecedented evacuation order by administrators in response to the global spread of the novel coronavirus.

Just last Tuesday, many students woke up to a pair of emails from University President Lawrence S. Bacow and Dean of the College Rakesh Khurana informing them that classes would move online for the remainder of the semester and that undergraduates had five short days to vacate their dorms. House administrators wrote in a series of subsequent messages that exemptions to stay in Cambridge would be few and far between.

As most College students transitioned out of their dorms before Harvard’s 5 p.m. Sunday deadline, around 100 joined an undergraduate-created group message for the rare students who College authorities approved to stay until May 17.

One of those students, Currier resident Mike T. Shirek ’20, said the practical changes to life on campus brought with them a sense of loneliness.

“I think those of us remaining are still trying to maintain a sense of community for each other. But that is not to say that it doesn't feel changed,” Shirek said. “I think a lot of us still are kind of facing a level of loneliness. I think the thing that really struck me with Currier is our dining hall is this community center.”

“Someone was talking at lunch today about how you just walk by and now it’s just empty. There's a sadness in that, I think,” he added.

Students like Shirek have received a series of updates about the shape of College life for the next several months.

Remaining students will move to new rooms on Wednesday, according to emails sent to them by the College’s Housing and Residential Life Committee. Among the houses remaining open are Adams, Kirkland, Eliot, and Quincy.

The committee’s email also laid out a series of new “residential life policies” aimed at combating the spread of the coronavirus.

In accordance with state and University recommendations, each student will have their own bedroom and bathroom. They may not host parties, overnight guests, or meetings of more than five people. Even if they are over 21 years old, they may not use drugs or drink alcohol.

“This is an extremely important rule,” the committee wrote about the drug and alcohol policy. “We need students to be especially vigilant to prevent situations where they need medical help from the overuse of alcohol and drugs. We cannot contribute to what, in the coming weeks, is very likely to be an overburdened healthcare system.”

Students who remain on campus will also adjust to a meal system different from the bustling dining halls Harvard normally operates. Harvard University Dining Services will provide each student three takeaway meals and a snack from their assigned dining location daily, in accordance with new Massachusetts rules against on-site food and beverage consumption.

University libraries, including Widener, Lamont, and Cabot Science Library, will remain closed to students indefinitely as they begin online classes. Recreation facilities, including the Malkin Athletic Center, Hemenway Gym, and Murr Center, have also closed for the semester.

Guillaume A.P. Bouchard ’23 said he was grateful for the accommodations announced Monday.

“On the whole, I've been really pleasantly surprised by their response, and by just how alert and aware of our concerns the administration is,” he said. “They’re very conscious of our concerns and are trying their very best to accommodate us.”

Shirek also said he expected to discover some less grim aspects to life on campus.

“I am confident that those of us remaining are going to provide at least a safe form of community for each other and honestly kind of looking forward to maybe making some last friends,” he said.