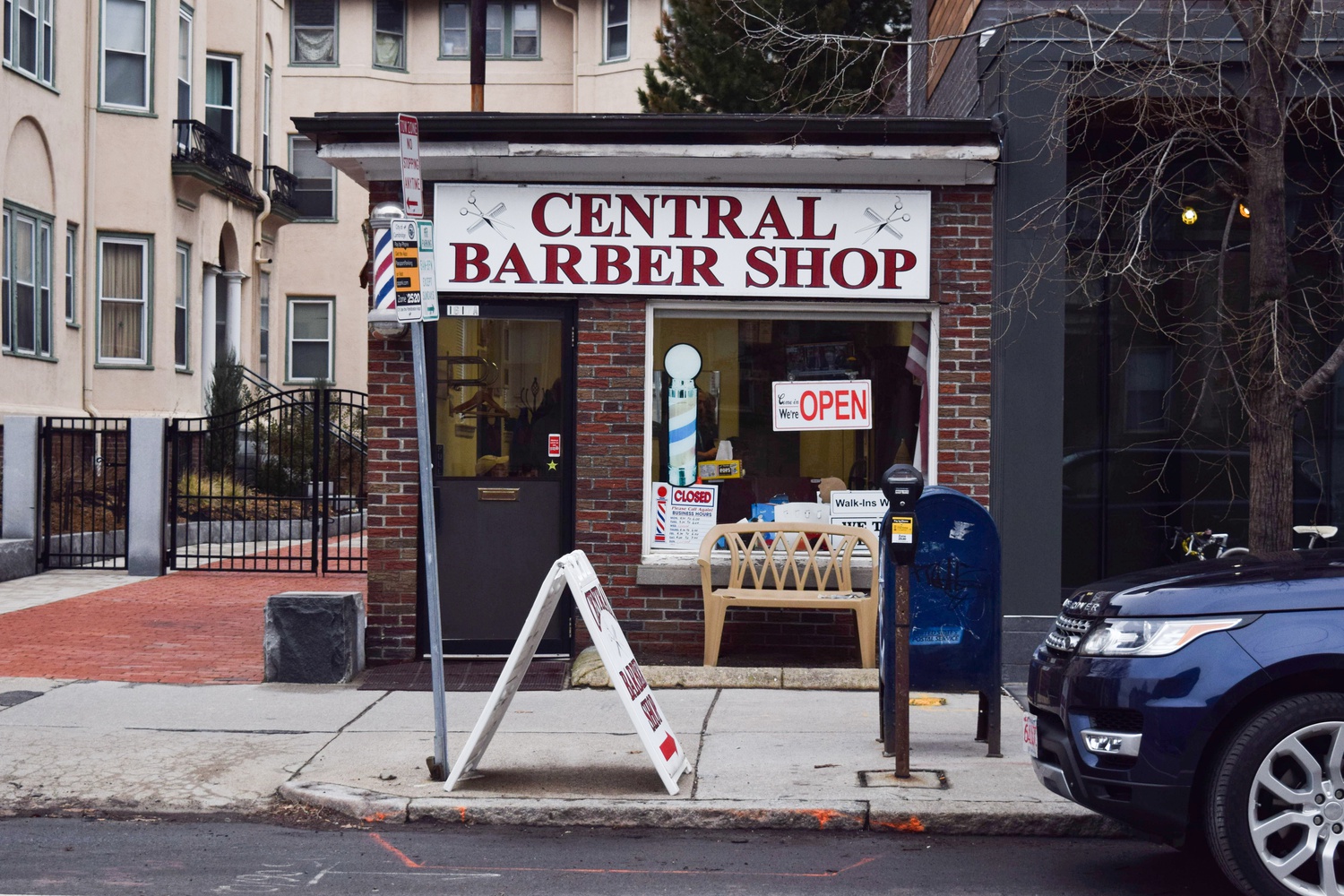 Central Barber Shop is located on Mass Ave. and is often frequented by Harvard Law School students due to its proximity to the Law School. By Amanda Y. Su
By Taylor C. Peterman, Crimson Staff Writer

As restaurants, grocery stores, and other essential establishments continue to operate around Harvard Square, salons and other non-essential businesses have shuttered — provoking deep uncertainty for store owners who face the possibility of months without revenue.

Richard J. Fogarty, owner of Plan B Salon in the Square, said he and his salon face the “great unknown” as they wait to reopen.

“Hopefully it won't be too prolonged. I don't know any small business that could survive a sustained closure,” Fogarty said. “We can handle a good eight weeks without any revenue coming in, but beyond that, we might have to count on some lines of credit.”

Teo D. Sorce, owner of Le Petit Salon, said that, like Plan B, her business will face a struggle to remain financially afloat.

Sorce said the pandemic has put her salon in a “bad, bad situation” financially.

“My business moved to Harvard Square a little bit over a year ago, and we just did the renovation,” she said. “We’re in a difficult position.”

On Monday, Baker issued an emergency order requiring all non-essential businesses and organizations to close their facilities to workers and the public effective March 24 and lasting until at least April 7. But even before that order, Cambridge had issued its own temporary emergency order on Friday closing all hair and nail salons, spas, and fitness clubs.

“Cambridge was ahead of the game here by a couple of days in terms of the closure of these businesses,” Jeremy Warnick, communications director for the Cambridge Police Department, said in an interview.

“We recognize how much of a hit that is for a lot of businesses,” he said. “That's why Cambridge has been really creative in terms of some of its responses around to do everything they can to support businesses.”

Even before the state and city orders forced their closures, Harvard Square businesses have grappled with how to respond to the health and safety concerns brought on by the coronavirus outbreak. Some had opted to remain open, albeit with limited crowds, while others had shut their doors out of an abundance of caution.

“Once Harvard decided to close, you knew the writing was on the wall of what may or may not come,” Fogarty said. “There wasn't going to be any business to be had, whether or not we were told to shut down.”

“Now it's just a matter of waiting this out,” he added.

But Fogarty is already looking towards the day when he once again can see a steady stream of clients coming through the door, saying he is preparing a social media “blitz” when life returns to normal.

“We're gonna do all we can at this point to ensure a jumpstart in business once we reopen,” he said.