‘A Distant Echo’: The Canon, Revised? 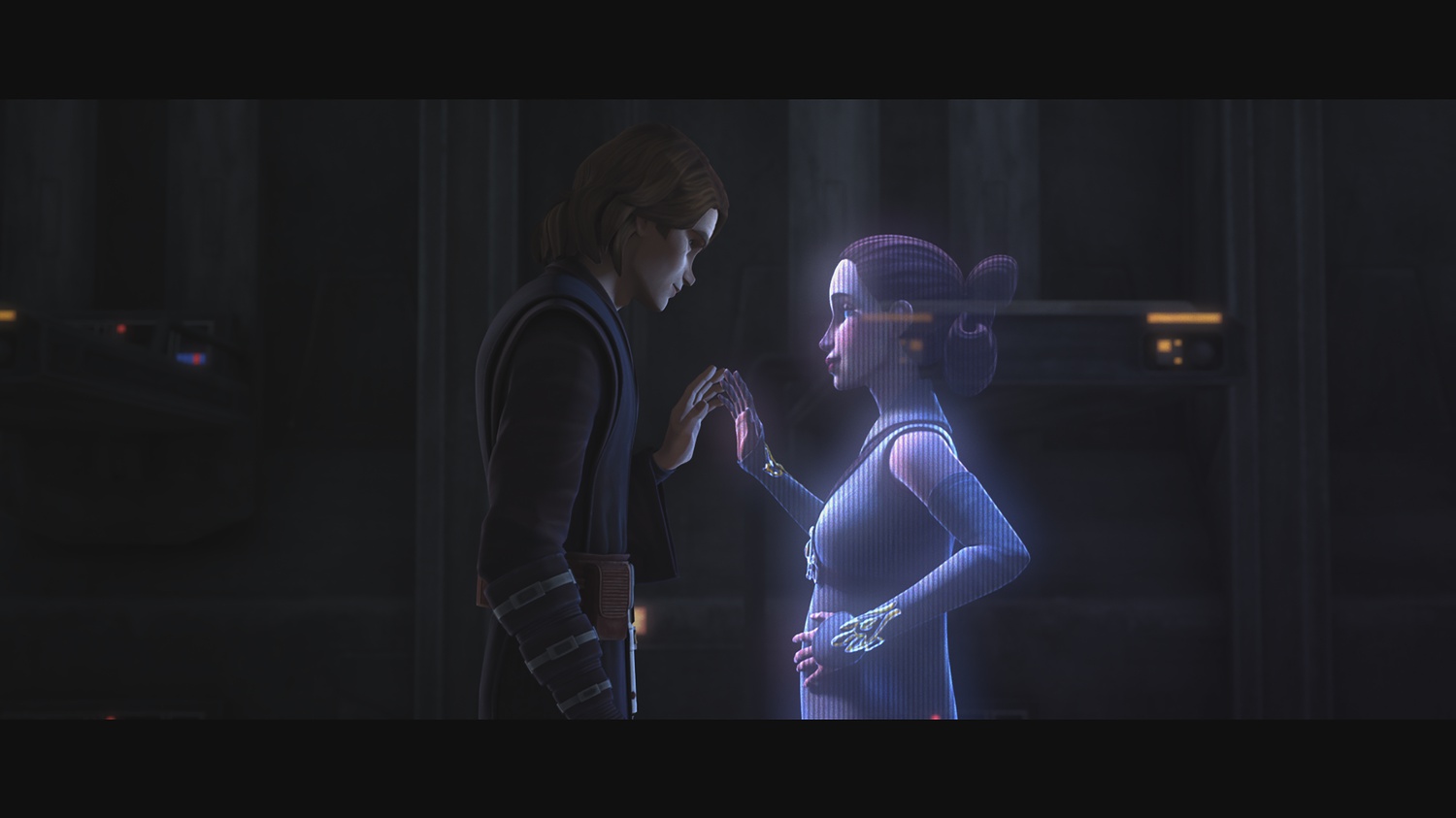 Following a thrilling premiere, episode two of the final season of “Star Wars: The Clone Wars” continues the story of Clone Force 99 and Captain Rex (all voiced by Dee Bradley Baker) with the addition of Jedi Knight and Republic General Anakin Skywalker (Matt Lanter). “A Distant Echo” delves into the intertwined lives of Anakin Skywalker and Padmé Amidala (Catherine Taber), continuing to show off more of the “Star Wars” galaxy, and further establishing the dangers of the Galactic Clone War. Despite presenting two significant continuity issues within the context of the “Star Wars” franchise, the second episode of Season Seven is incredible content nonetheless.

In the beginning of “A Distant Echo,” Skywalker walks out of the barracks after a touching conversation with Amidala, encountering Obi Wan Kenobi (James Arnold Taylor) along the way. “I hope you at least told Padmé I said hello,” Kenobi casually comments, as “Across the Stars” — Anakin and Padmé’s love theme from “Attack of the Clones” — gently plays in the background. The Jedi Code states "there is no emotion, there is peace," a warning against worldly attachment and strong emotional connections. A seemingly inconsequential comment from a close friend, then, becomes much more significant because of the implication that Kenobi is allowing this kind of attachment within the Jedi Order. By doing this, “A Distant Echo” seemingly rewrites canon, hinting at Kenobi’s role in Skywalker’s impending fall to the dark side as Darth Vader during “Revenge of the Sith.” This is one of many examples of “Star Wars: The Clone Wars” bolstering the stories from the prequels through careful and witty writing — something the prequels themselves often failed to do.

As the episode progresses, the Clones and Skywalker visit the never-before-seen world of Skako Minor. With few prior canon references, the world was largely open to interpretation. Directors Steward Lee and Dave Filoni depict savage dust storms, an aggressive climate, and a unique cultural dichotomy. The pacifistic Poletec people wrangle with the war continually altering their way of life while the militaristic Skakoans, led by recurring villains Wat Tambor and the Techno Union, are war mongers. The "Star Wars" universe has a seemingly limitless capacity for world-building, and Lee and Filoni’s portrayal of Skako makes full use of it.

However, not everything in this episode of “The Clone Wars” adheres perfectly to established “Star Wars” canon. In Skywalker and Amidala’s conversation, the Outer Rim Sieges are stated as a reason for Skywalker’s constant absence. Seemingly, this wouldn’t be an issue as the Outer Rim is a massive swath of space and is the location of much of “The Clone Wars,” but the issue arises knowing Anaxes is a part of the Deep Core — not the Outer Rim. According to canon, the planet was central to Coruscant’s protection and the formation of the Galactic Republic. However, because of Skywalker’s comment, it seems as if the entire history of the planet is up to speculation. Disney’s acquisition of Lucasfilm, it seems, wasn’t as smooth as it was made out to be.

Another issue arises when we learn that the ARC Trooper Echo somehow managed to survive a terrible explosion and was taken captive by the CIS and the Techno Union to be used as an intelligence during the heat of the war. Unlike the more traditional carbonite freezing — which preserves life for extended periods of time — that is seen in “The Empire Strikes Back,” Echo is kept alive through unknown advanced cybernetics and mind controlled by Wat Tambor. Although it’s not unusual for the “Star Wars” universe to introduce new technology, the issue lies in the convenience of such a tool. Surely this ability — were it to exist — would have been used across the galaxy, yet it appears nowhere else in the “Star Wars” canon. This casual plot point draws into question the integrity and legitimacy of the new writers of “The Clone Wars.” A shame, considering how captivating the season has been so far.