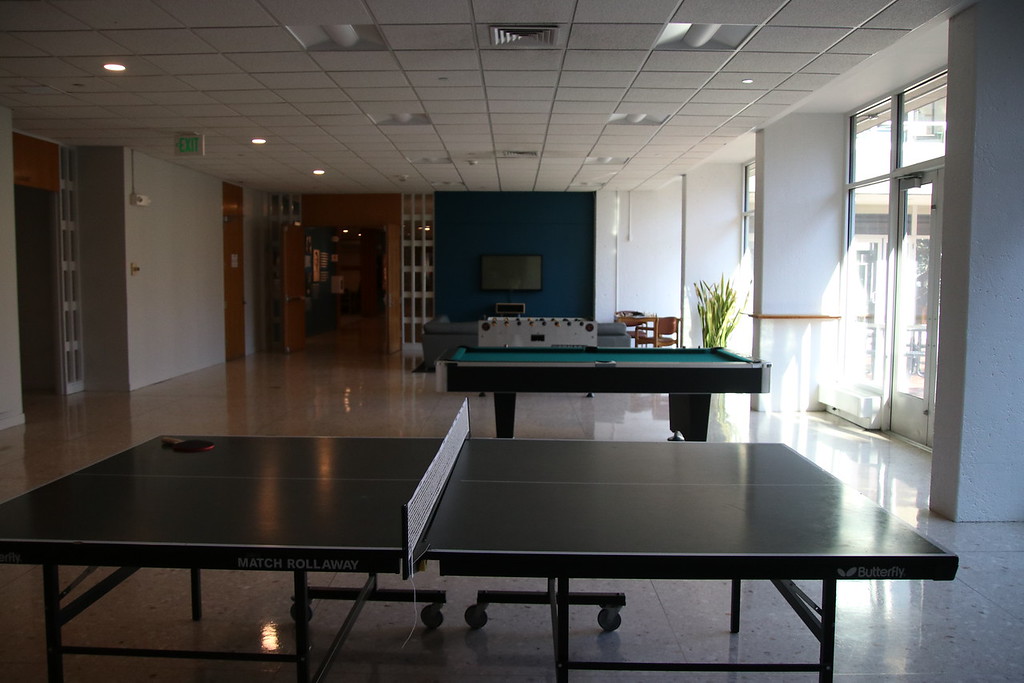 Of the more than 6,000 students that typically reside on Harvard's campus, only a few hundred remain. Social spaces are locked, the chairs in the dining halls are gone, and hallways –– normally resonant with the sounds of life from within dorm rooms –– are silent. By Allison G. Lee
Advertisement
Advertisement

The Ones Who Stayed

Of the more than 6,000 students that typically reside on Harvard’s campus, only a few hundred remain. Social spaces are locked, the chairs in the dining halls are gone, and hallways — normally resonant with the sounds of life from within dorm rooms — are silent.
By Anna Kate E. Cannon

When the email arrived that quickly upended the lives of so many Harvard students, Nancy Hu ’22 kept her composure: Though nearly all of her peers would have to leave campus, Hu knew that she would be able to stay.

“I knew for a fact that...I'll be able to have housing because I have a Chinese passport,” she says. Visa requirements and CDC-imposed travel restrictions meant that it would be difficult for her to return home; she filled out the housing exception form and now calls an empty suite in Quincy House home until May.

Of the more than 6,000 students that typically reside on Harvard’s campus, only a few hundred remain. Social spaces are locked, the chairs in the dining halls are gone, and hallways –– normally resonant with the sounds of life from within dorm rooms –– are silent.

Most undergraduates still living on campus are international students unable to go home, either because of visa requirements, health concerns, or COVID-19-related travel restrictions. While Hu felt sure about her ability to stay on campus, other students, like Nadine S. Bahour ’22, did not. Bahour is from Ramallah, Palestine, and in the week before Harvard announced the campus shutdown, the Palestinian Authority declared a state of emergency. Later, Jordan closed the King Hussein Bridge, the only entry and exit point Palestinians from the West Bank may legally use for travel abroad.

This effectively barred Bahour from returning home. “I wasn't sure if Harvard knew that,” she says, “so I basically just petitioned and crossed my fingers.”

On the day the University announced the closure of campus, Bahour’s resident dean reassured her that she had a good case for an exception. One of Bahour’s friends from her hometown in Palestine, however, had a different conversation with her own resident dean –– one in which he told her that she should make other plans.

“I was like, ‘Oh, they have a very different view from what I got,’ so it’s a little bit like everyone’s saying something different and I wasn’t entirely sure who was right –– my resident dean or hers,” she says. In the end, both of them were granted housing.

Had Daniel J. Forrest ’23 returned home to Australia, he would have had to take classes from two to seven a.m. due to the 14-hour time difference with Boston. He also has respiratory health issues and had just finished a round of antibiotics when he heard the news that he might have to fly home.

“I thought they couldn’t really have asked me to travel back, at least until my immune system had recovered,” he says. “So I thought I’d at least get some sort of allowance to stay, but in the end I was granted a full semester.”

The students who remained on campus had until March 18 to move to their assigned rooms, all located in Kirkland, Eliot, Quincy, and Adams. In keeping with proper quarantine procedure, each student has an entire suite to themselves with an in-suite bathroom. Students do not have swipe access to other houses or even most facilities within their newly-assigned residences, like house gyms and basements; they can only access their entryways and assigned dining hall.

“Everything is closed. There are no social spaces, because they locked all those,” Tout Tun Lin ’20 says. Lin is from Myanmar and would not have been able to return to the U.S. if he flew back home.

“We’re not hugging anymore; [we’re] doing the elbow bump thing,” he says of his interactions with other students. “I imagine most people aren’t completely isolating themselves, but there is a degree of a personal boundary that doesn’t get broken anymore,” he continues. “People walk around with distance. When they’re standing, there’s distance. There’s a lot of distance.”

The dining halls have proven to be another challenge. Instead of serving lines, all food is individually bagged by dining hall staff and served cold. The College issued every student a fridge and microwave so that they can store and reheat their food when they get back to their rooms, where they’re encouraged to eat their meals. Though most Harvard Square businesses are closed, several restaurants remain open: El Jefe’s continues to serve burritos to go until 4 a.m. — at least for the time being.

Even with the switch to a grab-and-go serving style, some students are still meeting for mealtimes.

“Last week, there were students who got bagged food and got together to get a meal, but outside, and we have sitting places set out,” Hu says. “But not a lot of people are gathering. There aren’t a lot of people walking around campus either. People just stay in their suites most of the time.”

Houses have begun to observe new rules and institute stringent curfews. Harvard has announced to students that they aren’t allowed to have overnight guests or keep alcohol in their rooms, even if they’re over 21. Measures haven’t been strictly enforced, however. A few GroupMe chats have sprung up, and people have gotten creative with ways to have fun. Bahour has met friends for walks along the river; Hu and her friends hosted a karaoke night in her room.

“It’s been surprisingly, I would say, normal. It’s surprisingly easy to get into the routine of the space,” Bahour says.

But in general, the houses are quiet. “I think you realize that Harvard is made by its people,” Bahour says. “And it doesn’t matter if you’re in Cambridge or in a House or surrounded by Harvard. If people aren’t around, it literally means nothing. And I think that was something I thought about for a few days. It’s like, wow, we say we’re so attached to this place, but in reality we’re only attached to the people.”