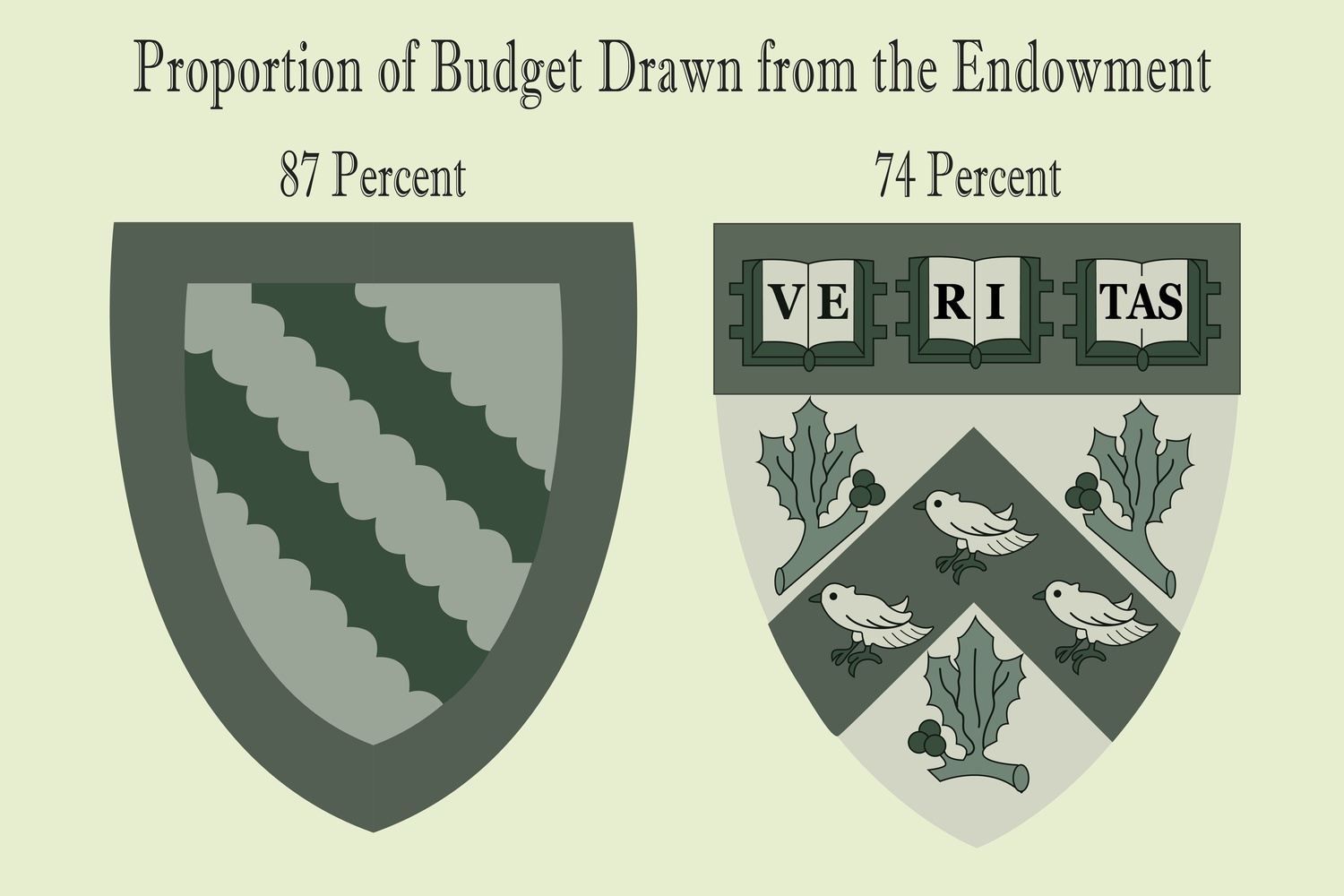 Losses to the University’s endowment due to the coronavirus pandemic may have a disproportionate impact on the Harvard schools which draw the highest proportions of their budget from the endowment: the Radcliffe Institute for Advanced Study and the Harvard Divinity School.

Though the endowment was last valued at $40.9 billion in June 2019, top administrators wrote in an email to affiliates last week that it is “not as large as it was previously.”

In fiscal year 2019, the Radcliffe Institute drew the highest proportion of its budget from the endowment of all Harvard's schools at 87 percent.

In an email to staff on Friday, Radcliffe Institute Dean Tomiko Brown-Nagin recognized the Institute’s “unique” financial realities with regard to the endowment.

“We are uniquely dependent on the endowment and must plan for the likelihood of flat or reduced endowment income over the next several years,” she wrote.

Other sources of funds for the Institute may also see reduced revenues, per Brown-Nagin. The Radcliffe Institute owns and operates an apartment building at 83 Brattle Street which rents to fellows, faculty, visiting scholars, and staff across the University. Monthly rent for the 31 apartments ranges from $2,121 to $3,473 per month.

“We are also confronted with high vacancy in 83 Brattle and the loss of external rental income, and we anticipate reduced philanthropic support,” she wrote.

Gifts for current use comprise 11 percent of the Institute’s budget. Experts have predicted a decline in donations as the economy reels from the impact of coronavirus.

Brown-Nagin wrote that she felt “heartened” by spending reductions in the short term, though she referenced the potential for “painful” choices in the future.

“In the near term, I am heartened to note that our collective efforts to reduce spending and shift to remote delivery of mission-critical activities is helping to offset these losses of revenue,” Brown-Nagin wrote.

Jane F. Huber, a spokesperson for the Institute, wrote in an emailed statement that it is “not in a position at this time” to talk about the specific financial impact of the pandemic.

“We do not want to get ahead of the careful assessments being undertaken at the university level and by our own Finance team,” Huber wrote.

Harvard Divinity School drew the second-largest proportion of its budget from the endowment last fiscal year, at 74 percent.

Divinity School Dean David N. Hempton wrote in an email to affiliates last Monday that the school may face challenges due to its dependence on the endowment.

“HDS is not insulated and inevitably difficult choices lie ahead,” Hempton wrote. “We rely on the endowment for over 60 percent of our revenue, and in the current economic environment its returns and usage will be constrained.”

Michael P. Naughton, a spokesperson for the Divinity School, declined to comment further on the school's finances.

After the Great Recession in 2008, the total value of the endowment declined almost 30 percent — equal to $11 billion of the then-$37 billion endowment. As a result, the Radcliffe Institute reduced its expenditures by lowering the number of fellows, limiting acquisitions of the Schlesinger Library, and postponing renovations of an administrative building. The Divinity School, meanwhile, cut its budget by postponing new initiatives, taking a hiatus on some programs, and reducing appointments for visiting and adjunct professors.

Hempton told affiliates in his email that the school is in a “stronger position now” than it was at the time of the last financial crisis.

“Harvard Divinity School has managed its finances with exceptional prudence for more than a decade,” Hempton wrote.