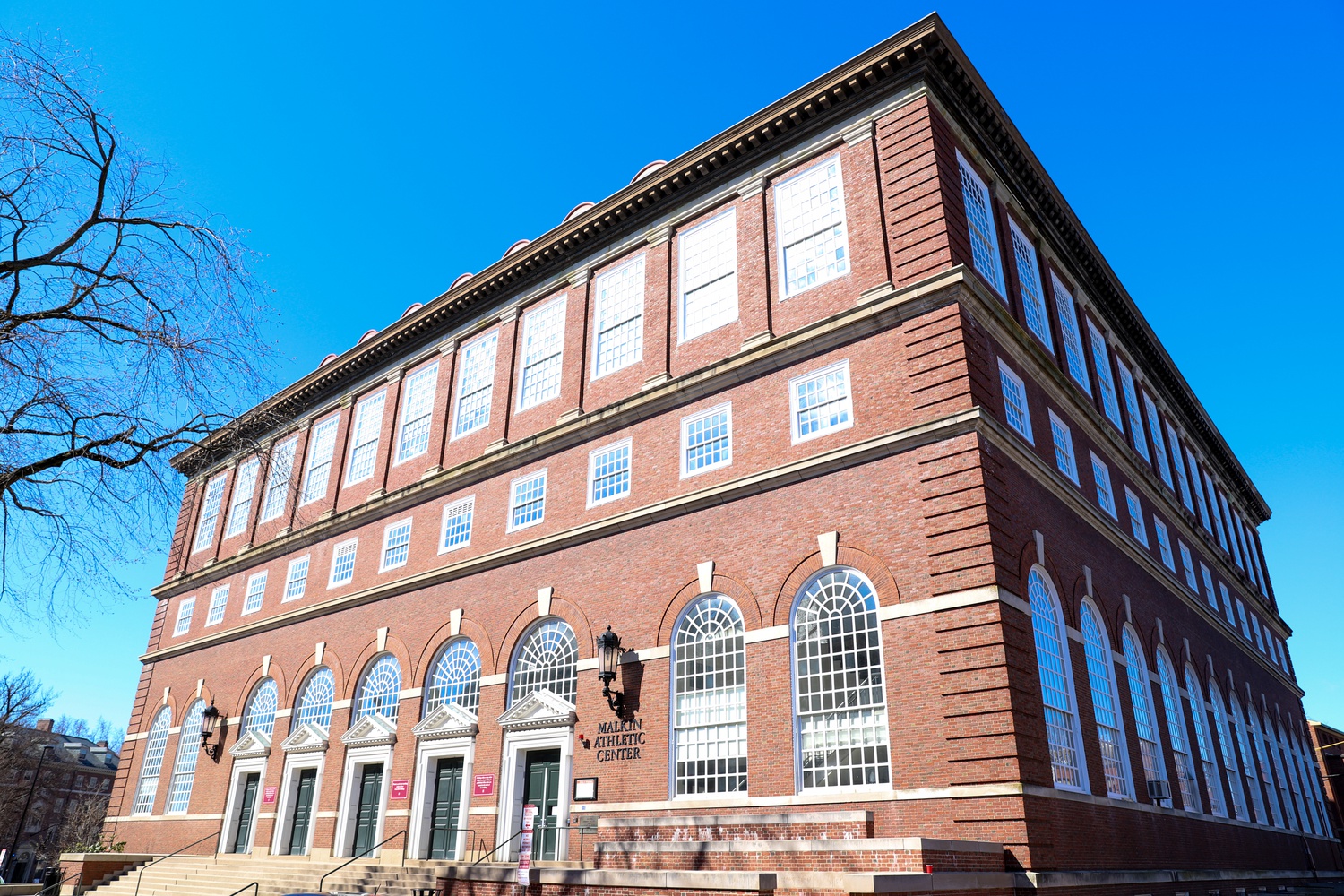 Since the global pandemic halted athletics, Harvard’s student-athletes say they are trying to maintain unity and fitness away from Cambridge. By Ryan N. Gajarawala
By Ema R. Schumer, Crimson Staff Writer

Late Sunday night, Harvard men’s lacrosse coach Gerry M. Byrne emailed his players a link to the song “Down to the River To Pray.”

“I heard this tonight on my shuffle and for some reason it made me think of you all and this time we are living in,” he wrote, referring to the folk song by Alison Krauss. “Play this before turning in tonight.”

After the coronavirus curtailed Byrne’s first season coaching at Harvard and forced him and his players to quarantine in their respective homes, he said he has been trying to find new ways — like emailing his players — to feel connected.

Since the global pandemic halted athletics and forced Harvard students to vacate campus, Harvard’s student-athletes and their coaches say they are trying to maintain unity and fitness away from Cambridge as they live through quarantine, making use of Zoom, message groups, and at-home workout routines.

“I'm doing Zoom meetings and phone calls and technical development,” Byrne said. “But also doing things that bind us together, whether it's an article or a documentary or a song or something that connects us.”

The Athletics Department has also continued to provide resources to athletes remotely, including physician, athletic training, nutrition, and mental health services, according to Brant D. Berkstresser, the associate director of athletics for student-athlete health and performance.

For student-athletes and coaches, such resources serve as a substitute for lost daily structures, support groups, and passions.

Women’s lacrosse player Shealyn M. Jenkins ’22 said she misses the structure and emotional support that came with devoting hours each day to her sport. Without lacrosse, she said, she is unsure how to spend her time.

“We just have a lot of energy and nowhere to put it,” she said. “The big problem is just finding out different ways to sort of fill that hole.”

Jenkins said she is devastated her team will not be able to play this season as a result of the coronavirus. She said she is even more disappointed by the missed opportunity to be with her teammates.

To compensate, Jenkins said team members are sharing memories with one another in their group chats.

“I think that’s the most helpful thing that’s really been keeping us all together is talking about like, ‘Oh my god remember last year when we did this’ or ‘Do you remember this season when we beat this team?’” she said. “We just are taking this time to sort of reflect and think about all the amazing memories that we were fortunate enough to experience.”

In addition to reflecting on previous memories, teams are also striving to create new ones as they complete the semester away from Cambridge.

Members of the women’s basketball team showed up to their first team meeting on Zoom last week sporting makeshift glasses they created from household items. One of the team’s captains, Rachel D. Levy ’21, said players and coaches joined the meeting wearing bagels, ankle braces, or sunflower vines taped around their eyes.

Levy — who is also a Crimson multimedia editor — said she and her teammates are finding creative ways to spend time with each other on Zoom. Next up on the team’s social calendar in quarantine, Levy said, is a talent show, followed by a cooking class.

“We all said we’d do a class, so if you speak a language or have a funny talent or something, you can host a Zoom class that everybody should log onto, just like an excuse to hang out with one another,” she said. “Because it’s such a weird time and we want to stay in contact and keep all those friendships we have.”

Levy said she and her teammates also continue to train. Every day at 6 p.m., Levy logs onto Zoom from the backyard of her home in Boca Raton, Fla., to work out with her teammates. To simulate weights, Levy said she uses Prego pasta sauce jars and a backpack filled with her middle school yearbooks.

Harvard football coach Tim L. Murphy said he and his coaching staff have shifted their operations to Zoom, where they are holding virtual training sessions to study film and review plays. Offline, Murphy said his players are doing prescribed body weight exercises, “some as simple as push ups and sit ups like the old, old old days.”

“It’s to try to keep them on track in terms of their goals as being Division I student athletes. But I've found that it’s very, for a lot of kids, it’s just a nice way to feel like there’s some stability to the program,” he said. “Keeping in touch I think is very soothing for the student-athletes and coaches.”