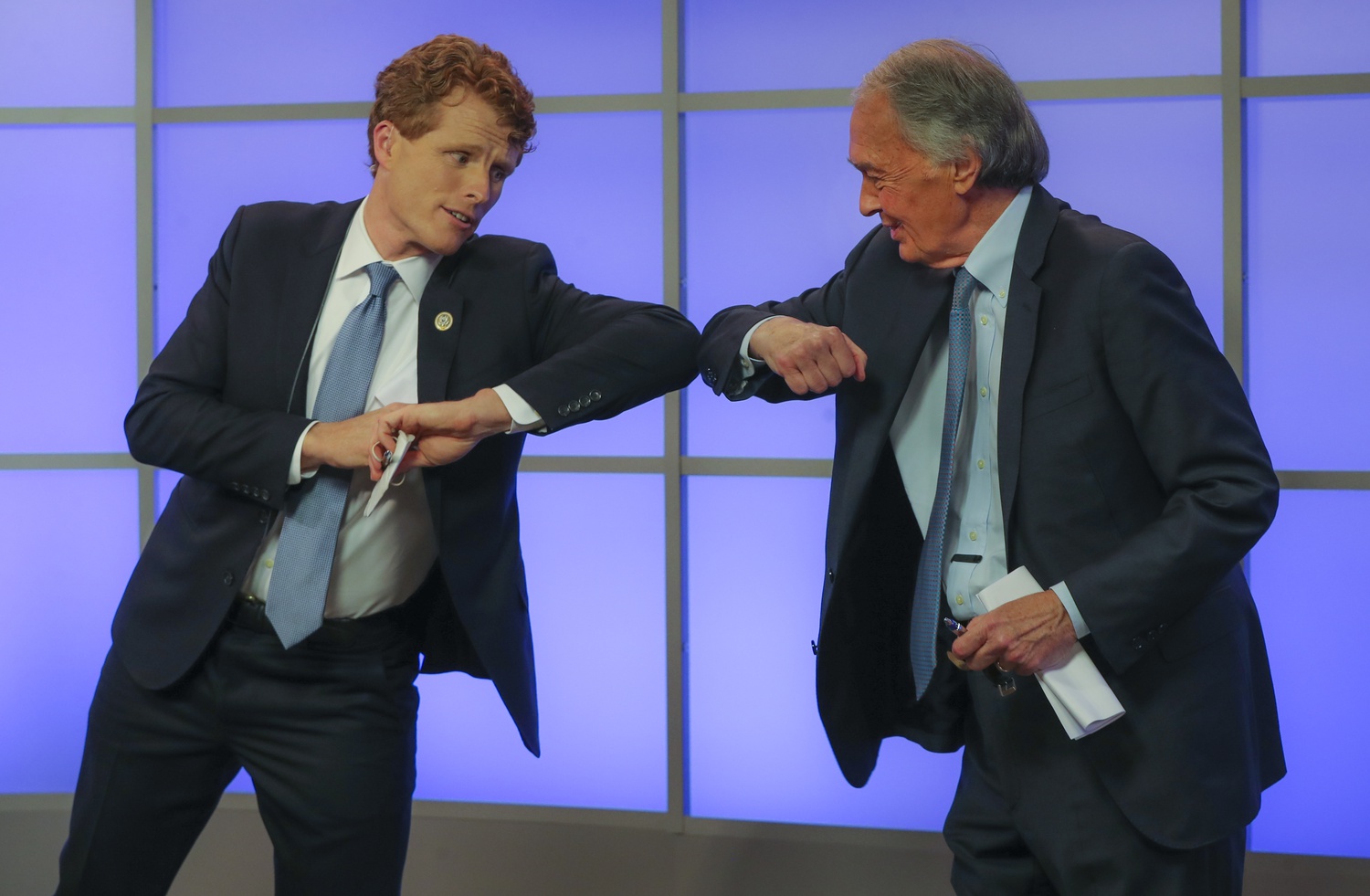 In their first debate in over three months, Kennedy called for new leadership, while Markey touted his record as a Washington veteran. But much like in their first debate, which took place before the coronavirus upended traditional campaigning, policy differences were few and far between Monday night.

Kennedy made the case that Massachusetts “can get an awful lot more” out of its representation in the Senate than Markey has delivered, though he declined to take the gloves off fully in the debate, which was hosted at Western Mass News’ studios in Springfield, Mass.

Markey, who has served in Washington since 1976, pointed to accomplishments on issues such as climate change, Alzheimer’s disease research, and net neutrality. Markey has served in the Senate since 2013.

“I have led and delivered for the people of Massachusetts since the beginning of my career and throughout this coronavirus pandemic,” he said.

A question from debate moderator Janet Wu put Markey on defense over his commitment to Western Massachusetts residents. Wu, a WCVB-TV political reporter, asked him to explain why “we don’t see you around Springfield that often.” Markey responded by pointing to a slate of endorsements he picked up from Western Massachusetts officials just prior to the debate.

“The reason they have endorsed me is that I come to Western Massachusetts,” he said. “I take care of the problems of the people of Massachusetts. I stand up and deliver for them.”

Kennedy pounced, saying that elected officials in the area told him they had rarely seen Markey in their part of the state. Markey — who owns a house in Chevy Chase, Md., in addition to his childhood home in Malden, Mass. — has long been dogged by criticisms that he spends too much of his time inside the Beltway.

“I don’t think this state can afford absent leadership in the moment that we are in,” Kennedy said.

“That is absolutely untrue,” Markey retorted, in the debate’s most heated exchange. “And if it was true, then all these mayors would not have endorsed me.”

Both candidates expressed solidarity for protestors in Boston and elsewhere following instances of anti-black police brutality that included the killing of George Floyd. Markey lambasted President Donald Trump, who, mere minutes before the debate began, called for increased law enforcement presence across the country and said he may deploy the U.S. military to city streets.

“People are furious, and they have every right to be,” Kennedy said in his opening remarks. “We want peace. But there will be no peace without justice. And the fact is that for, far too long, communities of color have been asked to share a burden of structures that they did not write.”

“It’s not just our buildings that are on fire, it is the very soul of our country which is on fire right now,” Markey said. “And that fire will not go out until we confront the systemic racism that is built into our society."

The two candidates differed on their evaluations of how Massachusetts Governor Charlie D. Baker ’79 has responded to the coronavirus crisis. Asked to give Baker’s response a letter grade, Markey punted, blaming Trump and saying only, “Charlie Baker is working very hard.”

Kennedy and Markey will square off again Monday in a televised debate hosted by WPRI-TV and Gannett.