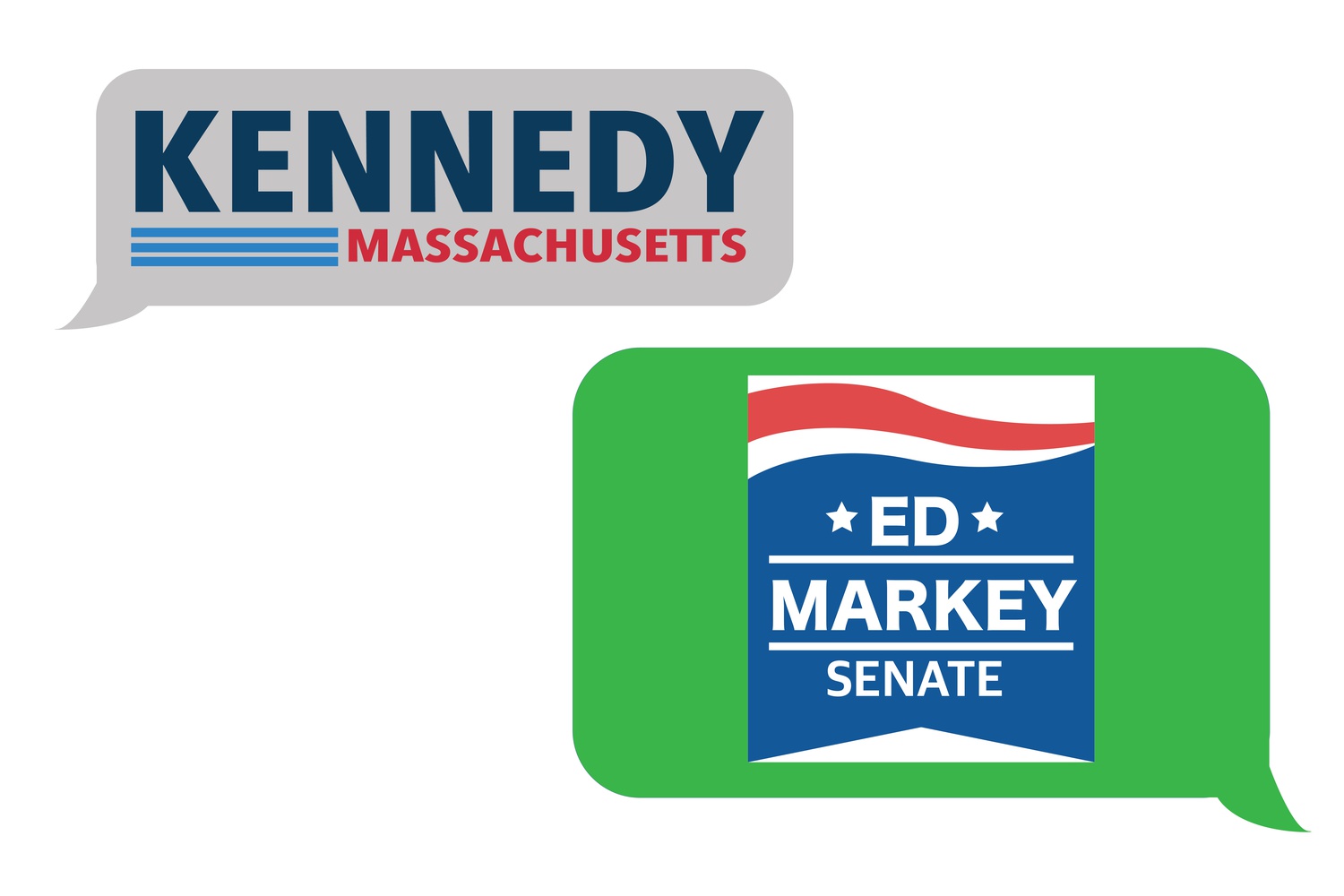 As the coronavirus has upended daily life in the United States, sending college students packing, shuttering businesses, and overwhelming medical facilities, politics has largely been put on pause as campaigns are no longer front of mind for voters.

Kennedy and Markey, who both describe their operations as grassroots-oriented, have shifted to holding live video town halls focusing on coronavirus issues with guests on social media.

Kennedy — who suspended all campaign activities on March 13 — has received glowing national media coverage for making a swift transition to digital platforms, where he has built a ubiquitous presence through near-daily Facebook live appearances.

“The Congressman made a promise to folks that he would show up every single day for every single person in Massachusetts across the Commonwealth, and he’s staying committed to doing just that,” said Brian Phillips Jr., Kennedy’s press secretary.

Kennedy has also stopped campaign fundraising over his email lists and has instead encouraged supporters to donate to charities doing coronavirus relief work.

Markey, who was out-fundraised by Kennedy in the fourth quarter of 2019, has continued to tactfully ask supporters for cash amid the crisis. Walsh, a veteran Massachusetts political advisor who chaired the state Democratic Party for six years, said he was not bothered by the optics of continuing to raise money, even while Kennedy does not.

“We chose not to suspend our operations, but to adapt them,” Walsh said. “We really believe that a vibrant democracy is a key part of the solution here.”

“One of the parts of running a grassroots campaign, even though it’s not face-to-face, is it does cost money,” he added. “So we’re being very conscious of how we ask and asking people to take their own situation into consideration. But we’re moving ahead with the campaign — that includes fundraising.”

Experts say current developments — including Markey’s decision to continue campaigning amid the crisis — are unlikely to have a major impact on the race as voters are consumed by coronavirus coverage.

“He’s going to have to find a way to raise those funds,” Stonehill College Political Science Professor Peter N. Ubertaccio said of Markey. “Joe Kennedy is in an enviable position to be able to give some of his money away to charities because he and his team know that he has really high name recognition and the ability to raise it easily if the situation were different.”

Ubertaccio added that candidates’ virtual town halls, which have been primarily focused on coronavirus information, are unlikely to expand their voter bases.

“There’s no way to reach the same number of voters via virtual events or digital events. When you have those kinds of events, you’re typically reaching folks who are already committed to you in one way or another,” he said. “There’s a reason that we do door-to-door canvassing and that there are rallies. Facetime with candidates is important. This just puts it all on pause.”

“It’s hard to know at this point how it really impacts the dynamics of the race,” he added.

Maurice T. “Mo” Cunningham, a political science professor at the University of Massachusetts Boston, said the crisis is likely to make the race more policy-focused.

“It calls out for innovative policy — bold policy proposals — in a Democratic primary,” he said. “I think that’s what’s going to carry the day.”

Markey received a boost earlier this week when the Massachusetts Democratic Party announced it was moving to cancel its annual convention and hand its endorsement to him after he built an insurmountable lead in local caucuses. Phillips said the Kennedy campaign did not contest the party’s decision.

Walsh said that Markey’s victory was a testament to the campaign’s grassroots organizing.

“I think there’s a strong case to be made that, at times like these, a senator with experience and with a dogged legislative style is important,” Walsh said.

While Markey and Kennedy have been forced to change tacks, they have both kept a high profile, appearing on various cable news shows in recent weeks. But for down-ballot races, the coronavirus presents an even bigger challenge.

In Kennedy’s home district, where a crowded field of candidates is running in a Democratic primary to replace him, some have put campaigning on hold.

“The term social distancing — which is obviously what we’ve been practicing — is maybe the perfect antonym to the term political campaign,” Sheinfeld said. “We have pivoted our campaign to focus on Jake’s position as a Newton city councilor, and have worked on providing resources, information, and support to both his Newton constituents and to constituents and voters throughout the district.”

Cunningham said it will be “very difficult” for down-ballot candidates to connect with local leaders and to fundraise amid the crisis.

“Many of them were depending on the next month to get known in the other parts of the district. Now they can’t get there,” he said. “That’s really going to be a drag on their campaigning.”

Sheinfeld said digital engagement with the campaign has been up in recent weeks, which she attributes to voters spending more time online.

“There’s no playbook for this situation,” she said.

Massachusetts student organizers have also been working to keep volunteers engaged as undergraduates are scattered around the country. Hayley Fleming, the president of the College Democrats of Massachusetts, said she has been setting up phone and text banking, as well as virtual town halls, so students can participate remotely.

“We’re still trying to navigate the best options here,” Fleming said. “I think that campaigns — when they find ways that people can get involved on their own time, according to their own crazy schedules right now — that’s most effective at the moment.”

Cunningham said he expects voters’ interest to increase as the summer moves along.

“The summer is always a difficult time, but I think this is really going to focus people’s attention on, you know, what can government do?” He said. “We’re going to be in this for a while and people are going to be very interested in policy proposals that get America back on track.”