‘Scenes from a Marriage’: Perfect Beginnings from Oscar Isaac and Jessica Chastain 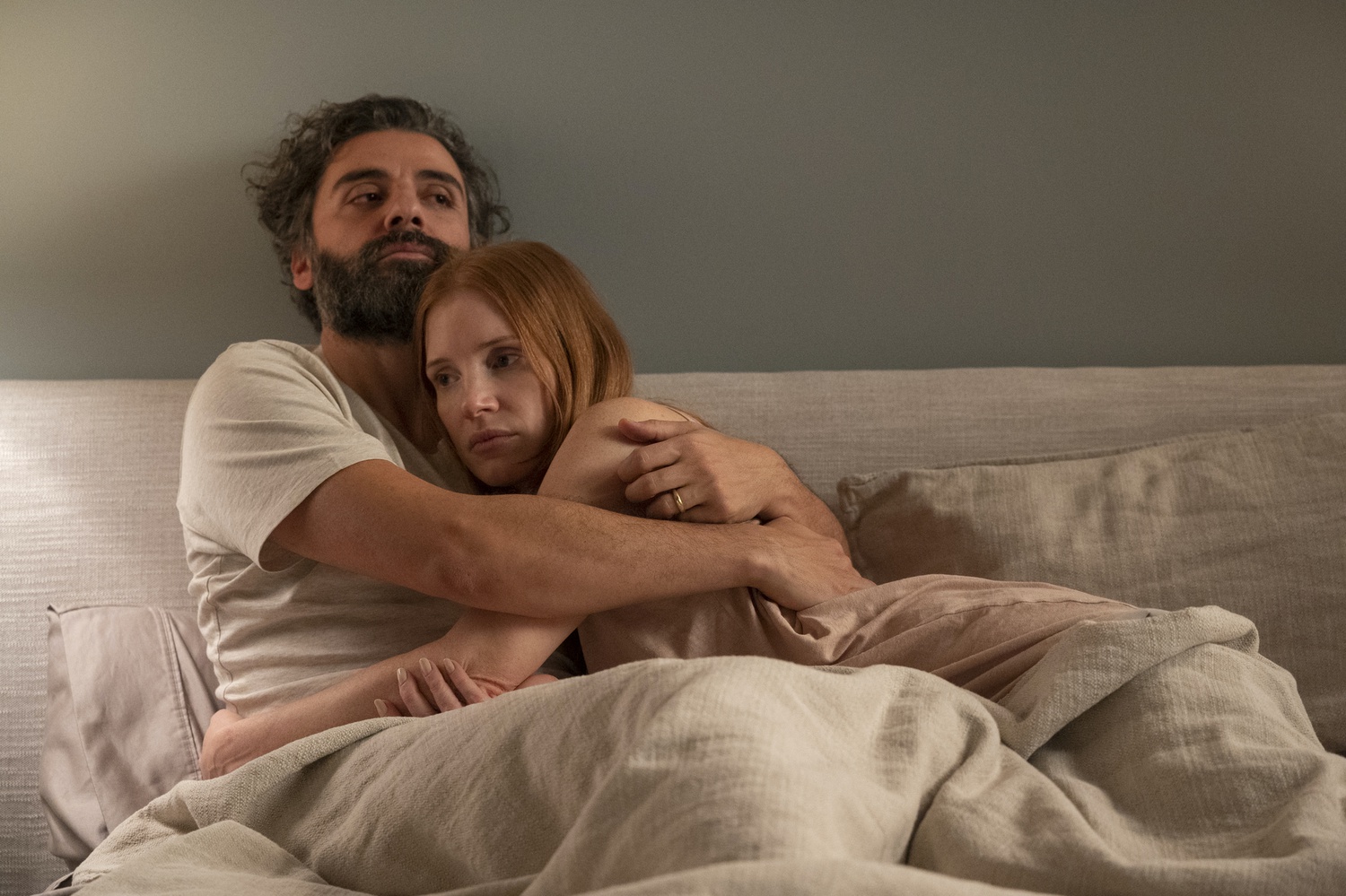 Oscar Isaac and Jessica Chastain in HBO's "Scenes from a Marriage." By Courtesy of Jojo Whilden/HBO
By Mikel J. Davies, Crimson Staff Writer

As HBO Max branches more aggressively into the original series space — a task competitor Netflix has done very successfully during this quarantine-ridden time with titles such as “The Chair,” “Sweet Tooth,” and a plethora of others — they’ve begun to find their niche with “Scenes from a Marriage.” Oscar Isaac and Jessica Chastain shimmer on the screen with striking talent as they portray the growing strains of their characters’ marriage.

This unique retelling of Ingmar Bergman’s story of love, loss, growth, and self-actualization modernizes a commonplace, relatable story about people struggling in their relationships.

The story begins with a fourth-wall break as Jessica Chastain, not yet in character, gets coffee, talks to masked assistants and eventually takes her place on set. Although never explicit, the explanation behind this walk-through of the corporate collage becomes clear far later in the episode. This walk is not just Chastain making her way to her place on the soundstage. This walk represents Mira, Chastain’s character, walking into the emotional maze and trap that is her home.

The remainder of the show unfolds largely in four scenes: an interview, a friendly dinner party, a pre-bedtime ritual and a visit to a doctor's office. The interview lays everything out between the couple: Jonathan (Oscar Isaac) is confident and takes control as a grad student interviews the typical heterosexual married couple.

Jonathan is talkative and reflective. When describing himself, Jonathan identifies himself as Jewish, a father, and an academic (what he believes should have been his first statement), telling the interviewer his age, his political affiliation, and even his history of asthma. Mira, on the other hand, describes herself primarily as a woman, married, and a mother.

Jonathan mentions his daughter, but not his wife. Mira, on the other hand, primarily bases her self-perception on her womanhood and femininity. The disconnect between them is uncomfortable. When she has the opportunity to talk about her profession, she clams up even further. In these first 20 minutes of the episode, aptly titled “Innocence and Panic,” it’s all panic. Mira really is trapped in the metaphorical maze shown through the fourth-wall break. She can’t get a word in, and even the music, or lack thereof, adds to the tension of the scene. At every moment, it’s clear that Mira doesn’t want to be there.

One line stands out as stark and telling in their relationship. Mira is talking alone with the grad student as Jonathan is tending to their daughter. She gently lets slip that, ”At the beginning of a relationship, it feels like nothing can hurt you. And then you gradually start to realize actually that anything can hurt you.”

The episode wraps up in the examination room at Mira’s doctor’s office after the couple discovers that Mira is pregnant. They don’t think they can keep the child and maintain their relationship. Jonathan is excessively helpful, making the space his own and trying to pace away his stress. Mira is numb as she sits on the procedure table, about to take the medication to induce an abortion. The scene underscores their strained and uncomfortable dynamic. By aggressively trying to comfort Mira, Jonathan emotionally smothers her. In the end, she asks him to leave and, in a harrowing moment, pulls a thin white blanket over herself until she’s hidden beneath it, an unidentifiable figure crying on a table alone. This scene right at the end of the episode shows the strife hidden deep inside this broken woman and her marriage.

As “Scenes from a Marriage” continues, it will undoubtedly become a phenomenal show. With its amazing casting and fantastic writing, plus a story that already wowed audiences once, its run on HBO Max is going to be one to watch.