‘Scenes From a Marriage’ Episode Two Review: A Deep Dive into the Heart of the the Original Show 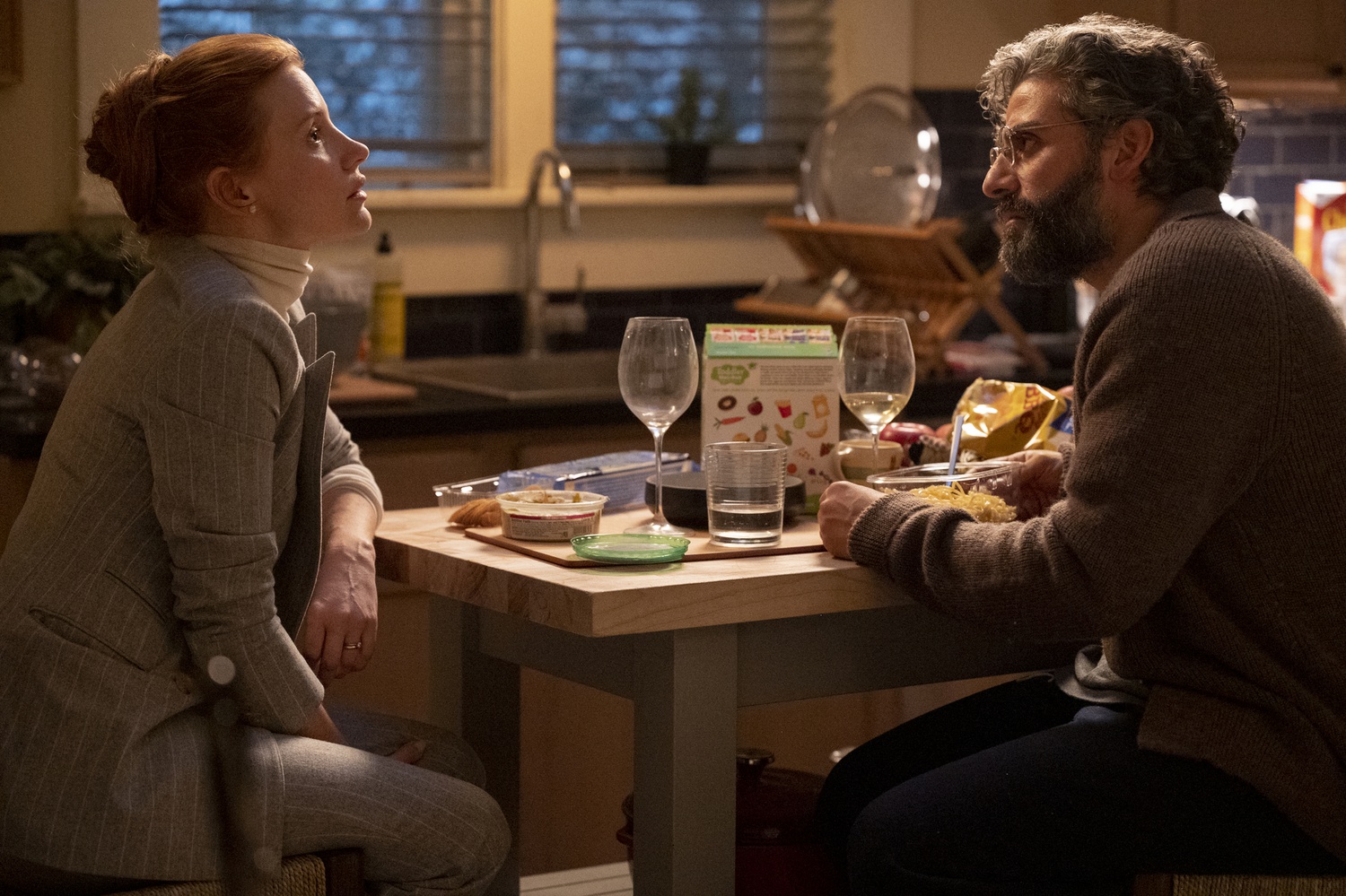 Jessica Chastain and Oscar Isaac in episode 2 of "Scenes from a Marriage." By Courtesy of Jojo Whilden/HBO
By Mikel J. Davies, Crimson Staff Writer

Titled “Poli,” the second installment of “Scenes from a Marriage” takes bold steps and further dives into the reasons behind the tension between the main characters Mira (Jessica Chastain) and Jonathan (Oscar Isaac). Their marriage is struggling, but one of them — Jonathan — is glaringly unaware of that fact. Their daughter and the prospect of another child are the bars of a self-made prison. “Poli,” through emotionally raw and expertly choreographed scenes, shows the everyday, constant threats to even what was outwardly perceived as a comfortable, happy marriage.

The show opens following Oscar Isaac through the set of the house as he makes his way to his position for the first scene. Just as this tactic was used in the first episode, this foreshadows the maze of strife that Jonathan is unknowingly walking into under his own roof. As this unique patterned entrance establishes itself, it will be an interesting opportunity to see the focus of each episode. Whose perspective will the audience walk into and settle down within for the episode?

Although the confession itself lasts less than a moment, the implications take the form of a beautifully curated 24 minute continuous shot. Jonathan and Mira argue in their bedroom, hopelessly trying to dissect the tragedy laid in front of them. The pain and shock turn to numbness and disbelief for Jonathan as he realizes he no longer has any control over his relationship. No part of this can be turned into a positive, and the best part of his life is actively trying to walk away from him and their daughter. In these moments, the pain in Jonathan’s eyes is palpable and heart-wrenching. The worst moments are those in which he is still defeatedly accepting the lost connection.

Then Jonathan wants to know about the man who stole his wife’s heart: Poli. An Israeli tech entrepreneur and CEO of a start-up under acquisition, the 29-year-old is everything that Jonathan is not. He’s young and vivacious, excited about every opportunity. Poli is risk-taking and gets what he wants. He’s exciting. Unbeknownst at the time, Poli was the reason — if only for a moment — that there was any spice in Jonathan and Mira’s lives. She was happy again.

She’s not happy with Jonathan — not happy in their home, their bedroom, or their relationship. He’s a forty-something professor working in a job he’s had for years and content in the quiet movements of his life. He’s innately comfortable with her by his side, so much so that he does not, or maybe cannot, see her walking away.

Then she leaves. For three months, she moves to Tel Aviv to manage the acquisition and merger of Poli’s company and her own. She calls a car at 7 a.m., not saying goodbye to their daughter, and leaves. Finally, in the aftermath of his world slipping away beneath his feet, Jonathan lets the festering emotion inside of him show. He calls their friends Kate (Nicole Beharie) and Peter (Corey Stoll) to see if they knew, and they did. He yells at them, berating them for letting her just walk away from him and their life together. Then he screams until his eyes water into his hands.

Their daughter Ava (Sophia Kopera), who won’t see her mother for three months, walks downstairs confused. She looks at her father, a vestige of a breaking man, in silence. Without a single speaking line in the episode, Ava manages to portray the disappointment, the sadness, and the confusion of the entire episode in a flash before the credits begin to roll.

Even the credits of “Poli” portray the new beginnings this family is experiencing. A soft blanket of snow continues to fall, dusting their quiet neighborhood in a beautiful, blank white sheet while eerie, disharmonious music plays in the background. Things are unsettled and cracking and the marriage between Mira and Jonathan is over.

The entirety of this situation is a perfect mirror of the original plot for the show of the same name by Ingmar Bergman. In the source material for the 2021 version of “Scenes from a Marriage,” it is the man who cheats and leaves the woman. It is the man who is the breadwinner and who barely sees his child. It’s stereotypical but also expected from the 1970s. The 2021 adaptation had to change and does so elegantly. Mira is the prototypical executive. She’s powerful and does what she wants. There’s no reason that the cheater which propelled the story had to be a man, and Mira fits that role perfectly.