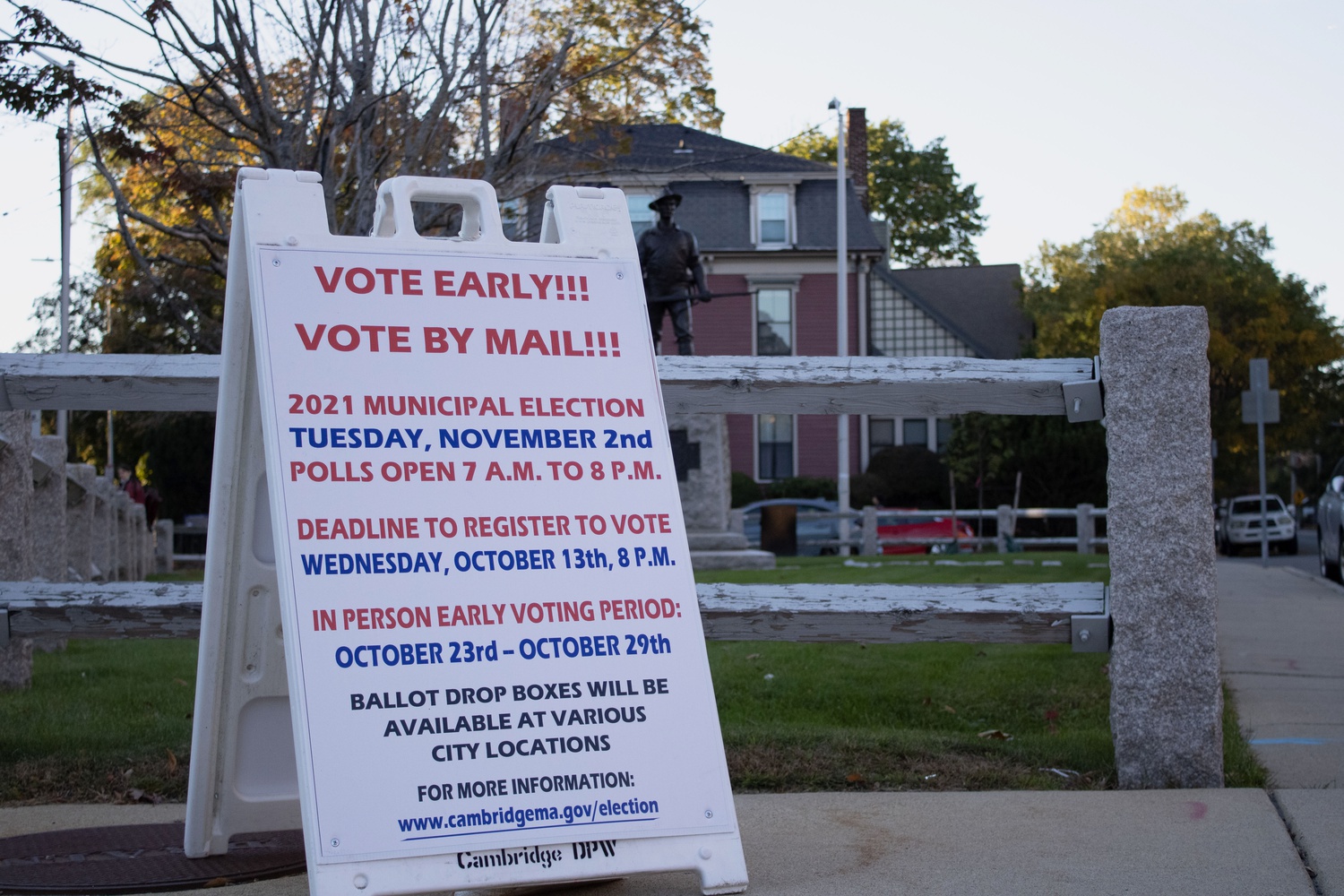 The election for nine at-large seats on the Cambridge City Council will be held Nov. 2. By Angela Dela Cruz
By Sarah Girma and Jennifer L. Powley, Crimson Staff Writers

In their bids to claim a seat on the Cambridge City Council, 11 non-incumbent candidates have proposed plans to resolve the ongoing housing crisis, amend the city charter, and reduce the city manager’s power.

The challengers come from a wide variety of occupations, ages, and backgrounds. These candidates, along with eight incumbents, are vying for nine open seats elected at-large through Cambridge’s ranked choice voting system.

Several challengers said in interviews that housing remains the largest and most pressing issue in the city, as did several incumbent candidates.

“​​The growing wealth gap in Cambridge is further dividing our residents,” Skeadas said. “Gentrification has contributed to a lot of displacement of multi-generation minority families in Cambridge.”

Candidate Dana Bullister said she is concerned about a lack of representation in local politics. This led her to focus her campaign on equity in political influence, and how income often determines who can show up to vote, voice their opinion at council meetings, or run for office.

“It’s discriminatory, it’s dysfunctional, and, of course, it creates a spiral that causes those who are less wealthy and less able to influence elections to not be heard as much,” Bullister said. “It’s no surprise that the wealthiest get their policy priorities pushed forward at the expense of everybody else.”

Bullister added she would combat this issue by funding a team to research “representative views” in the city and relay their findings to the council. She said she would also take steps to reduce the financial contributions that council candidates receive, especially from large corporations.

Candidates also proposed ideas to reform the city charter in order to reduce the power of the city manager, a position currently held by Louis A. DePasquale. Cambridge operates under Plan E, a form of government where the city manager — who is appointed by the city council — has full executive power.

Some candidates, such as Robert Eckstut, said they are concerned about what they see as lack of accountability for the city manager. In the past, city council legislation has been blocked by the city manager, as with the council’s municipal broadband feasibility study in May.

“The city council can make recommendations, they can cut budgets in certain cases, they can make different petitions, but they’re actually quite weak,” Eckstut said. “[The city manager] is the one who really has the power in the city.”

Eckstut argued Cambridge should switch to a mayor-council system of government in which residents directly elect both the council members and the mayor. Currently, the city council appoints a mayor and vice mayor from among themselves in the first council session of the term.

Candidate Burhan Azeem said each of the candidates this election are “ideologically different” on a local level, even though they are usually grouped as liberal and progressive on a national level.

“There’s also a huge difference in not only what we want to do, but how we plan to get there,” he said. “A lot of candidates care about climate change, but our plans to address climate change are really different, and I think that that has pretty big implications.”

Candidate Joe McGuirk said that though his career as a bartender is not typical for a member of the council, any Cambridge resident should be given a chance to run and govern.

“Every resident, no matter what their background, should have an opportunity to serve,” he said.

McGuirk added he wants the council to be more representative of the Cambridge population.

“The council has often been made up of land-owning or property-owning people who mostly are white-collar,” he said. “They have the leisure time and the energy to do this, and I think that that isn’t truly representative. I thought, ‘If not me, who?’”