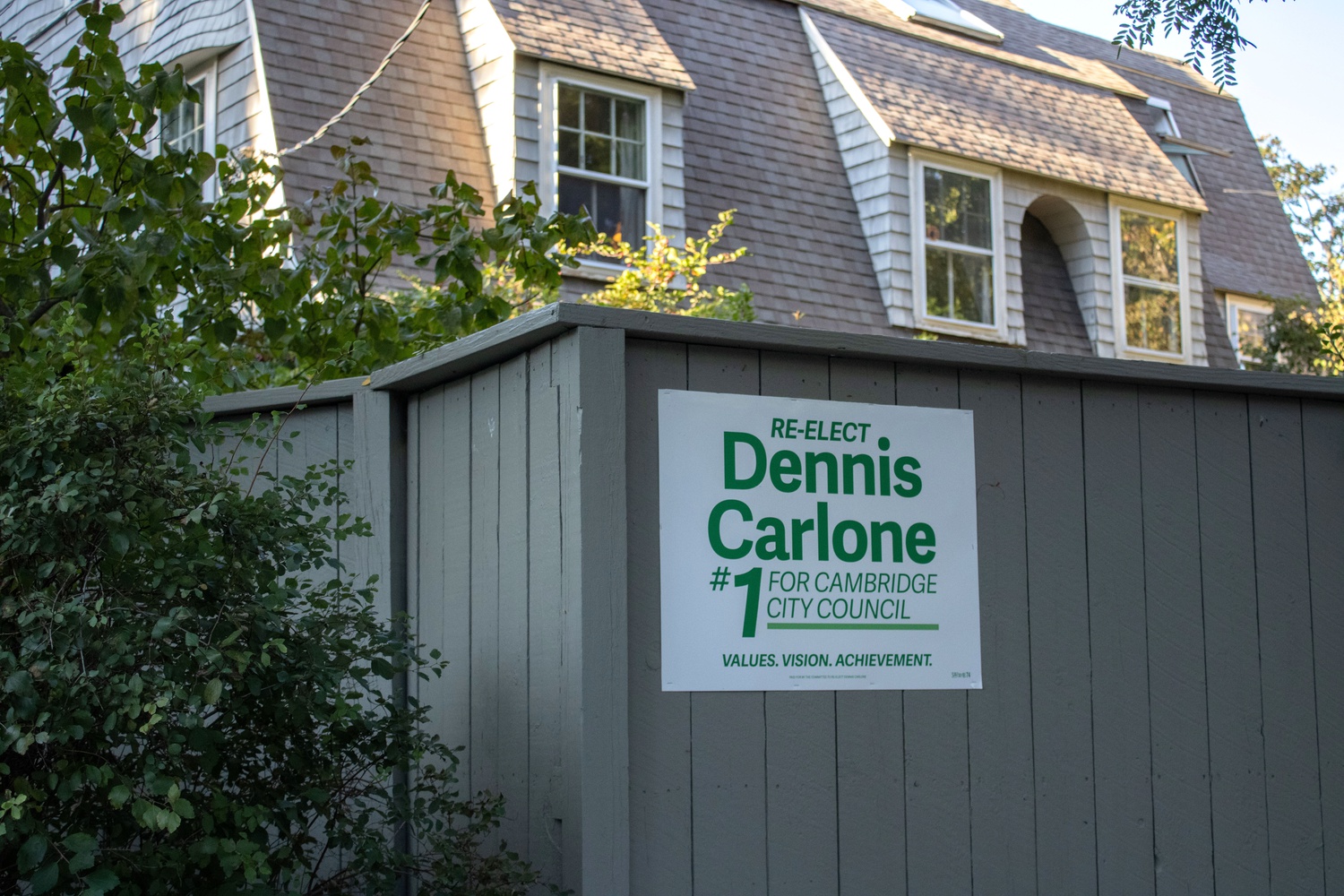 Cambridge City Council Candidates talked about arts and culture in a forum on Tuesday and are starting to distribute lawn signs. Elections will be held Nov. 2. By Angela Dela Cruz
By Sarah Girma and Jennifer L. Powley, Crimson Staff Writers

Thirteen City Council candidates spoke on the importance of arts and culture in Cambridge and their plans to support and respond to the needs of the arts sector at a virtual forum Tuesday night.

The forum was hosted by Create the Vote Cambridge, a nonpartisan advocacy campaign that aims to “raise awareness and support for arts, culture, and the creative workforce” through engaging with voters and candidates, according to the campaign’s website.

The arts and culture sector is a major economic driver in Cambridge. It generates nearly $175 million and provides over 6,000 jobs according to a report released in 2017.

Many candidates noted the arts sector is underfunded despite the large economic role of arts and culture in the city. They also highlighted the pandemic’s detrimental effect on artists, musicians, street performers, and other members of the creative workforce.

“The arts are a huge key to a strong economic recovery,” Vice Mayor Alanna M. Mallon said. “This sector was woefully underfunded pre-pandemic, and we have a tremendous opportunity to reinvest in this critical sector.”

Mallon also argued that the sources for investing can come from American Rescue Plan Act funding, the city budget, and investments from the private sector and university partners.

Other candidates such as Councilor Patricia M. Nolan ’80 also called for funding from local universities like Harvard — of which the endowment recently hit $53.2 billion — to support the arts and culture sector in Cambridge.

“We also need to include the universities,” Nolan said. “MIT and Harvard just literally gained billions of extra dollars on their endowment. Let's make sure that those are used by the City to more fund the arts.”

Candidates like Councilor Jivan Sobrinho-Wheeler and challenger Joe McGuirk noted the vital connection between affordable housing and the art industry in Cambridge for keeping artists in the city.

“The median cost for a one bedroom apartment is $2,200 a month in Cambridge and the median cost to buy is more than $800,000, and that has a huge impact on artists and musicians who are getting priced out of the city,” Sobrinho-Wheeler said. “We’re also losing affordable artists' working spaces.”

McGuirk had a similar sentiment.

“People who make our lives better by performing art in the city — they should have the opportunity to live here as well,” he said.

Challenger Burhan Azeem said that if elected, he would focus on the Central Square area as an avenue for expanding Cambridge as a hub for arts and culture. He added that the pandemic caused many renters to abandon Central Square, leaving many vacancies that can be utilized for arts-related development.

“If Central Square is going to the next hub that really changes, then we should change it in a way that's far better and really lives up to this designation as a cultural district,” he said.

First-time candidate Frantz Pierre discussed the importance of supporting Cambridge’s youth to succeed in the arts.

“I think it's time that we get the kids in Cambridge a true chance to succeed,” he said.

— Staff writer Jennifer L. Powley can be reached at jennifer.powley@thecrimson.com.