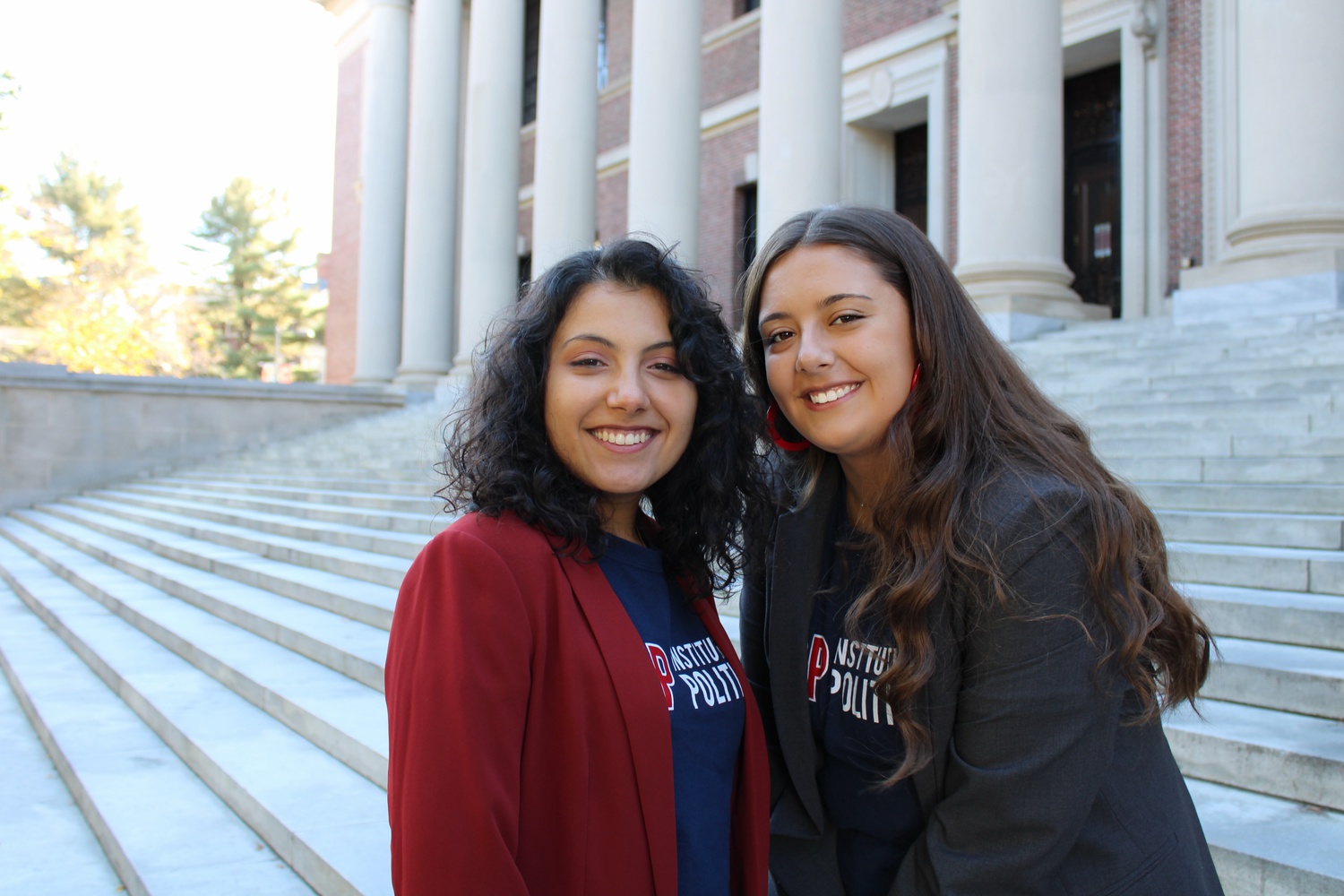 Janna E. Ramadan '23, left, and Tabitha Escalante '23 were elected president and vice president of the Institute of Politics. By Courtesy of Bhargavi Garimella
By Yusuf S. Mian and Claire Yuan, Contributing Writers

Four women of color will helm the Institute of Politics for the first time in its 55-year history, the organization announced Monday.

President-elect Janna E. Ramadan ’23, who will be the first Palestinian-American to serve in the role, said the election marks a shift in the diversity of the IOP’s leadership.

“I came in freshman year and only saw one person of color in leadership and met them within the first couple opening days of events,” Ramadan said. “Now, our four executive members of the executive board are all women of color.”

“I think it’s also a demonstration of the institution’s changing priorities,” Escalante said. “We’re glad that the Institute is ready to uplift a wholly women of color board — that’s incredible.”

Ramadan said she believes her identity will help expand topics of conversation at the IOP.

“Honestly, for me, it means that I can imagine an IOP that talks about conversations that maybe the general political discourse is not open to,” Ramadan said.

“Just by nature of me being completely and fully open about my identity, we have now opened the door to conversations about disputed territories and conflicts that are happening in the world that maybe tend to be more avoided in terms of political topics and conversations,” she added.

“We’ve made lots of strides over the years in terms of really making it an inclusive space for anyone and everyone, and so to see our highest student leadership be women of color is truly indicative of the work that’s been put in to make the IOP a more inclusive space,” Bahnasy said.

Outgoing vice president Kevin L. Ballen ’22 said the new administration will work toward ensuring students can bring their “full identities” to the IOP.

Escalante said she believes the IOP does not just cultivate leaders who are “future senators, future representatives, future Pete Buttigiegs,” but also those interested in being leaders beyond politics.

“We’re really here to make sure that everybody who comes in feels like they have a touch point to do what they want to do in the future and be at the top of their field and connect with the people that have come before them,” Escalante said.

Due to a transcription error, a previous version of this article misquoted Kevin L. Ballen ’22. He said the new leadership will support student expressions of identity, including race, in order to create “a really homelike and inclusive space.”