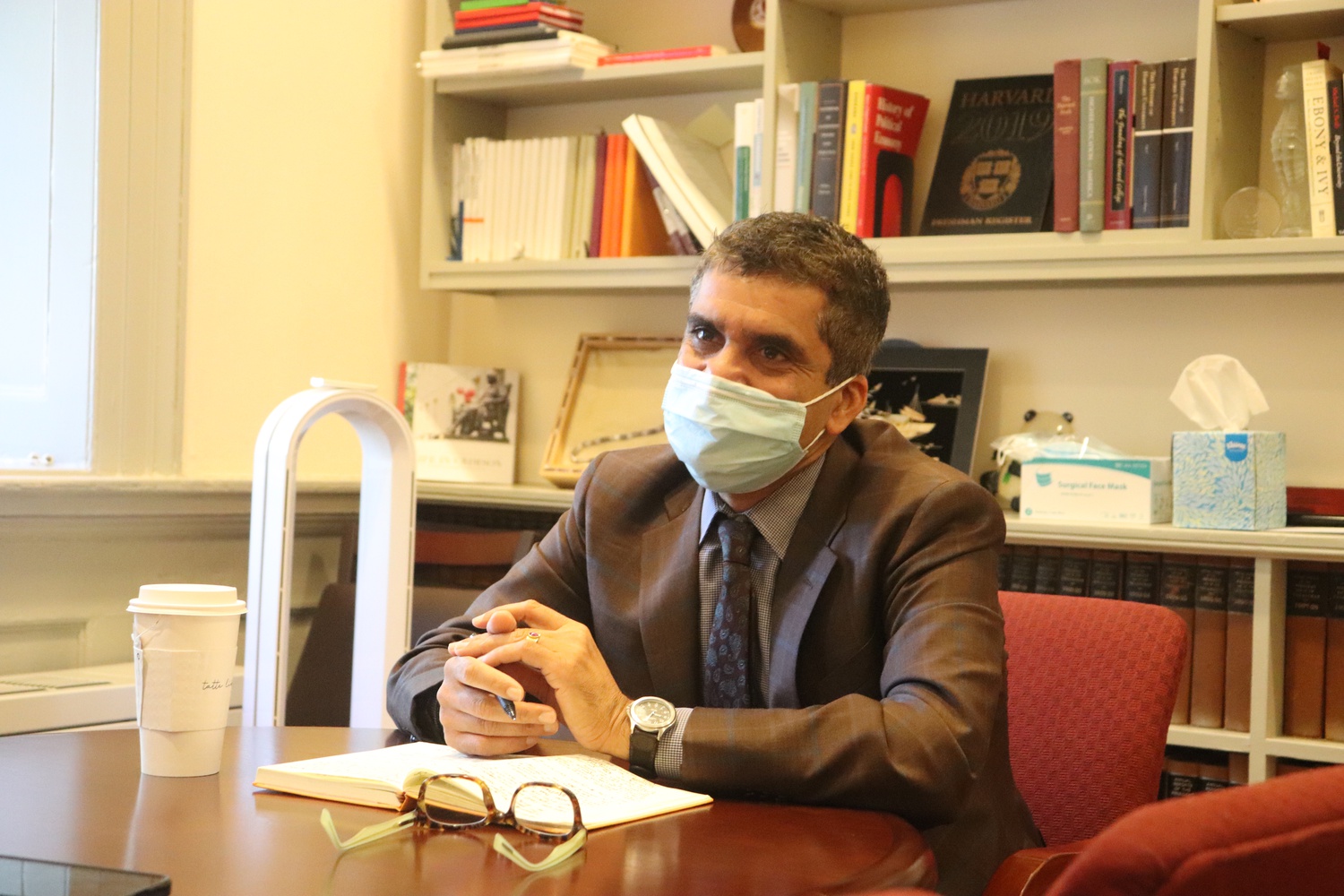 In an interview Friday, Dean of the College Rakesh Khurana urged students to be attentive to their safety during this year's Thanksgiving travels. By Truong L. Nguyen
By Alex M. Koller, Crimson Staff Writer

Dean of the College Rakesh Khurana urged undergraduates in a Friday interview to remain vigilant after a recent spate of local crimes and as many students prepare to travel for Thanksgiving amid the pandemic.

On Nov. 12, a man who appeared to be under the influence drove a truck into Harvard Yard, crashing into the edge of Lamont Library and nearly striking several students. The week before, a male assailant — accompanied by two other male suspects — stabbed a Cambridge resident near Mather House.

Khurana called the incidents “very distressing” and said maintaining the safety of College affiliates is “paramount.”

“We live in a city, and we live on an open campus, and that open campus creates a great deal of energy, but it’s porous,” he said. “It means we have to be very, very mindful of our surroundings.”

As students look ahead to a respite from classes during Thanksgiving break, Khurana acknowledged that many undergraduates will be traveling during the holiday and returning to campus after — a first since the pandemic’s onset — and said the College respects students’ travel plans.

During the Friday interview, Khurana added that students should observe current University health guidelines, including restrictions on gathering sizes and an increased Covid-19 testing cadence for on-campus undergraduates after Thanksgiving break. College students living in Harvard’s dorms will be required to submit three tests per week starting Nov. 28, the College announced in an email last week.

“All of us need to be vigilant as we enter this first large travel season while the pandemic continues, but recognizing that we are also in a better place than we were in many areas of our nation, than we were pre-vaccine,” Khurana said.